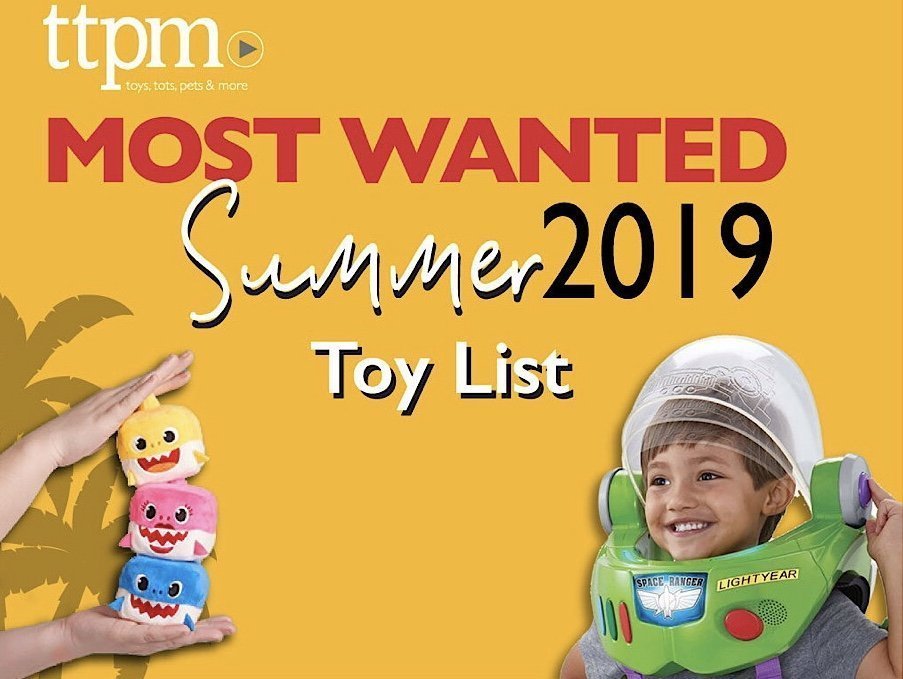 TTPM, the leading video reviewer for toys, tots, pets and more, has revealed its Summer Most Wanted Toy List featuring the hottest new toys at its annual TTPM 2019 Spring Showcase in New York. Selected by TTPM’s editorial team, the showcased toys are set to be a hit among kids and consumers this spring and summer. On National Bring Your Kid to Work Day, the event attracted media, social influencers, analysts and their kids who were keen to be hands on with all the new, featured products on the market.

“Our 2019 Most Wanted Summer Toy List is dominated by movie toys as it’s yet another massive year of summer films that translate into popular toys for kids,” says Jim Silver, CEO, TTPM. “You might notice that there’s a lot of classic brands featured on our list. Both the stories and moments of play they generate are timeless. There’s something for everyone on our list.”