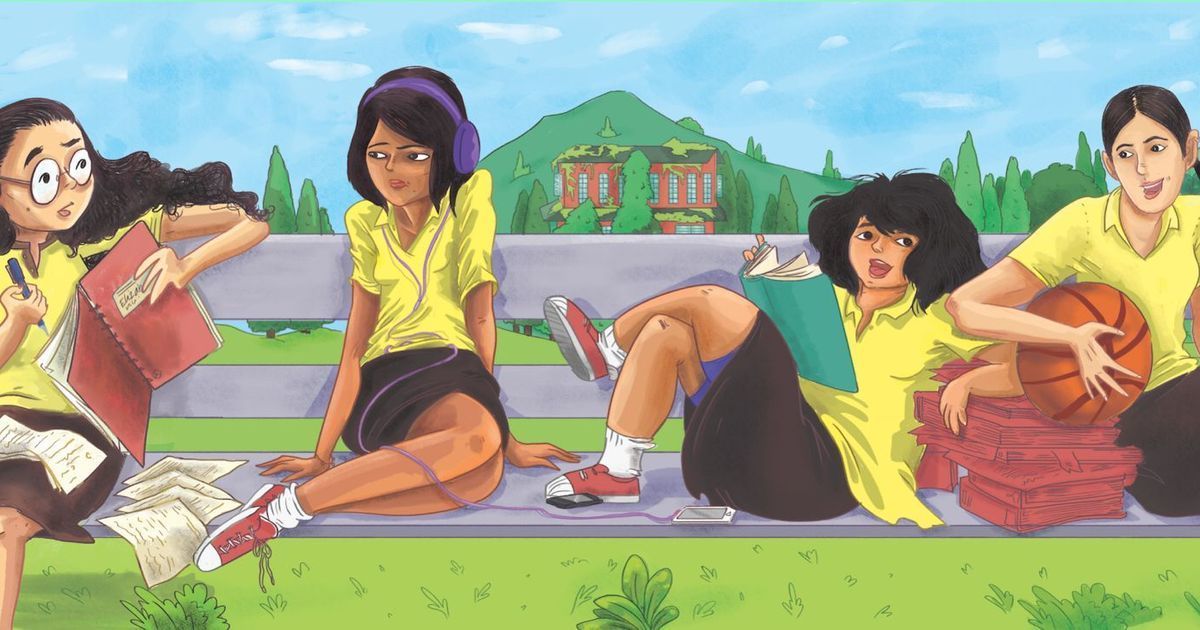 A lot of us grew up learning about the residential school life through books like Mallory Towers, the series taking us through the little triumphs and hurts of the feisty and mercurial Darrel Rivers and her adorable group of friends.The Hill School Girls series by Duckbill publishers is India’s answer to Malory Towers.

Set in contemporary Northern India in a fictional place called Lailapani, the Hill School series takes us through the lives of four friends- Maitreyi, Elizabeth, Mahrukh and Ayesha. 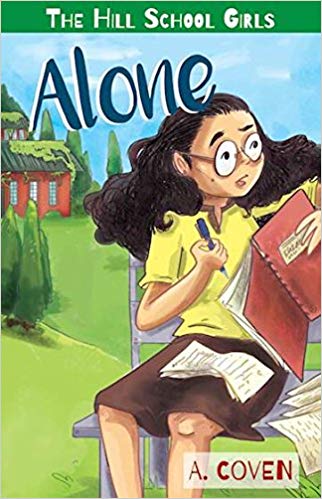 The series begins with the voice of Elizabeth, in the book called ‘Alone’. The title is apt for how Elizabeth feels. She is dealing with separation from her best friend of many years, Pallavi because their old school is undergoing a major upheaval. Everything she knows about the school- the name, the management, some of her teachers, her friends, including the school philosophy is about to change, and Elizabeth is not exactly welcoming it with open hands. That her friend Pallavi’s school seems to be hot and happening all the time doesn’t help one measly bit. Craving familiarity, Elizabeth treads carefully, taking everything- including the new Principal Ms Palak Nanda’s views on holistic education with a pinch of salt, while everything coming from her parents is taken with a huge sack of salt.

A class project has her working closely with three other spirited girls- Maitreyi, Ayesha and Mahrukh. Elizabeth chooses the theme of food for her project, but a mindless squabble with her friends has her tottering alone to the library. She manages to borrow a treasured cookbook by a legend in Laila Pani. And just when the four of them begin exciting work on their project, the book disappears!

What follows is a hilarious account of the girls breaking into houses and sneaking into closets, second-guessing mysterious footsteps and rummaging kitchens, until they lay their hands on the book again.

The book does a great job of taking us through how children( and even adults) warm up to a new idea. Ms Palak Nanda’s philosophy on education, a tad new to all of them, seems to stump everyone in the beginning- but they all warm up to it in their own unique ways.  The bittersweet experience of losing old friends and finding new ones is palpable in Elizabeth’s matter-of-fact tone- whiny, curious, excited, bored, jealous, caring all at the same time! 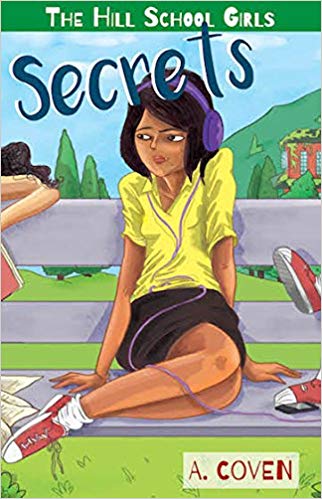 The second book in the series is in the voice of Ayesha- the new girl in Hill School who carries the nickname “Sulky Ayesha.’  While being in a new school is hard enough in, Ayesha carries the additional burden of secrets from her past school – something she doesn’t exactly regret doing but is definitely angry with the consequences it led to. Yet, the first year’s adventure with her 3 new friends lifts her spirits and actually makes her look forward to the coming term.

Ayesha is a perceptive kid with a precocious talent for music and computers. She is elated with the introduction of computers and the dashing Ahmed Sir in her new school, but the burden of her past secret holds her back. What happens if someone finds out? Will she still have friends? What was it that had her expelled from the previous school? Add to that- their beloved friend Pushpa Didi, the school gardener’s daughter is in trouble for no fault of hers, while the miscreants go scot-free.

Ayesha’s talent opens up to floodgates with a school play finds a renewed mission of working on issues like Pushpa Didi’s. The burden of her secret lifts and she is once again proud of herself!

Also Read: Book Review: ‘You Are Awesome: Find Your Confidence and Dare to be Brilliant at (Almost) Anything’ by Mathew Syed

The book does an amazing job of weaving an important social issue with the sensibilities of growing children. I also loved the scene where Ayesha’s mom gives a quiet rebuttal to her old teacher who brings up Ayesha’s expulsion in a not-so-subtle manner. The mixed feelings of the mother- sorrow for having to send away her rebellious child for something deemed intolerable by a few people but happy to see her child blossom in the new atmosphere is beautifully portrayed. 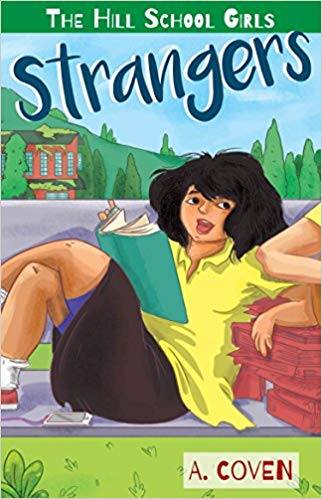 The third book in the series is in the voice of Maitreyi, the daughter of the strict, Indu Miss at school. Maitreyi has always seen her mom super-efficient and fully in control  – and wary of showing too much emotion.  But now she is faced with not just dealing with a teary, emotional mother, but also the sudden appearance of a brother who she has never met. Angry with this sudden intrusion into her life, Maitreyi sees her mom’s continued communication with her far-away dad as a kind of betrayal.

Added to her frustration is the fact that her brother has actually joined Baldwin’s school, the strict school with its high walls and uppity students.  The students of Baldwin and Hill School come together for a social project of setting up a school. In the middle of running social media campaigns and painting walls and solving a mysterious theft and confronting bullies, Maitreyi gets to know her brother- and even begins to feel protective and proud of him. An unexpected bonus is that the Baldwin boys are now in awe of the way Hill School handled the bully and so, it’s officially “cool” to belong to Hill School now.

The book brings out the sensitive and ubiquitous challenge of dealing with bullies and the many ways it can happen and go unnoticed.  And while the sympathies of the reader lie with the underdog character, I loved the way it also touches upon how the bully might cope after being found out.

The book gets another flourish of mystery by keeping the author anonymous- keeping the readers playing a guessing game. The effortless character sketches, especially of the students reveals the author’s not just an understanding of the Indian diaspora but also the uniqueness of the growing-up years.

I think the series is a great way to not just know the workings of the adolescent mind, but also a lovely way to relive your own adolescence- rebellion and all! Might I add that it had me wishing I had studied in the Hill School myself!

As a parent, you just have to be there: Dr. Tanu Shree Singh, Author of ‘Keep Calm and Mommy On’

Katha’s “The Mystery Of The Missing Soap” Makes The Corona Virus Relatable For Little Ones.