“Adolescence is a border between childhood and adulthood.

Like all borders, it’s teeming with energy and fraught with danger.”- Mary Pipher

We’ve all been an adolescent once. We remember what it’s like to be one, don’t we? The intense emotions, the drama (at least in my case), and the inability to think beyond the present moment. Maybe we differed in the magnitude of those emotions, or the drama or the impulsivity. But, the reality we inhabited was clearly apart from that of children or adults.

Now as I watch my teen navigate these sandwich years between childhood and adulthood, aptly named young adult, I wish I had a support group for this phase of parenting. There are support groups for every single developmental phase- infancy, toddlerhood, elementary age, middle school; and all the way… until adolescence. What is it about the teen years that make parenting so exasperating and energy sapping?

The teen brain: What’s happening in there? 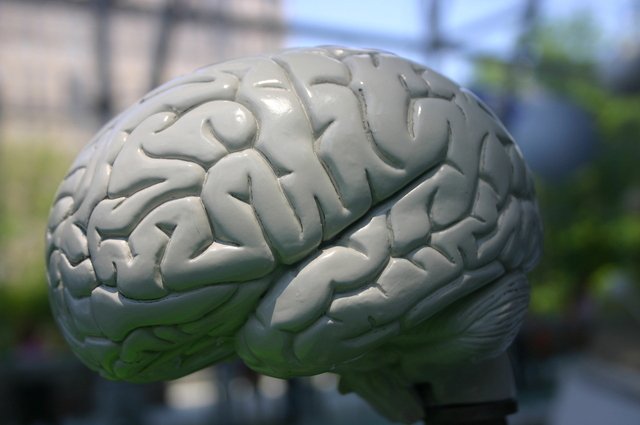 It is widely known that the formative years are called formative because 95% of brain development takes place before the age of 7. But, did you know that there is another critical developmental phase which is during adolescence- between the ages of 11/12 to 25.

Synaptic pruning- Why does it happen and what are its effects.

Brain development during adolescence has been described as a process of ‘expansion and regression’. Children are called sponges for a reason. They’re creating neurons and expanding their synaptic connections between neurons. Their brains are also engaged in regression which is losing some synaptic connections if the latter aren’t strong enough. (That is why repetition works so well in forming lifelong habits, especially in childhood).

This process is continued in adolescence with the difference that the rate of regression is much higher than that in earlier years, called synaptic pruning, leading to a more efficient and relatively adult-like brain. This pruning would mean that those connections that remain- strengthen further -or the connections which are weakly established are pruned. All the more reason to coach your adolescent on beneficial habits, especially life skills development that will cement during this stage.

Amygdala at the center: excitable brains.

The Amygdala which is a part of the limbic system is responsible for forming and storing memories relating to emotional experiences. It is also instrumental in positive conditioning which makes the individual more receptive to rewards as a motivating factor; rather than being motivated by a sense of duty or because-that’s-how-it’s-done.

For instance, if ‘goal setting’ is an abstract life skill that needs to be taught to your 9th grader, you will have to remember that it’s more likely that he/she is motivated by the tangible ‘what am i getting out of this’ than the abstract ‘triumph’ of reaching the goal.

Must see : A cool infographic of the science behind your teenagers brain

The amygdala also makes adolescents particularly receptive to emotional responses and storing memories associated with these experiences. Learning, then, becomes a minefield of emotions. Subjects that evoke displeasure are shunned and likewise, topics that are liked are obsessed over. I remember doing really well in English during high school because I had a superlative teacher. And doing poorly in History because, you guessed it, I disliked the teacher.

Which brings us to another point, the precedence of the ‘affective’ over the ‘regulatory’ systems means that the adolescence is particularly vulnerable to forming addictions. Their frontal lobe, which is the seat of decision-making, reasoning, planning and strategizing, risk assessing; is underdeveloped and will not develop fully until after the age of 25.

I.e. The knowledge of the adverse effects of drug use would not deter a young adult under the age of 25/26 unlike it would a person over that age.

In short, a neurotypical healthy teen is reward seeking, excitable, given to and motivated by strong emotions, remembers events and experiences driven by those emotions, is vulnerable to peer influences because of poor risk assessment and is unable to foresee future consequences of present decisions or choices.

Research emphasizes that the characteristics listed above are along the expected development trajectory for their age. In fact, it’s the rite of passage in adolescence for them to develop an identity distinct from their parents, to develop the capacity to make their own decisions and take responsibility for it.

So, how do we, as parents, help teens develop as expected, to encourage overall well being?

Dimensions of well being: How sleep, food, peers and exercise affect your teen.

According to the Mental Health Foundation, well-being can be described as that which    “ …enables an individual to be able to function in society and meet the demands of everyday life; people in good mental health have the ability to recover effectively from illness, change or misfortune.”

Wellbeing is an interplay between one’s emotional, cognitive and physiological condition. A chronically and acutely ill person who is predisposed to cheerfulness and positivity is rare. Likewise, it is assumed that a positive and cheerful person is more likely to be emotionally, cognitively and physically alert, active and even tempered.

From my observations and experiences it is apparent that many Indian teens, especially between 9th and 12th classes, and young adults are chronically sleep deprived. If your teen sleeps less than 8 hours in a 24 hr period, s/he is vulnerable to developing long term health problems or have adverse effects on cognitively demanding tasks.

Chronic sleep deprivation could be attributed to the usual school related pressures of homework, assignments, tests or could be because he or she is too mentally stimulated before bedtime. Blue light emitting devices such as tablets, mobile phones within an hour of bedtime have been found to increase alertness and delay the release of melatonin which is the hormone responsible for restful sleep.

Another reason to be mindful of the importance of restful sleep in adolescence is the correlation between the Human Growth Hormone which is secreted during the sleep cycle. HgH is critical during adolescence as it makes children grow taller and stronger. Any disruption in its secretion would, as you rightly conclude, disrupts the normal growth of bone mass and muscle which could prevent the adolescent reaching his/her full genetic potential in height/weight.

“Through you, I become me” – The philosophy of Ubuntu.

Adolescents are developing a sense of their place in the world and their peers become a big part of this identity formation.

‘How do I see myself through your eyes’ and ‘how do I see myself in isolation of you’ are working together to form a coherent sense of ‘self’. And when a teen is surrounded by a diverse group of peers from different socioeconomic and cultural backgrounds, it helps the former develop a more complex and nuanced understanding of social relationships which go beyond stereotypes. Not to say that you should encourage your teen to have friends who would influence them into poor decisions, but rather that peers with similar interests and values but from different religions, cultures and economic backgrounds will leave positive impressions on your child that are lifelong.

I remember spending hours discussing books with a friend (different religions) who was as much a booklover as me, which fed and sustained my love for reading for years lasting well into adulthood.

There’s enough data online about the impact of nutrition on health across all ages, but I would just point out that hydration plays just an important role as nutrition. Ensure that your teen stays hydrated with the recommended amount of liquids (water, milk, juices etc) but excluding carbonated drinks. One can be at the right weight for height and yet suffer from malnutrition. If your teen is chronically sluggish, exhausted and irritable, check for sleep deprivation and then nutrition- especially mineral and vitamin deficiencies. A blood test is the best way to diagnose and correct deficiencies, especially Iron, Calcium-Magnesium and vitamin D3 which have a wider impact on overall teen health and immunity.

Exercise has not only been positively correlated to a smoothly functioning endocrine system (responsible for metabolism and growth), but also healthy sleep-wake cycles. Research studies reveal that teens who exercise regularly have been shown to be performing better academically than those who don’t. Furthermore, physical activity helps regulate the stress hormone ‘Cortisol’. When your body releases cortisol during a workout, dopamine and endorphin, chemicals that make you feel good are secreted.

And As Elle in Legally Blonde declares “Exercise gives you endorphins. Endorphins make you happy”.

The 5 angle action plan for a healthy, well-adjusted teen.

What changes does the parental role undergo?

So, the key takeaway from research on adolescence is that they are vulnerable; because they are emotionally intense and reactive, susceptible to peer influence, are unable to effectively plan ahead, cannot assess or avoid risky behaviours, and have poor impulse control.

But, they are transitioning to adulthood, which means that they are in the process of developing a self-identity, empathy, sense of who they are in the world, becoming more assertive, maybe rebellious, and want to own their decision making.

Often, the push-pull dynamic between an adolescent and the parent is stressful to test the patience of even the most saintly, giving parent.

So what is a parent to do?

Studies have shown that parents who exhibit the following behaviours or actions have teens who grow up to be well adjusted adults.

Parent as an anchor, scaffold and buffer

A little bit of drama is expected and acceptable behaviour at that age, but disproportionate anger, disrespect is not. As a parent, you will know when your teen crosses that line. Trust your instincts, curb their behaviour before it escalates and remind them of acceptable behaviours.

It is an uphill task for a parent to be an anchor, scaffold, buffer to their teen if they  themselves aren’t mentally, emotionally strong. How can you guide, coach your teen when you are struggling with your own unresolved issues?

Your oxygen mask on first. 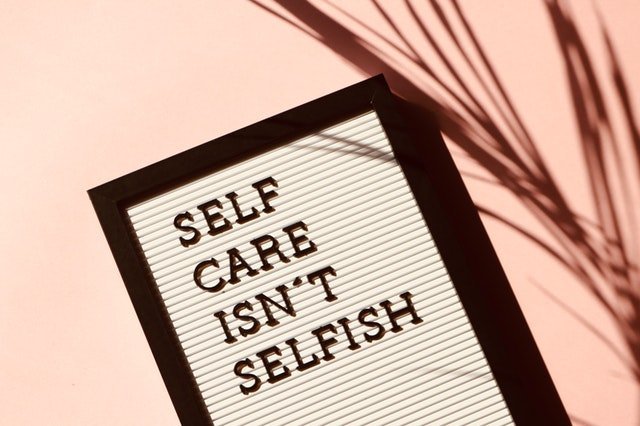 Or as self-help books say “How can you pour from an empty glass?”

Find spaces in your days to recharge your batteries. Not just for your family but primarily, for yourself. It could be a workout session or meditation hour, or a lunch with friends etc. We are individuals with our own dreams, wishes, goals and needs and they should not be subsumed by the needs of the other roles we enact- a mother, father, wife, husband, etc.

So, don’t feel guilty or permit anyone to guilt you about taking some ‘me-time’ everyday. I wake up before anyone is up and go for an hour long walk in the morning, it serves as a meditative space, exercise outlet and mental health break. Do what is needed to fill your glass.

Vaginal Birth or C-Section for Childbirth: How Your Birthing Choice Affects Your Baby

The Science behind your Teenager’s Brain!