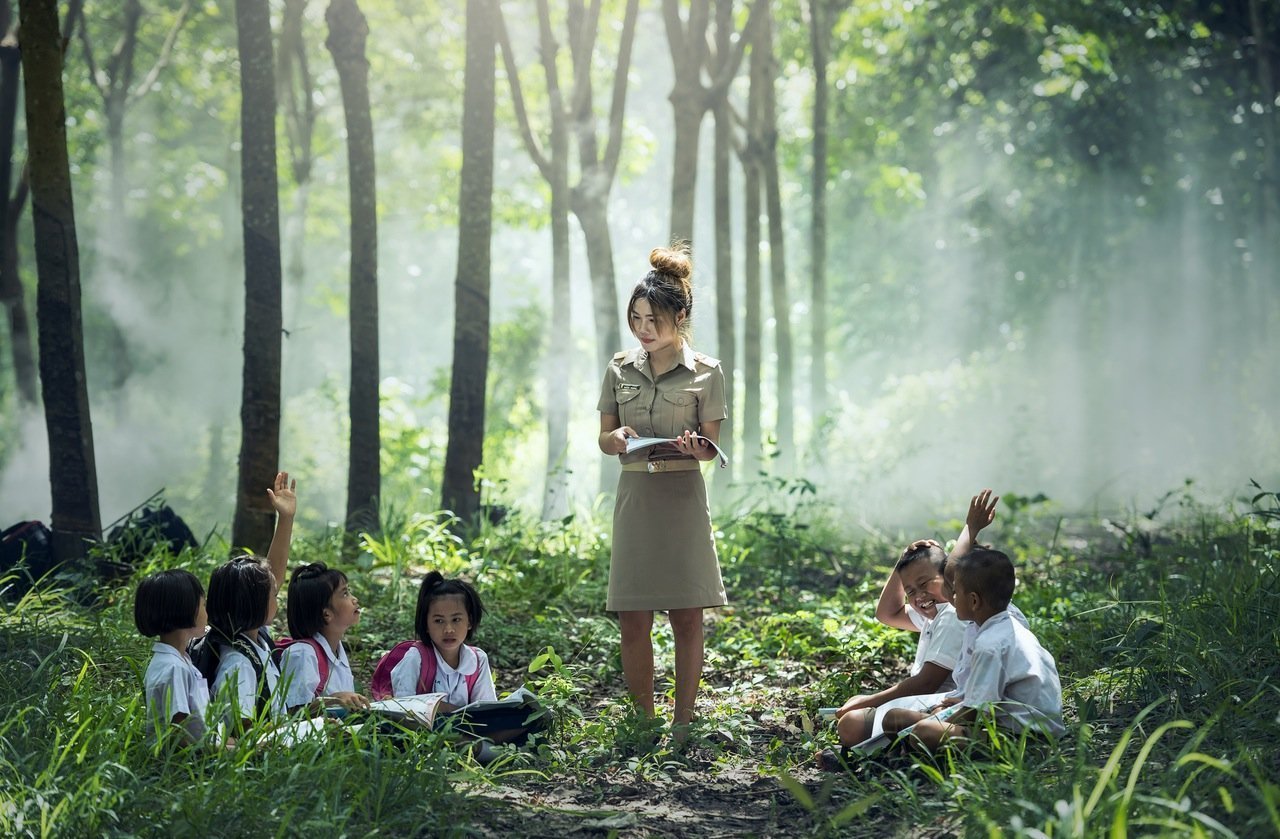 Anybody can tell a story. Right now maybe you are telling one-to yourself, God, a friend or family!

A story can be as simple as a conversation or as complex as an epic. A series of events threaded together is a story. When told naturally, expressions, voice modulation, gestures and movement accompany the story – the story then becomes a telling.

Storytelling has come a long way from being a simple form of entertainment to a business brand. In days gone by people would flock around a storyteller-in my case it was my grandmother. As she told episodes from the epics or folktales, in retrospection, I see her simple delivery-a conversational tone with animation thrown in at the right places. Her gentle rise and fall of voice, her widening and narrowing of eyes, her face, a sea of emotions as she played the characters in the story. I watched her spell-bound. And long after, the stories would flash in my mind’s eye and my imagination took wings. I even created my own stories and made up characters!

Today as a storyteller that is what I hope to give to my audience-ignite their imagination, kindle their creativity and fire their thinking cells. Every person in the audience needs to take away an experience-one that lingers long after the curtain call.

And to give the audience such an experience, a storyteller must bring to the fore all that she or he can give to the story. From a mere telling then, the story slips into a performance. As a weaver weaves the fibres of different colours into a design, so too the elements of storytelling blend to emphasize the story. A song here, a dance there; a repetitive refrain, a symbolic gesture, a flick of the hand, a tilt of the head- all these enhance the telling. So does the pitch, tone , pause and delivery while speaking. Mimicry works well too.  Matching facial expression to the emotion expressed should come naturally.  When all these elements come together, storytelling transcends to the level of an art-form.

Now, this direct visual graphic art form gets implanted in some part of the brain. The message that it imparts slowly becomes a part of the thinking process. A story has thus wrought a change! To a large extent this was because of the way it was told.

With the developing trend in storytelling, stories have taken a new avatar. They are now used in schools to teach lessons, in businesses to project data, in companies to enliven the stressful environment, in media to make an impact and in homes to forge bonding.

One of the greatest impact stories and their telling have is on children. Their impressionable minds absorb the story like a sponge. And when the storyteller is good, really good, the story is etched in their minds, forever. The message imparted through that story goes down well with them. Especially metaphors-metaphors in stories strike a chord. The change in behaviour can be almost instantaneous! Be it keeping a room clean, respecting everyone, love for nature, being kind and compassionate or any of these “life’s lessons”, spinning a tale on them is sure to evoke a positive response.

A child nurtured on stories may well be on the road to becoming a good storyteller! This means he or she will be a confident public speaker, have a vocabulary that helps in eloquent speech, develop good communication skills and an imagination that helps thinking out-of-the box. Little wonder then that there are rich sayings in most cultures around the world on the importance of stories and storytelling.

To quote some, “Stories are how we learn. The progenitors of the world’s religions understood this, handing down our great myths and legends from generation to generation.” —Bill Mooney and David Holt, The Storyteller’s Guide

“Australian Aborigines say that the big stories—the stories worth telling and retelling, the ones in which you may find the meaning of your life—are forever stalking the right teller, sniffing and tracking like predators hunting their prey in the bush”. —Robert Moss, Dreamgates

Stories are a big part of our life, have always been and will continue to remain so. All we have to do is tell them,well.

Asha Sampath is an educator turned professional storyteller. As a service officer’s wife she has taught in schools across India and also served as principal of two IAF-run schools. She truly believes in the power and magic of stories. In her words, “Since stories are not limited by barriers of age, field or time, they offer limitless possibilities to transform individuals and thereof society.” She is passionate about reviving the oral tradition and conducts storytelling sessions and workshops regularly. To help spread awareness about stories and storytelling, she began a Facebook page Tale Spin: a platform for stories (www.facebook.com/TaleSpinaplatformforstories) which she updates frequently with useful information. She is an advisor for the Chennai Storytelling Festival conducted annually and a coordinator for the growing band of Chennai Storytellers.

Want to Better your Brain? Now, there is a Brain Gym!!!

Learning through Stories – Meet the woman who set out to change how children learn!

Will Digital Spaces Replace The Need For Human Connection In The Future?