Belouga: Where Globalization and Education Meet 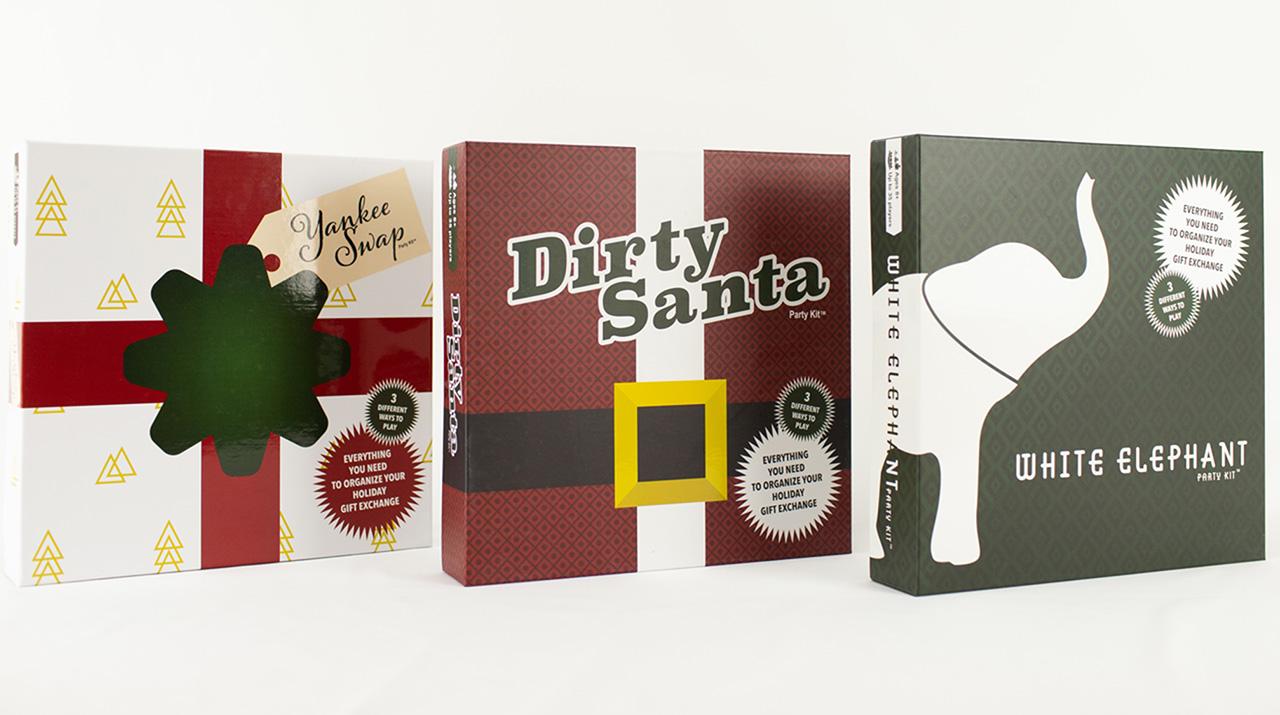 SolidRoots is an emerging game company behind three brand-new games that are directly inspired by the practice of gift swapping.

SolidRoots is an emerging game company that just celebrated the Christmas season by offering three brand-new games that are directly inspired by the practice of gift swapping. “White Elephant,” “Dirty Santa,” and “Yankee Swap” are their three debut titles that were designed by a team that dug into America’s long-held tradition of gift swapping come December 26th (affectionately known as “Boxing Day” overseas).

SolidRoots explains that each of their gift swapping games have the same setup and gameplay, but each kind is uniquely branded. So, whether your family is disappointingly burdensome, disgustingly helpful or deviously dirty, you can enjoy each kit as you create unforgettable holiday moments.

Series founder Jennifer Armstrong recently discussed their experiences developing the brand and their hopes for its future via an exclusive interview. 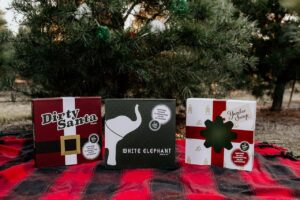 SolidRoots games are perfect for occasions when families gather together.

Meagan Meehan (MM): You are a homeschooling family, so how did that play a role in you starting your own game company?

Jennifer Armstrong (JA): So about four years ago, my kids asked me to homeschool them. I am NOT a typical homeschool mom and I had no idea what I was going to do with them. I decided that we needed some sort of creative project to work on and figure out together. I had had the idea to make a party kit for our annual Dirty Santa gift exchange, but we never did anything about it because we weren’t sure how to get started. So, the kids and I figured out how to trademark it, make a prototype and from there it just snowballed! We figured out how to find a manufacturer and then we learned about distribution and warehousing. Within a month or so of having them made, Hallmark reached out and gave us a purchase order! It really got nuts from there, but that was really how it started. Just by being bored and having the time to sit down and figure out the process.

MM: How did you come up with the concept for your games? Specifically, why was gift swapping such a key source of inspiration?

JA: Haha! Well… if you know our family, you know that we are pretty competitive. We have a huge, loud, Italian family and we all love to play games and more than that, we like to win! So, one of my aunts suggested playing a gift exchange game instead of buying gifts for anyone – that was over 30 years ago! It stuck and it became our most favorite tradition. We have zero cares about stealing gifts from anyone, so it makes for a rather ruckus experience! The one thing about the game is that it can be kind of chaotic to control and we could never agree on the rules. So, for years I said that one day someone was going to box it up and make it easier and more fun. I just decided to be that person! 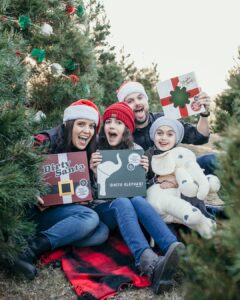 SolidRoots is a family company.

MM: Do you have a favorite out of the three games and what aspect of the game play do you consider to be the most fun?

JA: Well they are all the exact same game, just branded differently based on what people’s traditions are. A lot of people call it White Elephant. Up in the North East they call it Yankee Swap. I am pretty partial to Dirty Santa because that’s what we call it in the South.

We also have a few new games out now that I am super excited about. Momo’s Shanghai Rummy is a card game we made inspired by my late great-grandmother, Momo. She tweaked this game to use a lot of jokers and gave people the ability to buy and steal cards. We steal a lot in our games and I am just realizing that! Ha!

Our newest game is a trivia game for the entire family. It is called “Mind the Gap.” As you go around the board you have to answer pop culture trivia questions from the past four generations: Boomers, Gen X, Millennials, and Gen Z. It forces the generations to work together to get around the board. We love that one because it’s just a little dose of positivity and fun in a culture that seems to not be able to appreciate differences anymore.

MM: How did you decide to name your company SolidRoots?

JA: When Chris and I first got married, we moved out of state for a job. It was 2004 and at the time he was trying to teach himself web development and design. We needed to buy a web domain that he could play around with and make sites on. We came up with SolidRoots I think because we were homesick. We never got rid of it and when we decided to turn this project into a full-blown company, SolidRoots seemed like the perfect choice. It had some sentimental meaning to us, but it also embodied the underlying message of our company which is bringing people together through fun experiences. We say that we want your friends to become your family and your family to become your friends. 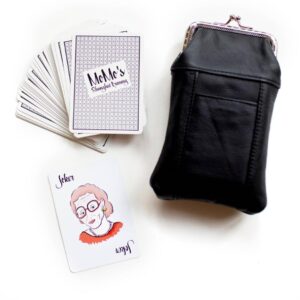 SolidRoots has plans to release many more fun games in the future.

MM: How did you create the prototype games and how different were they from the final products?

JA: Oh my… this was the hardest and the easiest part. The hardest part of it was thinking, “How do I get this out of my head and into my hand?!?” It just felt overwhelming. Then when we finally got through that mental block, we literally just went to Hobby Lobby and bought small wood and paper pieces. We used old board games and covered them with new materials and we printed out basic covers and designs. It was the ugliest thing ever, but it inspired us to go to the next level. I will send you a pic of what the prototype looked like vs our first manufactured version. BIG difference. But the prototype excited us enough to keep going.

MM: What was the process of finding a factory to produce these games like?

JA: The process was: 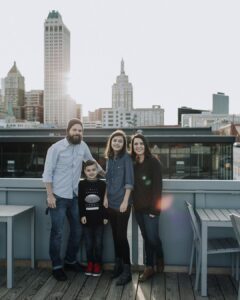 JA: It’s two-fold. The first is just the fact that homeschooling the kids gave them a front row seat to an invaluable real-world experience. It has inspired them and now they both have their own ideas/ products/ and projects. They think it is totally normal to have an idea and turn it into a business. So that will continue to be an asset for them for the rest of their lives and for that I will always be grateful.

On a personal level, it has been awesome to be accepted so quickly into the industry. We have been able to achieve so much retail success in a relatively short amount of time. Companies and reps have responded to our story in such a positive way. They love the fact that we are a real family making products that we actually love to play, and I think it is maybe refreshing to see products with some authenticity beyond just trying to crank out mass product.

JA: In ten years we plan for SolidRoots to be synonymous with the best gifts and games on the planet. When you are needing the perfect experience or gift to make someone feel known and loved, you will come to us. We want to build something that is both fantastical and profound and that brings people together. I think we will have a landmark retail location unlike any other store anyone has ever seen. And not least of all, we want for our company to give back in big ways by bringing fun and meaningful experiences to people and places that lack community – like homeless shelters, nursing homes, prisons, or the foster care system. We tell our kids every day that we are not building this for a lifestyle, we are building this for a legacy. We have been blessed with some many wonderful people in our lives and so much joy and we want to share that with the world in the most creative and fun way that we can.

MM: Are there any upcoming events–or impending releases–that you would like to mention?

JA: Yes! “Momo’s Shanghai Rummy” is now available on Amazon as well as on SolidRoots.com and “Mind the Gap” is coming this Spring! Follow us on social media @makesolidroots or sign up for our newsletter, The Cheat Sheet on our website to keep up with all the crazy news!