Skip to Content
Home / Impact Education / School Fees During Lockdown: Are The Cracks In The System Finally Showing? 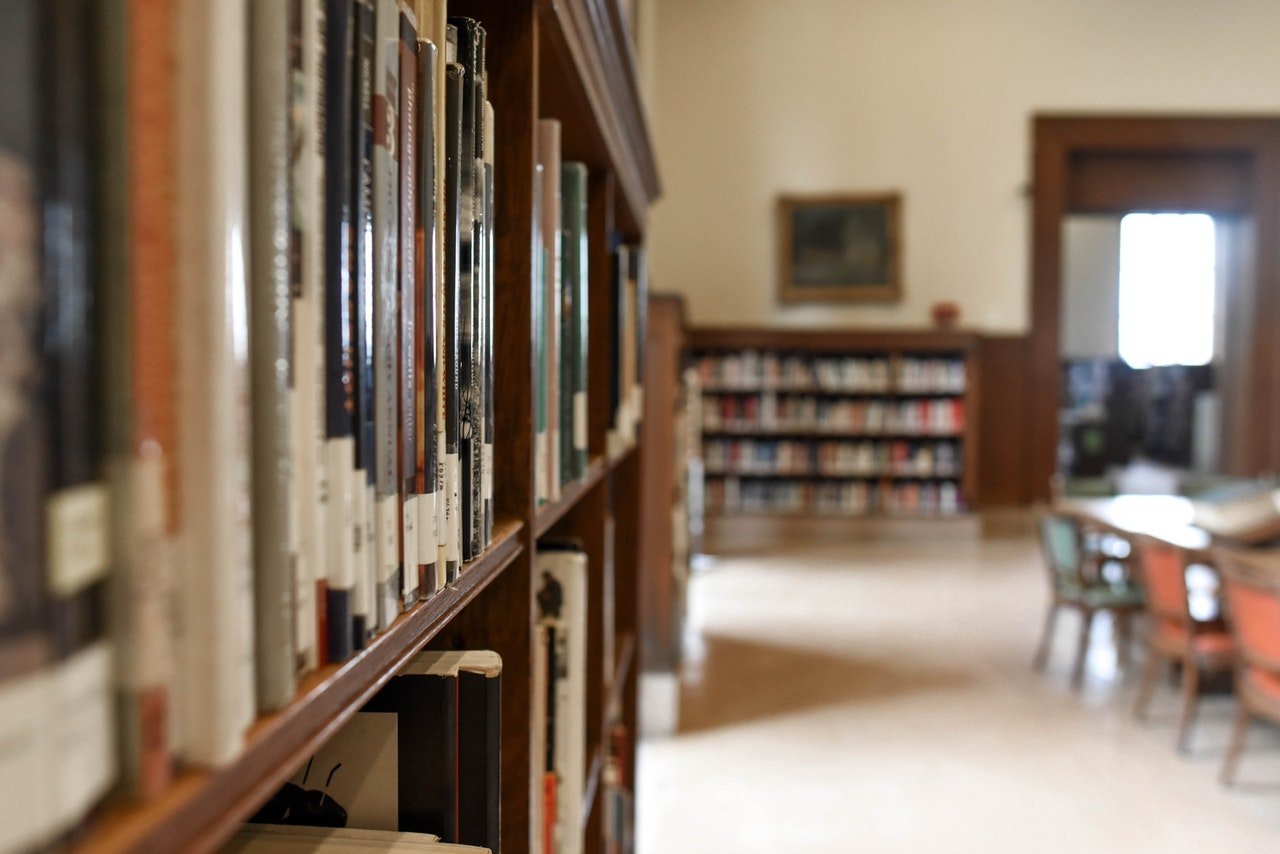 The issue of ‘School fees during lockdown’ has brought to fore the little dance that governments, schools, and even parents get into in the name of education.

Here are just a few headlines that highlight row after row over the issue of school fees during the pandemic lockdown. 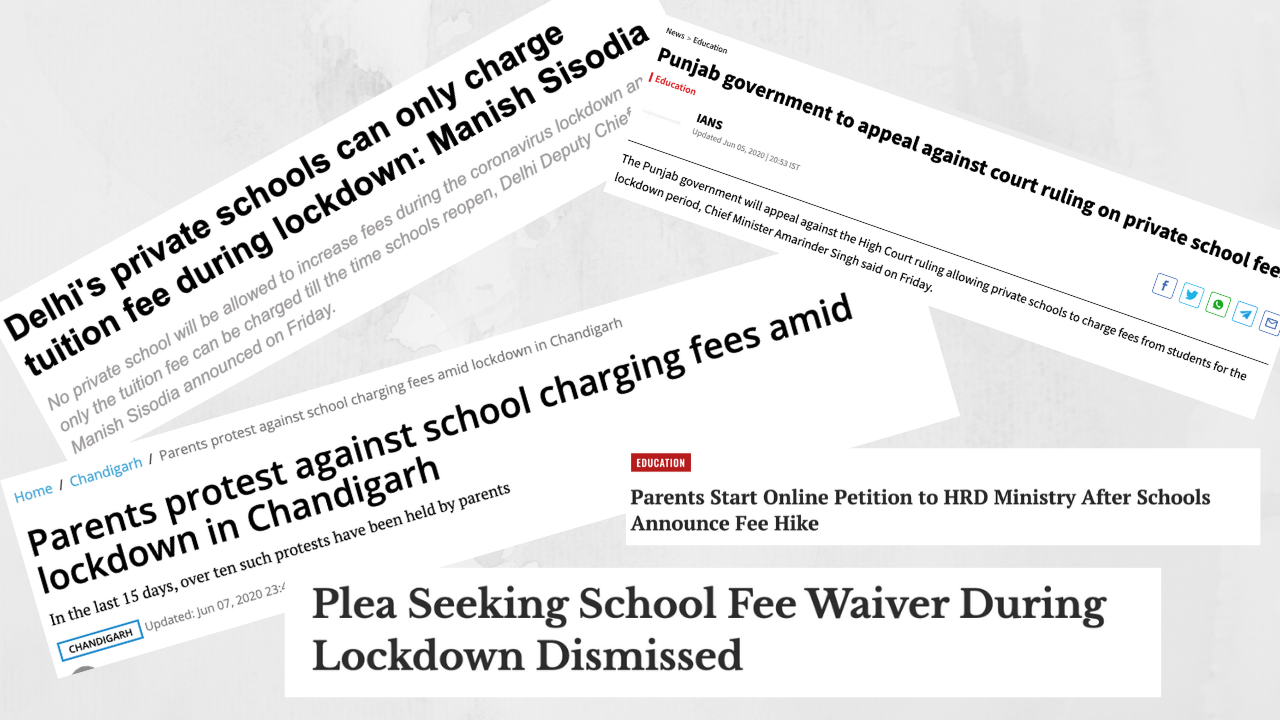 It is an issue that seems to be festering alongside the pandemic, with schools and parents seemingly in a deadlock over the matter.

The quandary of parents regarding school fees during lockdown:

Every school is doing their own version of this dance, leaving parents confused over the issue. Despite the various directives from the government, parents still seem to be in a quandary over the issue.

Take the case of my own kids’ school. Through the months, we had received several messages from the school saying that

We also received several reminders that the online portal for payment of school fee will be reopened with these provisions.

Here are some screenshots of the messages we received: 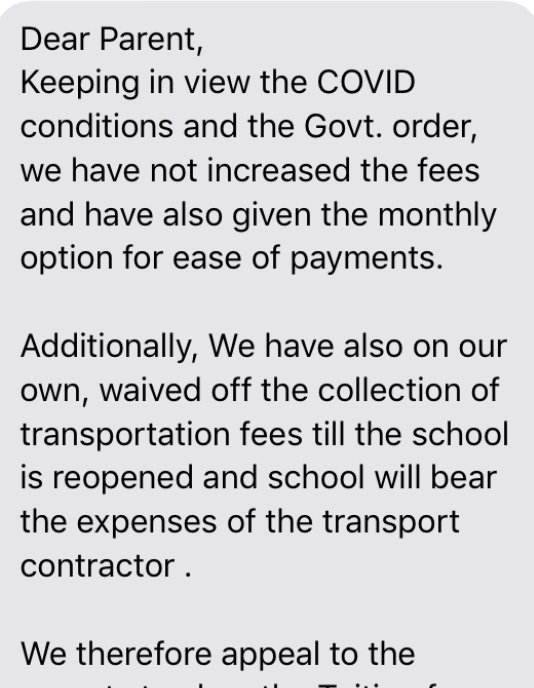 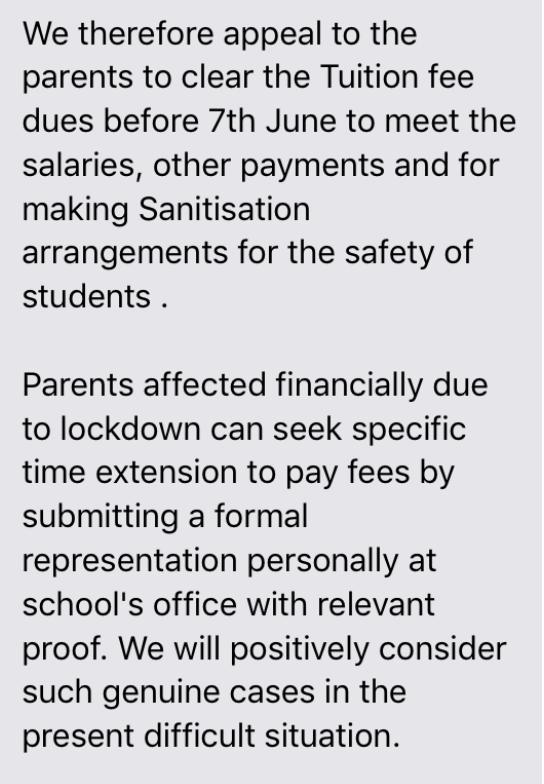 However, when we did log in to the portal, this is what we saw:

School fee for the previous year:

School fee during lockdown: The fee mandate after promising no annual hike

Not surprisingly, such headlines became far too common with these incidents.

We saw several petitions sprouting on the subject of school fees during the lockdown.

Row On School Fees During Lockdown: How far back does this go?

The mounting mistrust between schools and parents is a result of a deep systemic issue, which has only come to a head now during the pandemic.

Several schools charge a hefty capitation fee, which is generally masked under the various terms like ‘building development funds’ or ‘resource-building funds.’

Provided below is a real fee proposal by a noted school in Bangalore. 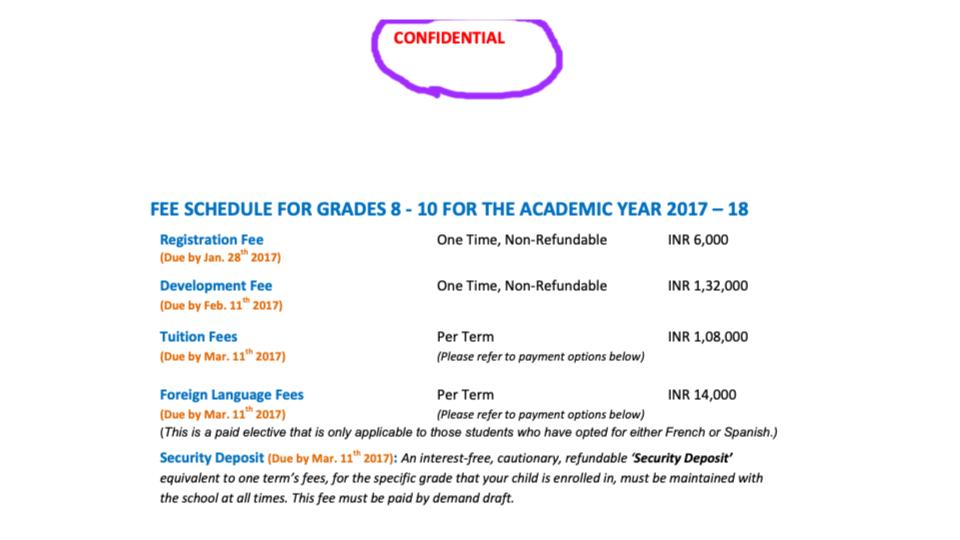 It’s quite evident why there is  ‘CONFIDENTIAL’ print in bold and red on this slip.

At this point, most people would find it easy to ask- ‘Why not just report these schools?

To provide a little perspective on the unequal balance of power, I would like to throw light upon a certain incident which shook our faith in the country’s education system.

Also Read: School Climate: How do we assess it before your child begins school?

A True Incident: The (im)balance of power is true and tangible

Many of us would likely remember the series of sexual abuse incidents in schools that shook the city of Bangalore.

One of the branches of the school that my kids were studying in was also one of the alleged branches.  A swarm of worried parents descended upon the school to verify safety standards for kids in this branch of the school.

Naturally, parents received a very-rehearsed response to the alarm raised, and the issue was about to die down when we got wind of the fact( from the students themselves) that the school tried to hide the ID cards of Grade 6 students during an exam, and exchanged the exam sheets with those of grade 5. The school, fearing scrutiny on the permissions and operations of the school by the authorities scrambled to cover up the illegal grade they were running.

In this little parent-school tango, it does not take too many leaps of armchair psychology to figure out how, why, and which side has an unfair advantage to make the other fall in step.

During this time, it also came to light that the school had brought in a temporary Principal only during the admissions phase to be the face of the school. At the time of the crisis, the school did not have a working Principal, another fact carefully hidden from parents.

Did the school admit to the gross misuse of resources? No.

Did the school take responsibility for the issue? No.

Did the school speak the truth to its students? No.

Did the parents take action against the school? A big NO!

Did the school do anything to placate the parents? Well, yes- to the degree that parents cause no more trouble.

If you are not already seething by this time, you might do so with what comes next.

The school hiked its fee the very next academic year to unbelievable levels.

Let me say that once again – slowly.

A school, which ran an entire grade unethically, lied to its parents, let down its students, mismanaged a serious safety issue-  had the audacity to hike its fee following such an ugly row with its parents.

Did the parents report the school? Again, A big NO!

Some people(like me) took our kids out of the school, but many just decided to pay the bloated fee – and dissuade the rest from ‘causing any further ado’.

It’s easy to see why.

Changing the school would wring out a few lakhs from the parents, as a capitation fee for the new school. How many times can parents bear such costs? And if the child stays in the school and the parent does not fall in step, who is at the most risk?

In this little parent-school tango, it does not take too many leaps of armchair psychology to figure out how, why, and which side has an unfair advantage to make the other fall in step.

School Fee Systems: Do we have a model to look up to?

Unfortunately, what we call ‘school education’ comes free to most students around the world-  schooling until high-school is entirely state-sponsored in most advanced countries. Even so, the most advanced nations of the world are reportedly choking under the pressure of student debt for higher education, putting at risk the future of their students.

While we can hope that the systemic issues of education are resolved eventually, here are a few things parents can do:

5 Things Parents Can Do About School Fees During Lockdown

1. Start a dialogue with your school

First off, I would like to make it clear that I am not against paying fees to the schools during the lockdown.

Some comebacks from schools are downright hilarious: One of the school admins has gone on record saying that parents seem to be paying schools to get rid of their kids, rather than getting them to learn.

My response to her would be: Teachers are trained for a reason, and the reason is that they can the most effective methods to help children think and learn. If every parent can do it by themselves, why would you need a separate profession? That said, is every other industry not paring down its resources? Is everybody else not dipping into their ‘reserve cash’? We are not even demanding that you dip into reserve cash- all we are saying is not to charge for services not even used by students.

This could be the best time to begin making a parent-school dialogue a norm. It is time to bring transparency to parents on how their funds are being utilized.

Talking of ‘reserve funds’,  many of us are already aware that schools charging hefty capitation fees are aware that it is an unethical, illegal action Yet, this has become the unspoken rule of the game. Every school charges it, it’s only a matter of who keeps the figures under ‘reasonable limits’, and which school has enough reputation to demand a crazy amount, and still not have anyone bat an eyelid.

This could be the time up your awareness about capitation fees and do something about it.

The Ministry of Education has advised the parents and students to come forward and report to the Chief Education Officer or the appropriate authority without hesitation. Many parents hesitate to report this malpractice in fear of jeopardising their child’s career. However, the government relentlessly encourages the parents to come forward. The fee payers have all the rights to know what they are paying for. When the explanation is not given by the institution and there is fee collection under inappropriate heads, the parents should be alert. Moreover, the receipt for every rupee paid should be demanded and received by the parents. They should keep in mind that the donation amounts demanded by the educational institutions in the name of development fees etc are illegal and they need not pay it.

3. Form a parent cohort to discuss issues openly and come together if needed

Having an informed group of parents is an advantage that is not to be taken lightly. A school parents’ circle is not only a group you can rely on to address any grievances, but it can also carry the opportunity to build life-long bonds.

4. Have information handy on how and where to report irregularities by the school

Most parents at some point would have considered filing a complaint against their school. For some perspective,  check out some of the answers( and true, too) to some of the questions on this Quora thread.

How do I complain regarding my school to CBSE- Quora

How to lodge a Complaint – CBSE

5. Keep sight of the true purpose:

In all this tussle, it is easy to momentarily let this slip – but this is truly a great time to remind ourselves that whatever stance the parent and school choose to take- the purpose is to always remain on the same side of the child!

We love to hear from our readers so please do leave your comments.

How 7 Transformative Days Helped me Become a Conscious Parent

Back To School: 6 Ways To Ease Parents and Kids Into The New Routine

Top 5 Reasons Why Chicago Is A Family-Friendly City

Is your child onto an obsessive habit?