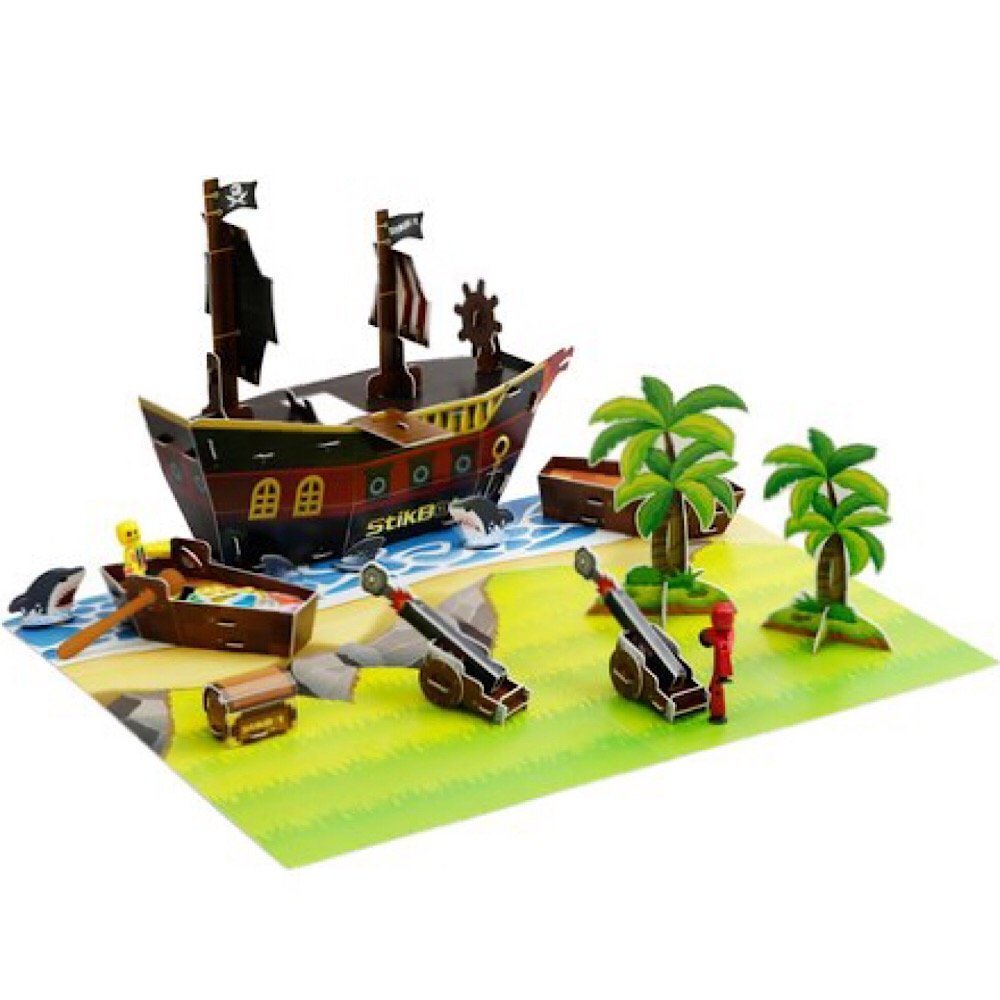 Stikbots are small, colorful, cute, and entirely posable “people” (and, very recently, some animals) that are designed to b the perfect stop-motion tools. These easy-to-pose figurines are equipped with strong suction-cup “hands” and “feet” that can stick to almost any flat surface. Since their launch, SkitBots have become massively successful…largely due to Zing’s ingenious use of social media and/or YouTube as a marketing tool.

Zing also released a free mobile app called “Stikbot Studios” which is available for iOS and Android. The app lets kids shoot their own stop- snaps individual photos and stitches them together into a film, complete with built-in music and sound effect options motion movies starring Stikbot. The app is excellent for making videos using the Stikbots and everywhere becomes a stage — indoors, outdoors, and in any location, you can imagine! Once a movie is completed, animators are encouraged to upload and share their creation on social media with #Stikbot

Despite these incredible successes, in 2017 Zing truly took the Stikbot series to a new level when they released two “Stikbot Movie Sets” that come in flat boxes. Users must open the boxes and build the pop-out cardboard-and-foam kits based on easy-to-follow instructions. Typically, each set takes about 30 to 45 minutes to complete and costs about $20.

The first of the “Stikbot Movie Sets” is a pirate ship. It comes with two Stikbot “seafarers,” a sticker set of pirate and/or naval clothes that can be put on additional Stikbots, two cannons, two light boats, two palm trees, several gold and silver coins, five cardboard “gems,” two sharks, two shark fins, one treasure chest (with treasure inside), several weapons (rendered in plastic, not cardboard), a two-sided ocean/beach base, and a fair-sized pirate ship with two sails, a wheel, a hatch, a ladder, and a fully-furnished inside/backside so the ship can be played with from both the exterior and the interior. Any children who enjoy the “Pirates of the Caribbean” films will love this highly-detailed set.

The second set is the “Farm Set” which is entirely reversible so you can choose to play with it in either “Spring Mode” (where the scenery is green) or “Autumn Mode” (where the scenery is orange). The set comes with two “farmer” Stikbots, a sticker set of farm clothes for additional Stikbots, two farm vehicles (a truck and a tractor), two trees (an apple tree and an orange tree), a wheelbarrow, two planting stands, an array of fruits and vegetables, and a farmhouse that turns into a barn…depending on which way you build it, the structure can either be a brown farmhouse or a red barn. Aside from its detailed exterior, it also includes a furnished interior that includes two chairs and two tables that the Stikbot figurines can sit upon. Moreover, the farm set also comes with a “deluxe” edition that includes a number of animal Stikbots such as a cat, a horse, a cow, a panda, two rabbits, two chickens, two dogs, two adult Stikbots, two children Stikbots, and a green screen.

Pros and Benefits
These sets are very easy to assemble since they are put together via a number-system and come with very detailed (picture-based) instructions. They are built to-scale so the Stikbots can sit in boats and tractors, man cannons or sit at kitchen tables without a problem. They also include a remarkable amount of detail, are very affordable, and gender-neutral.

These sets are somewhat delicate so you have to be careful with them so you do not rip the cardboard. Moreover, they have many small pieces which can be easy to use (or outright dangerous for small children) and it is hard to compactly store these kits away to play with them at a later date without bending or damaging them.

It goes without saying that god point of these sets is to nurture children’s storytelling skills and imaginative talents. However, these sets can also be used to teach about real-life pirates and the workings of farms…both in the past and the present. Perhaps these sets can even be used to reenact scenes from history or teach about the processes of growing produce and/or sailing.

Despite the minor “cons,” these are among the most detailed, imaginative, and useful toys/stop motion tools that I have ever seen. People of all ages–even stop-motion-making adults–will adore these beautiful movie sets. Look out for additional models which are rumored to be coming onto the market in 2018!

Promoting acceptance and love for cultures, religions and abilities through dolls: Inventors Valerie Alva-Ruiz and Courtney Stillwagon on Selma’s Dolls