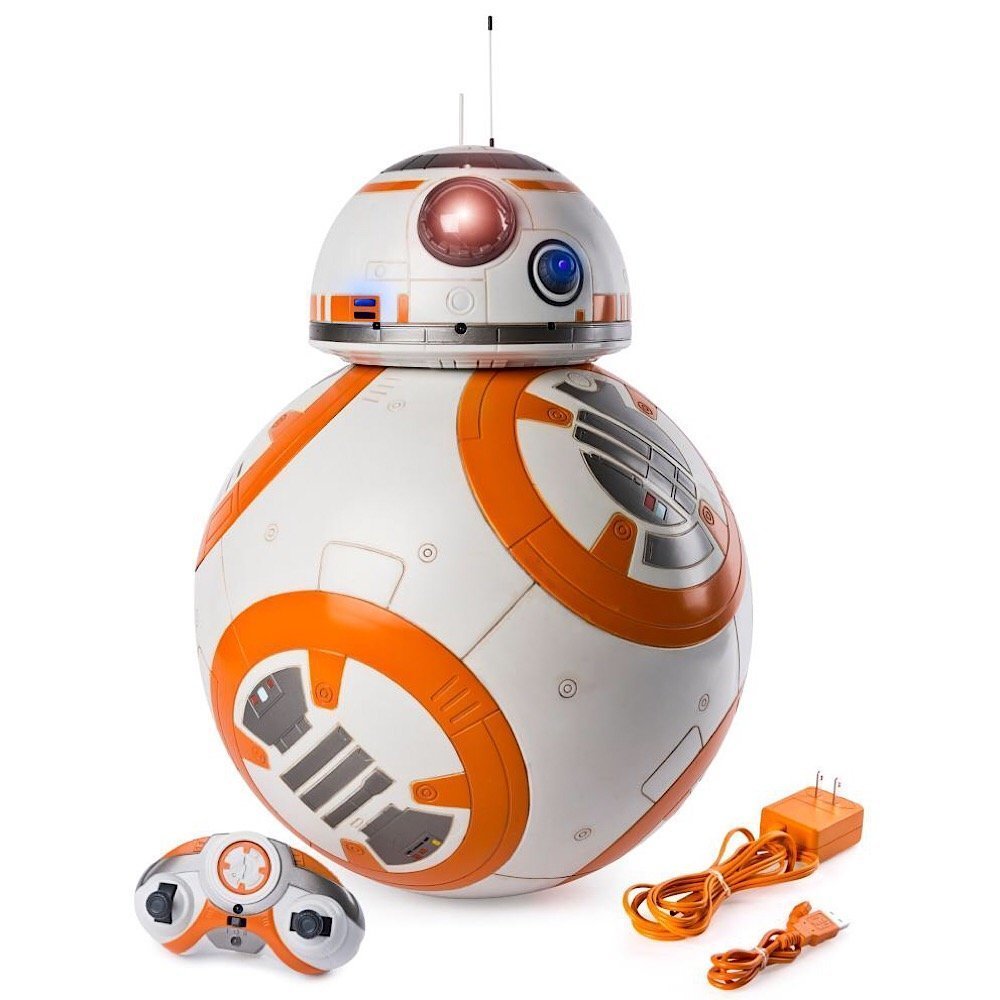 “Star Wars” is one of the most iconic franchises of all time, notably because it has produced some of the most captivating and memorable characters ever created. “Star Wars” made robots like 3CPO and R2-D2 household names and, thanks to the seventh film, a new robot called BB-8 quickly became a fan favorite. Like R2-D2, the orange-and-white hued BB-8 does not speak words but he still manages to perfectly convey his emotions through gestures, clicking noises, and blinking lights. The character became such a huge hit, that there was an incredible overnight demand for his likeness in toys and games. And so, just in time for the 2017 holiday season, Spin Master released the incredibly like-life and high-tech “BB-8 Hero Droid.”

The BB-8 Hero Droid stands a total of 19 inches tall which makes it on par to what a real BB-8 robot would stand. It is equipped with voice and sound responses, and a motion sensor. The robot responds to multiple voice commands (like “Come here!” and “Stormtroopers!”) and can be programmed to automatically follow anyone who is holding the controller. Moreover, using the controller, anyone can turn the BB-8 360-degrees. There are two parts of the BB-8, the body and the head, and both must be charged up separately (the body via a regular wall plug and the head via a USB cable). When fully charged, the head attaches to the body and makes an “airplane take-off” sound. At that point, the BB-8 is ready to be played with.

The most enchanting thing about this expertly-designed toy is how amazingly life-like it is. BB-8 has a personality and mannerisms that are spot-on–or even surpassing–those conveyed in the film. In fact, he is so emotive that is it difficult to view him as an inanimate object after only playing with him for a few minutes

The downsides of the BB8 are that it is a very highly advanced toy and, to truly use it properly, you must go over the instructions carefully since he has many different modes, functions, and capabilities. It can also be difficult to find the well-camouflaged charging ports. Most unsettlingly, whenever BB-8 hits a piece of furniture, or a wall, or simply is driven too fast, his head can come off and face being damaged.

As a robot, BB-8 is a prime example of a toy that can lead to some really interesting stories about technology and the possibilities for the future. Moreover, because BB-8 is part of the “Star Wars” universe, children can have hours of fun creating their own “fan fiction” type storylines and acting them out in “role play” games which strengthen beneficial imaginative skills.