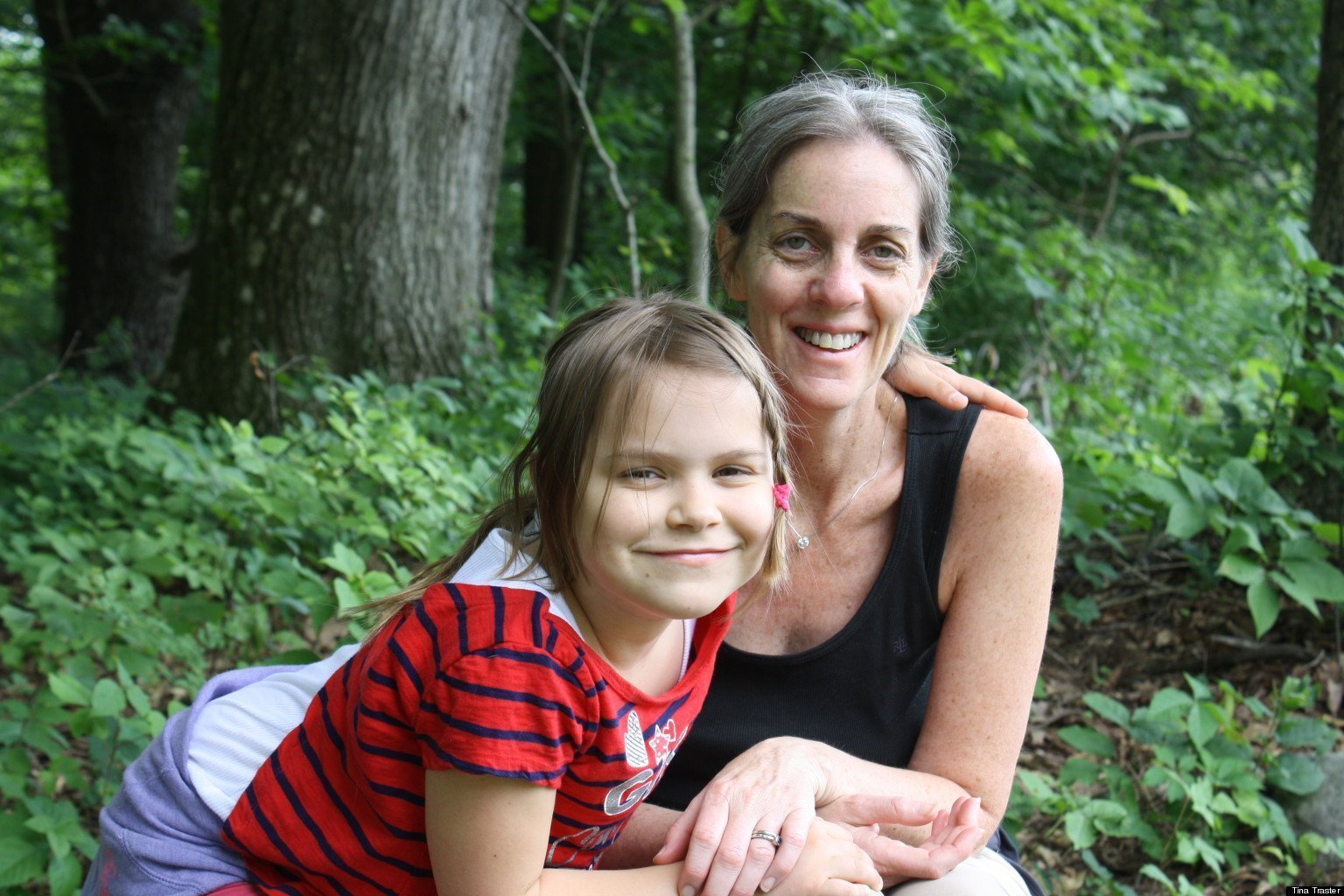 Imagine this: You wait eagerly to hear from the adoption centre. You finally do. Bring home a child. A very lovely child. You look forward to being a parent. You look forward to showering the child with love, care, nurture- everything you have got. You do. And then you notice that everything you do just slips away on the child- like you have poured water on an oily surface. Nothing sticks.

The child does not return your hugs. Does not talk to you. Does not even want to look at you. Does not care about toys. Or friends. Doesn’t even care if you aren’t around. Some children so desperately want everyone gone that they turn criminal. Parenting comes with its own challenges,   parenting a child with Reactive Attachment Disorder becomes that much harder.

And then you begin to wonder: Is it me? Was I ever meant to be a parent? What am I doing for them to not even want to look me in the eye?

That’s what happened to Tina Traster. While pursuing a glorious career as a newspaper reporter and an independent writer, Julia and her husband, Rick decided to bring home Julia, a baby from a Siberian orphanage. While Tina and Rick were thrilled to bring home Julia, they quickly saw that Julia didn’t feel the same way. Julia would never make eye-contact, never demand a favorite toy, never demand to be tucked into bed, never even try to stay in the same room. All this, when Julia was still a baby! During preschool meets, Julia would fight to get off her mother’s lap, resulting in immense frustration and self-doubt for the parents.

Tina went on to write a beautiful memoir about how their baby Julia had to be rescued twice- once from the neglect of the overcrowded Siberian orphanage, and once from her own mind. The book is aptly named, “Rescuing Julia Twice”, and is a must-read for not just parents of RAD children, but for anyone who needs to know how the first few week of infancy can have a very pronounced effect on the child.

Tina spoke exclusively to Kidskintha about her experiences of parenting a child with reactive detachment disorder and her book. Read on:

Hello, Tina. It’s lovely to be able to talk to you. Your baby Julia comes from Siberia. What were the first signs that something wasn’t right with the baby’s response after she came into your family?

I was new to mothering but I knew from the start something wasn’t right. I just didn’t know if it was me, or not. From the beginning, Julia resisted being held and soothed. She never cried, not really. Her eye contact with me was minimal. Nothing about being with her felt natural. Again, was it me or her? The first few months I felt very isolated. But then I became part of a mother’s group and I could see that Julia was not like any other child. On the one hand, she was more manageable. She didn’t throw fits. She wasn’t fussy. She wasn’t moody. But she wasn’t physical or cozy toward me. And I could see how different that was. People would remark on her “independence”. Of course looking back, I understood this was a manifestation of her emotional inability to attach to me.

Your book, “Rescuing Julia Twice, ” is a very eye-opening read on parenting a child with Reactive Detachment Disorder that affects children due to neglect even during infancy. How did you come to the realization that her behaviour could be a psychological response to something from her past?

As is outlined in my book, my husband and I adopted when we were forty. Julia was our first child. The adoption took place at record speed. The adoption agency did not prepare us, nor did we do our psychological homework. We were focused on just getting through the incredible process and getting to Siberia twice in less than three weeks, and preparing for Julia’s homecoming. No one had ever mentioned RAD. So, for too long, I was blindsided. I knew something wasn’t right. As I said, I internalized a lot of it. But by the time she started nursery school, it became quite apparent that her behavior was strange.

At a certain point, I allowed myself to stop thinking this was all me – and I began researching. Just googling key phrases was enough to lead me to Reactive Attachment Disorder, and to all the literature and news items on the Internet dealing with an issue that nobody really likes to talk about. Once my husband and I got underway, we devoted ourselves to reading everything that’s been written, and it was patently obvious that Julia was the poster child for RAD.

You share a heart-wrenching account of several children living in dire neglect at the adoption centre where Julia came from. Do you have an idea about what might have elicited such a response from Julia? Can reactive attachment disorder be cured?

Neglect is neglect. When a baby lies in a crib alone for hours without interaction, she suffers. When there isn’t a caretaker to attend to her needs, she learns not to expect care. When an infant feels alone, she begins to believe that this is the way the world is and that she will have to fend for herself. So much is set in motion in an infant’s earliest weeks and months.

It’s amazing that the child can assimilate that much even as an infant.  You and your partner have done a great deal of research on the “Reactive Detachment Disorder” syndrome. What are some ways to detect reactive attachment disorder symptoms in toddlers?

The core feature of RAD is severely inappropriate social relating. Children with RAD do not attach properly to their parents or those closest to them. Instead, they elicit affection from strangers. Children with RAD are highly manipulative, distrusting and disruptive. At their core, they don’t trust love, and therefore they subconsciously sabotage loving relationships.

What are the early signals to detect this syndrome?

Is it possible that children can find bonding difficult even if they are not experiencing the RAD syndrome?

Of course! But I think the root of being unable to bond lies in early trauma.

You and your husband decided to overcome this challenge with your daughter without professional help. How did you manage this?

I guess you can say we became our own therapists. Some frown on this. And, I understand, because at times in my life I’ve certainly sought the help of therapists. However, we felt we had a few things working in our favour. First, I’m a journalist. My husband’s a lawyer. We had the ability to digest the canon of material out there on the subject. Second, we have an exceptional marriage, and we’ve worked together through other adverse situations so we had confidence that this would bring us closer – not rend us. Which is typical for many couples. And thirdly, what we understood early on was the people in all kinds of professional capacities (particularly nursery school educators) had no handle on Julia. We’d read that so many of these children are so expert at manipulation, even in the therapeutic setting. We said we’d work on this as a family, and check in with ourselves every six months to make sure we were making progress. And if we thought we weren’t, then we’d seek outside help.

Tell us about some of the most effective techniques you tried? What were the first symptoms of her recovering from the RAD syndrome?

I’d like to say that people should read my book to get a sense of how we were able to transform as a family. The overall answer is two-tiered. First, we as parents had to change of expectations of “normal” and secondly, a lot of how we parent Julia is counter-intuitive. Even to this day. But after working intensely with her in the early days, we saw results within a year.

You mention that a lot of tragic outcomes occur because parents are unaware of this syndrome. CBS Television made the chilling Child Of Rage documentary that brings up other reactive attachment disorder stories. What kind of outcomes are usually seen and how common is it?

What other things should people pay attention to when parenting a child with reactive attachment disorder?

First, nurture your marriages. Read a lot. And most of all, and this is the big one, try to find objectivity in the judgmental parenting world we live in.

How do you think adoptive parents can receive support from others?

You can certainly be involved with other adoptive parents, though I’m not sure that’s the cure-all. My feeling is that no matter what you need to have a strong sense of your own existence to be a good-enough mother no matter what. And when you have a well-developed life, that brings support from many directions. People who share your interests and goals. These are the people you bond with, and those bonds are genuine. They’re not based on the fact that you are both struggling with an adopted child.

I believe that if you have a strong well-rounded life, you’re better able to cope with the rollercoaster of parenting, no matter what. And particularly when you have a child who suffers from an attachment disorder, you always deal with some sadness. It can never entirely be the way you dreamed because of your child, basically, has a disability. So you have to make a course correction and recognize the value of what you can teach your child about love. And ultimately, your child will teach you too. And therein lies the most satisfaction you can derive.

Much more than from a support group or from people in a chat room on the internet. I think when you look for comfort that way, you come up empty.

What message do you have for parents(adoptive or otherwise) out there on managing this syndrome?

Read up before adoption. Pay attention. Be kind to yourself, always and often. Let your child tell you how much love she can tolerate, and work with that on her schedule. Don’t compare yourself to others. Exercise often. Feed your soul. Tend to your relationships. Live with animals. Be patient. Love does come.

Tina is also a passionate advocate for animal protection and blogs exclusively on www.juilaandme.com.  She writes regularly for Psychology Today in an ongoing blog. For a copy of her book, head here.

On the struggles of Being a Special Needs Parent: Author Maureen Walsh Lake

How 7 Transformative Days Helped Me Become a Conscious Parent

The Definitive Guide to Parenting Teens: Strategies to Survive the Adolescent Years and Build Bonds that Last.

7 Money-Saving Hacks For Parents That Can Really Add Up

The Ultimate Guide To Babywearing