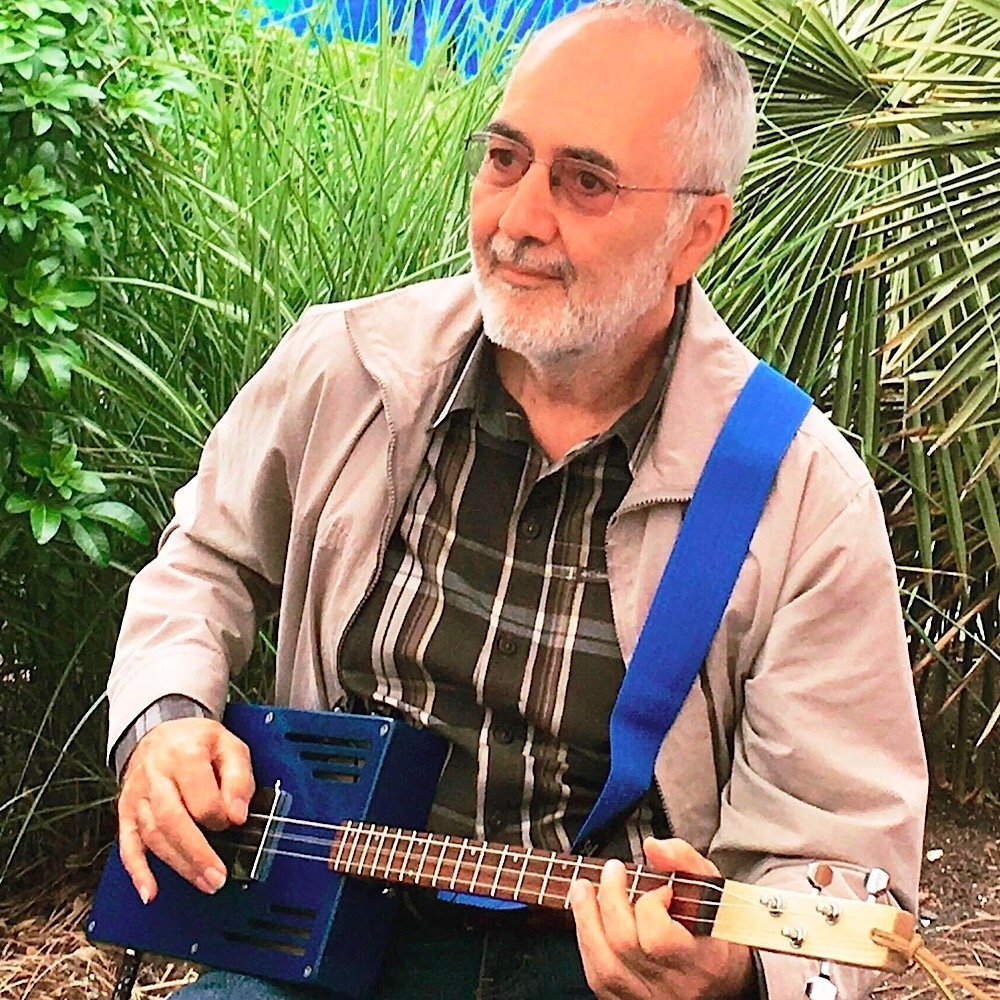 Beloved children’s entertainer Raffi has announced that he will release his new album, “Dog on the Floor” on July 27. The fifteen-song album (his 25th release) embodies the qualities of fun, imagination and learning that have always animated Raffi‘s songs.  The album’s themes include playtime (“Play Play Play”), acceptance (“The Way It Goes”), and the nurturing roles of family and society (“Love Grows Love,” “Take a Breath” and “It Takes a Village”).

Turning 70 this summer, Raffi is as busy as ever. He is working towards a September 2018 launch of an online course in Child Honouring-an original philosophy for redesigning society for the greatest good by meeting the universal needs of the very young (https://www.childhonouring.org).

“Dog on the Floor” has no less than three songs inspired by Raffi‘s new puppy Luna: the title track, “Walking My Dog” and the self-explanatory “Luna’s Song.” “Listen to the Horses,” “Dragonfly” and “Mary Had A Little Lamb” add to the animal fun.

As the world’s best-selling children’s entertainer, pioneering troubadour Raffi has spent more than four decades delighting successive generations of kids-and their parents-with his playful, exuberant personality and his irresistibly infectious songs. In that time, Raffi has recorded numerous gold and platinum albums and performed countless sold-out concerts. He has also emerged as a respected advocate on behalf of children, lending his voice, insight and experience to a number of crucial issues.

A recipient of the Order of Canada and the United Nations’ Earth Achievement Award, Raffi also holds four honorary degrees. He is associated with many NGOs, including the Center for Partnership Studies, the Center for Children’s Health and the Environment, and the Fraser Mustard Institute for Human Development. Now, as millions of former kids who grew up with his songs-whom the artist has dubbed “Beluga grads”-sing those songs to their own children, and bring their children to his concerts, Raffi is enjoying making music as much as ever. He has a string of upcoming concerts in Canada and the U.S. Twenty-five years after his sold-out Broadway concerts, fans love his live performances.

Raffi recently discussed his career via an exclusive interview.

Raffi: It all began with a brief singalong at a nursery school in the mid 1970s. That led to more singalongs, and then my first kids’ album, Singable Songs For The Very Young. This album was instantly popular, and before long I was doing family concerts and had a career as a children’s entertainer. Over four decades my music has evolved, yet still with an eclectic mix of traditional songs and originals and a diversity of musical styles and rhythms.

Raffi: I’m inspired by many aspects of life: animals, nature, children, humor, to name a few. Lyrics sometimes come before the music and at other times it’s the reverse.

MM: You are one of the most decorated children’s musicians on earth, did you ever imagine you would get this big?

Raffi: I’m only 5’ 9” tall. Not too big! I could never have imagined that my music would be an enduring success. It’s a privilege to make music that children love and that families play daily.

MM: You recently created some songs inspired by your dog, Luna. Are animals a big part of your creative influence?

Raffi: Fan favorites include Down By The Bay, Brush Your Teeth, Baby Beluga and Bananaphone. My favorites are often from the most recent recording, but not always.

Raffi: Hearing a theater full of voices belting out my songs is a tremendously joyful experience. I’m fortunate to be able to have memorable singalong concerts in the fifth decade of doing this work.

MM: You do a lot of wonderful things for charities, so which causes are closest to your heart and why?

Raffi: I focus on advancing an original philosophy called Child Honoring, a universal ethic and code of conduct. It’s a global movement, one that needs everyone who is interested in co-creating peaceful, sustainable communities.

Raffi: I want to stay healthy and make good music. My deepest desire is to be of service to the greatest good.

Raffi: I’d be very happy to play a part in inspiring young people to vote. It’s a right that so many worldwide have died for. Democracy is stronger when more people vote. We’ve got to get young eligible voters to commit to doing their civic duty—voting.

In the Media SpotLight, Music

Be a Pain: An Album for Young (and Old) Leaders by Musical Artist Alastair Moock