The Maharashtra education department recently released a government resolution(GR) which allows the relaxation of the cut-off date for pr-primary and 1st-grade admission age. The new GR requires that the child should have completed three years by December 31st as against the earlier requirement of completing 3 years by September 30th.

On paper, it looks like a small period of 3-6 months, but in the life of a child that young, those few months can have a lifelong impact.

Take, for instance, these insightful X-rays below. These were captured by Ruth Swailes, a School Improvement Advisor recently of a child’s hands at approximately 7 years old in comparison to x-rays from a 5-year-old child during the Early Years Foundation Stage. 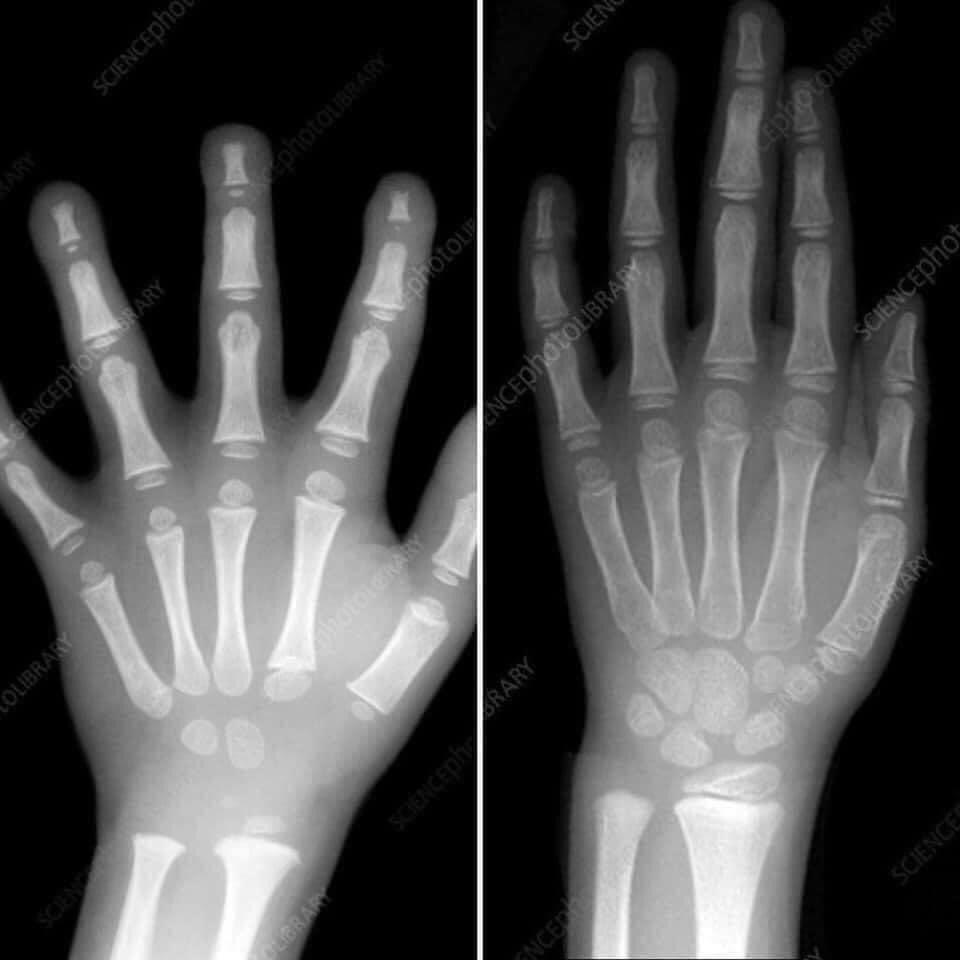 As seen above, the hands of a 5-year-old child are still undeveloped because they are not yet fully developed. The hand of a 7-year-old child(right) shows a marked improvement in the bone structure, indicating higher strength, flexibility,  and preparedness for motor skills like writing.

Both the NEP and the RTE indicate the right admission age as 6 years for grades 1 and 3 years for preschool respectively, however, the new gr has relaxed the age-based entry-criterion for children starting preschool.

Dr. Swati Popat Vats, President of the Early Childhood Association India affirms that this change will have a deep impact on children in the long-term.

“Parents have already started requesting the promotion of their kids to senior kindergarten grades, in a bid to accelerate their learning. There’s plenty of research to show that children who start formal schooling at an age significantly younger than their classmate peers suffer comparatively in terms of lesser socio-emotional readiness for learning, lower levels of readiness for cognitive learning, significantly higher propensity to be bullied– and perhaps, most shockingly, a far greater likelihood of being unnecessarily labeled as special needs children,‘ says Dr. Vats.

The Early Childhood Association is front-ending a campaign called Nursery@3 to raise awareness about the long-term impact of this seemingly harmless gr, but which, in reality, can be a detriment to their academic progress and affect other aspects of their life.

There is ample evidence that having children who have not reached an age developmentally appropriate for schooling strongly affects their development. We believe that promoting students by skipping a year in between will be detrimental to the academic, psychological, and mental health of these students as they will be forced to compete with students who may be almost a year and a half older than them. – Dr. Swati Popat Vats, President, Early Childhood Association- India.

Why is the Nursery@3 Campaign Necessary?

Also Read: 5 Outdoor Activities For Preschoolers That Will Never Lose Their Charm

Since the Indian curriculum focuses on writing skills heavily from grade 1, it also reflects on their confidence, and subsequently emotional health down the line. For a quick reference on age-appropriate expectations on writing skills, please refer to this guide published by Understood.org. Time is paramount in a young child’s life and every month or even week makes a world of difference.

Kidskintha is a proud supporter of the Nursery@3 campaign by the Early Childhood Association, India. Please join us in this campaign to help raise awareness about the importance of age-appropriateness for early childhood development.

Photo by Sarah Dietz from Pexels

Autism Friendly Colleges- Are We Ready When Autism Goes To College?

Child Behavior: 7 surprising factors that could make it weird!