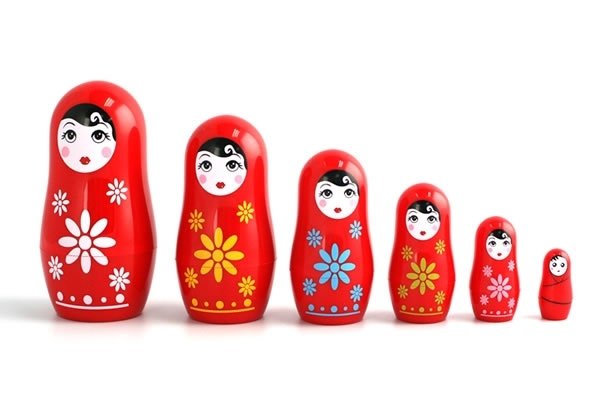 There are things that you learn from your mom..the first words, the first steps, the first mouthfuls, the first books…Most firsts in our lives are associated with our moms.

Looking back, I realize that Amma was the epitome of a good leader. As I go through the grind of corporate training and Management jargon, I realized how amazingly simple she kept it in her days.

Ours was the quintessential Indian family. Appa the breadwinner; Amma the homemaker, three kids, grandfather and grandmother..along with an extended family which was almost always around.

We were a family of seven people. Each of us would have our own favorite foods. Amma knew exactly who liked what and still did the right thing, which is – giving us all the same nutritious food. She would make a curry/chutney/dal out of 2-3 vegetables. And then she would go about smartly marketing it to us. If I liked tomatoes, she would persuade me to eat it saying, ” I made your favorite chutney today. Tomato!!!”. My sister would eat the same thing, but she would be happy eating it as “her favorite coriander” chutney. We knew there were others veggies in it, but she would have stoked our interests so much that we were beyond caring now.
In the corporate world, this is called “StakeHolder Analysis“. You analyze what your stakeholders want, and make your product/service APPEAL to them. The only way to make yourself relevant is to increase their stake in your product/service/company/whatever just stopping short of pandering to everyone’s whims.

Amma was never the one to be floored by grand visions. Typically, our declarations would go like,” Amma, I am going to win that next year.” She would never be pleased with that. Her first question would be, ” Do you know how much ground you have to cover?” She would get down to knowing what “winning that” requires, and take us through the unpleasant task of writing down the details. She would break it down to everyday tasks. She would take it upon herself to track it every day. The result: We knew exactly what our positions were. And how much effort is really required for “winning that whatever”.
In the world of jargons, this is covered by a term called “Gap Analysis“. Know where you want to be, but also know where you are- to know how much mileage you need.

In the course of our struggle with our targets, we made a lot of unpleasant choices. Like waking up earlier every morning for that extra hour of practice/ study. Occasionally, we tended to wallow in self-pity. Too little sleep/ too much work, too tired, blah, blah, blah. She would gently remind us that it really was OUR choice. And that quitting mid-way will only make us feel even worse. But she would also ensure that we got that extra glass of milk, that extra lunch-box and that lovely incentive of ’30 extra minutes of play’ in the evening. She would even wake up earlier herself to help us cope better. She ran the race with us.

This, in the world of Management studies, is known as “Goal-driven management“. To ensure that your team keeps their eyes on the goal. But, it really is the leader’s job to ensure they get all the resources. A leader who knows when to plug out and play in.

She led by example. She took up numerous challenges and would work at unearthly hours to fulfil them, only because the earthly hours were consumed with caring for us. This made it that much more difficult for us to come up with excuses. Even now, at 50, she pursues music with the passion of a child. She will wake up at 3 AM if she has to. She was the go-to person for everything. I don’t remember a single day from my childhood where I had worried about her not being available. She had an implicit role in everything. She was hugely dependable.
Heard of “Affiliative Leadership and Leadership dependability”?

Every month, my father would give her the ‘monthly’ to run the family. There were times when we were on a real tight budget, but I have always seen Amma put away some money in a corner first thing. And she would tell me, “let’s just pretend its not there”. And she would never be tempted to use that, unless in the case of a real emergency.
Are we talking about “Risk Preparedness and Contingency planning” here?

Some of her lessons rubbed off on me much later. Like after I had my own kids. I would tell my kids, “If you don’t do this, no playtime for you”. Along came my mom and taught me the magic of positive communication.
Now, I just say,” Do this and you can go out to play”. Works like a charm!
Did someone mention, “Positive feedback loops?“

One thing she never did was to project herself as a perfectionist. She was cool with a home that was a little messy…or a cooking experiment which ruined her kitchen. She constantly tuned into our needs. She was a master of time management and multi-tasking. She never hid behind the veneer of the “strong and invincible’. She let us see her cry, distressed, angry, vulnerable. She was, in the terms of worldly definitions, a mere “housewife”..”the one who did not go to work”..or more euphemistically, a “Homemaker”. But, for a period of time, seven people in this world relied on her for just about everything, and she never let us down. She was the soul of our home.

PS: This post is a tribute to all those amazing women out there who turn our houses into homes. If not for you, the world would have fallen apart a long time ago.

How Do I Know If My Child Is Ready To Read?

Is your child onto an obsessive habit?

Academic Achievement: Why you should re-think everything you know about it.

Talk to your daughters before the beauty companies do!