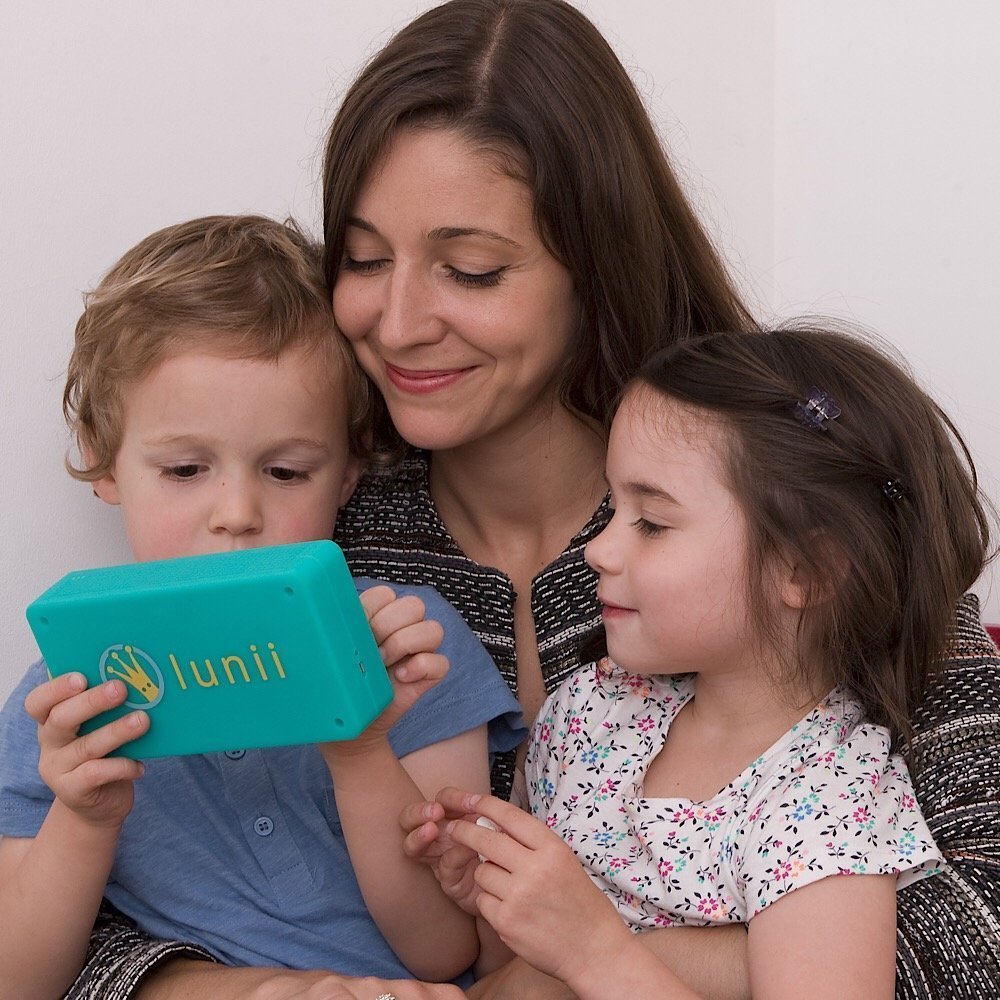 Lunii is a startup company that aspires to make storytelling fun and accessible to children all over the world. Lunii was co-founded by four talented, passionate and determined entrepreneurs: Maëlle, Igor, Thomas and Eric. Their goal was to pull children away from screens and allow them to expand their creativity and imaginative powers by developing an innovative brand for kids. Everything Lunii creates is based on four main values: opening children’s minds to the world, enhancing their imagination, cultivating their curiosity and learning while having fun!

CEO Maëlle Chassard recently granted an exclusive interview where she discussed the company, the art of inventing, and much more.

Meagan Meehan (MM): How did you initially get interested in creating technology for kids and why did you focus on storytelling?

Maëlle Chassard (MC): The idea of Lunii was inspired after researching and writing a dissertation focusing on imagination amongst children. The prevalent observation was that in today’s society, the imagination of children was constrained by too many screens. My mission then became to invent an interactive object without a screen. Inspired by my childhood, the idea of a storyteller came naturally since I listened to a lot of audio stories on the radio, in the car, and on my Walkman. Audio-based learning has helped me learn multiplication tables through songs, so it’s influenced me a lot! The technology now has been a way to make that idea possible.

MM: How did you come up with the name Lunii?

MC: The name Lunii came very naturally, since “Lune” in French means “Moon”, while the “ii” at the end symbolizes imagination and imaginary. In general, representing a sweet and reassuring word for kids to associate to the storyteller.

MM: How exactly does this technology work?

MC: The technology inside the box is very simple:

Thanks to the intuitive buttons, the child can easily choose the four elements: the hero, the place, the character and the object. Then the audio story starts.

MM: What were the challenges of developing this product, starting up your company, and handling the marketing side of things?

MC: For four years, the Lunii team only consisted of the four original founders including myself. When we first created Lunii, we were all finishing our respective studies where none of us had ever created a company or industrialized and marketed a product. Overcoming and learning the tricks of the trade was our biggest challenge. Now we have a super team of 26 people!

MM: How many stories can kids develop using Lunii and what do you think are the best inspirational prompts?

MC: At the beginning, kids can create and make up to 48 stories. Then, with the help of parents, children can plug the Storyteller into the computer to download more content from the Luniistore where you can find more than a thousand stories in French. Currently, we are creating all new content for American children. There will be something for every taste and age here including: fictions, interactive content, musical content, historical facts, how to learn new languages, the alphabet and more. I highly recommend our interactive content where the child chooses the directions of the story.

MM: What kind of consumer feedback have you gotten and what sorts of stories have kids created via the system?

MC: Most common feedbacks we get consist of: “My Fabulous Storyteller has become a daily companion. European families use it every day: during car trips, after school, at the restaurant, with friends on weekends…” and “The Storyteller stimulates my child’s imagination and engages their mind.”

MM: How do you foresee Lunii expanding and evolving in the future?

MC: The Lunii team is working every day to be better and bigger where we’ve developed first in Europe and are now looking to make our debut in the US. We’re currently looking for American authors and comedians to join the adventure. We’ve also created a publishing house known as Les Editions Lunii. On top of that, the Lunii team consistently updates the Luniistore every month in order to offer new content to families. New projects have launched and many more are envisioned to come down the pipeline but will take several years to be truly become reality.

MM: What are your ultimate goals for your company?

MC: Our company wants to offer new ways to open mindsets, to learn and to cultivate imagination. Our four main values are:

The ultimate goal will be to offer all those values to the world in order to awaken your imagination all around the world.

MC: Currently, we’re working hard to create stories in America through a crowdfunding campaign on Indiegogo planned to launch in June. This allows American families to preorder the product and allows us to create stories with American authors and American comedians! If you want to be part of the adventure before the launch of the campaign, you can always join our closed Facebook group of Super-Luniians, to offer your opinions!