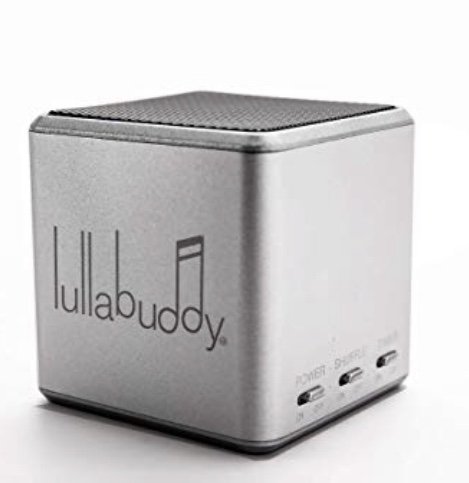 Lullabuddy is a new item by musical artist Mae Robertson that aims to lull children to sleep via compact and portable device.

Lullabies have been used for thousands of years to soothe babies and the ones rocking them. Lullabuddy is a new item by recording artist Mae Robertson that aims to lull children to sleep. Mae has produced two hours of soothing songs pre-loaded in a sleek music player. Toy industry experts have taken note and happily awarded eight national honors in Lullabuddy’s debut year! Parents can simply plug it in and start it up; its simple design is a large part of its charm and success.

Mae Robertson recently granted an exclusive interview where she discussed her musical career and the invention of the Lullabuddy.

Meagan Meehan (MM): When did you discover your love for music and how did you break into the industry?

Mae Robertson (MR): I have been singing since I was a child, first at camp and then in the choir at school. When I got into high school, I started playing guitar and singing with friends. Music is such a strong through-line in my life. Singing with others has always been one of my favorite things to do. The idea to record an album of lullabies came when my musical partner from high school heard me singing The Water Is Wide to my daughter one night. He sat outside of her room and listened, and by the time I came downstairs he was playing it on the guitar in my key. We sang it together and then he asked me what other songs I sang as lullabies. I told him that when I was teaching 3-year-olds I took my guitar to school and sang them all to sleep at naptime. I became a serious lullaby collector — I also liked finding songs that weren’t traditional lullabies but still were calming. We sang through a bunch of the songs on my lullaby list and he came up with the idea to record them. At the time, I was the owner of three children’s clothing stores in NY and CT. I told him if he would produce the album that I would market it. It took us a long time to get it done since we lived in different states and we both had children and jobs. But once we got it made, the album won all sorts of awards and sold really well. We had so much fun making that album that we made another. All together I have recorded 5 lullaby albums.

MM: How did you come up with the concept for Lullabuddy?

MR: When my grandson was born, I wanted him to be able to hear me singing lullabies even when I wasn’t with him, so I set up an iPod and a speaker for his room. But it was cumbersome to operate and his parents never really used it. When my granddaughter Frankie was born, she ended up in the hospital when she was a few weeks old. My son brought in the speaker and the ipod and we played it all the time. It helped to muffle the sounds of the hospital and it calmed everyone who came into the room. The nurses kept saying they wished they had music in every child’s room. As I sat there holding my sweet grandbaby and singing along with my songs for her, I started to wonder how hard it would be to manufacture a speaker that could come pre-loaded with my lullabies. Over the next 2 and a half years, I learned just how hard it could be! 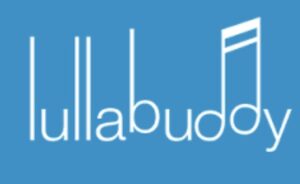 Lullabuddy is a product that was invented by recording artist Mae Robertson.

MM: How did you create the prototype and how different was it from the final product?

MR: I knew exactly how I wanted the Lullabuddy to be. I knew what features I wanted it to have. Much of the work on the design came before we ever had a prototype. It was a matter of figuring out how we could do the things I wanted to do. Once we solved the problems, the speaker was designed. One thing we learned from the prototype stage of the project was that the speaker seemed to beep all the time. It beeped when the timer turned it off, when the bluetooth turned on, when you turned it off or on, and when the battery was dying. We went through a few rounds of prototypes with days and days of testing before we got all of those beeps out of the speaker. The last thing you want when a baby has just fallen asleep is for the speaker to beep!

MM: What was the process of finding a factory to produce it like?

MR: I was lucky in that I found a team in New Orleans called Real DFM to help me with the design. They have a partner who lives in China and oversaw the production. The US team was actually in China when the speakers were being made so they were keeping an eye on the process and reporting back to me.

MM: You recorded your own songs for this item so how did you select the kinds of melodies to feature?

MR: I have been singing and recording lullabies for 25 years. The kinds of songs I have always been drawn to are a mixture of traditional lullabies and singer/songwriter songs with deep and meaningful lyrics. I thought that I was done recording albums about 10 years ago but when my grandchildren were born, I found that I was singing lots of new songs for them. I knew I had to make a new recording when I realized I had a new collection of favorite songs to sing. My song for my granddaughter has always been What a Wonderful World. It just always felt right to sing that song to her. When she was a baby, the first thing I always did when I arrived to visit was sing that song to her. Some older songs came into the mix this time too like Long, Long Trail which I learned at camp! Somehow that song came back to me as a lovely, sweet song to sing. Moon River also popped into my head one day while I was singing for them. It’s fun for me to rock a baby and see what songs show up and want to be sung.

MM: How did you market this item and what has user response been like so far?

MR: It is hard to explain what the Lullabuddy is. What exactly is this thing? My favorite description is that a reviewer called it a 21st Century Music Box. I like that. In some way, you have to tell people what kind of music it is, a little about me, and also how it works. But, once people see it and hold it and hear the music, they get it. Once they see how a crying baby will stop crying when you turn it on, they really get it. I visited a Neonatal Intensive Care Unit today at a hospital where I donated Lullabuddies. They said that the music calms everybody down. They said it stops babies from fussing and crying. They love that they can have something for babies to listen to that is not overstimulating and that doesn’t have a screen with blue light. They also love that it doesn’t require WiFi or a device to stream music from.

Lullabuddy has won many awards.

MM: To date, what has been the most rewarding part of working within the music industry?

MR: I love writing songs and I love picking songs to sing. All of the songs I have recorded are very special to me. Singing them takes me on a journey and I love inviting audiences and listeners to come along with me. But I have to say, when I was visiting that hospital today and singing along to the Lullabuddy, and seeing those babies respond to my voice, it may very well have been the highlight of my musical career. It is heartbreaking that they are in the hospital, but the idea that I can sing to them every day through this device that I designed and manufactured gives me immeasurable joy. If I can help them and their parents to feel a little bit of calm in a scary time, then what better work could I be doing?

MR: My career in music has been one of the most exciting and fulfilling parts of my life. I have travelled all over the country to sing and won awards and received great praise from people whose opinions I value. I have taught classes in music business and in managing stage fright. I have performed and written with many of my musical heroes. In ten years, I hope I will still be writing and singing. I hope there will be Lullabuddies in lots of hospitals and homes.

MM: What advice would you give to someone who is striving to enter the music industry?

MR: Music is an art form and the music industry is a business. You have to make music because it stirs your soul. If that lands you in the industry, then you have to take care that you continue to make music for the joy of making music. Art and commerce are often at odds.

MM: Are there any upcoming events–or impending song releases–that you would like to mention?

MR: Based on the feedback I am getting from families I have started working on designing a Toddler Lullabuddy with songs for 2 to 4-year-olds.