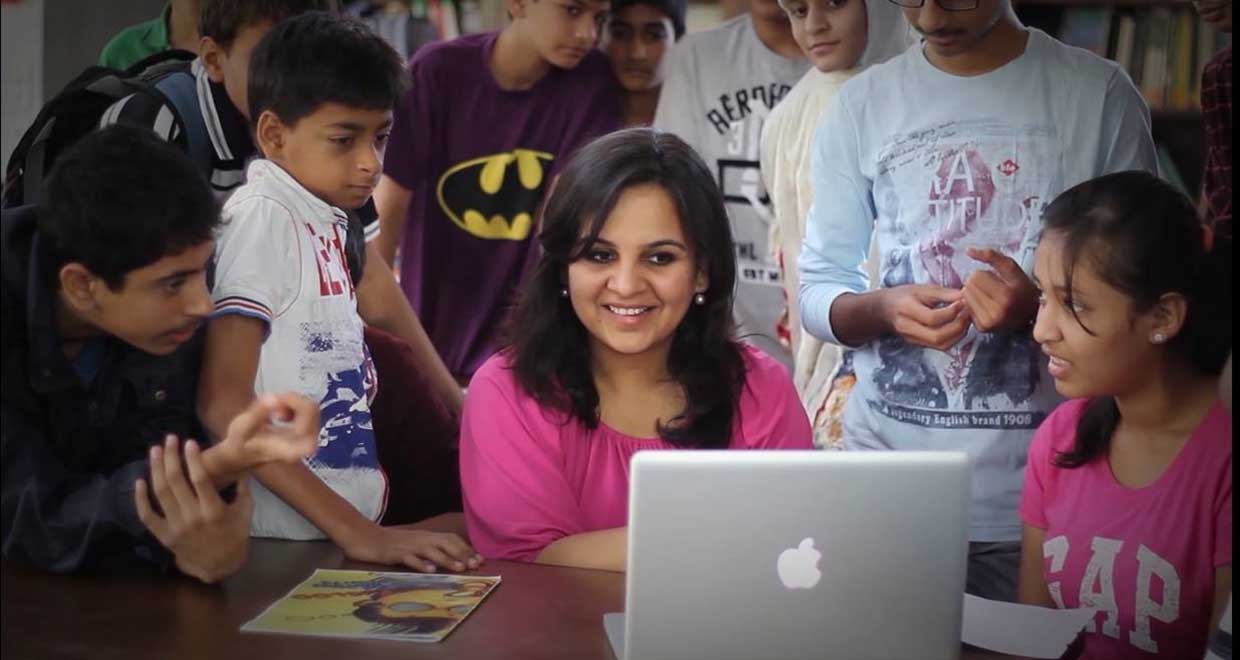 Let me ask you a little question. How many times have you backed out doing a rightful thing, because you were simply scared of lawyers and courts and clauses?

I have, several times.

The sheer obscurity of our law is enough to keep away most of us from it. The enormous lawyer fee, and the stretch of time and the sheer convolution of it all are enough to discourage us.

It has been this way for decades, and our law schools have churned out thousands of lawyers, adding to the pile of pending cases every year. However, two young, dynamic lawyers could not take this lying down. They decided to make the law simple to not just today’s citizens, but tomorrow’s citizens as well!

Kanan and Kelly Dhru, both law graduates from Ahmedabad, founded LawToons, making law fun and simple for children, no less!!!

I had an opportunity to catch up with the young, dynamic Kanan Dhru and here’s an excerpt of our conversation: 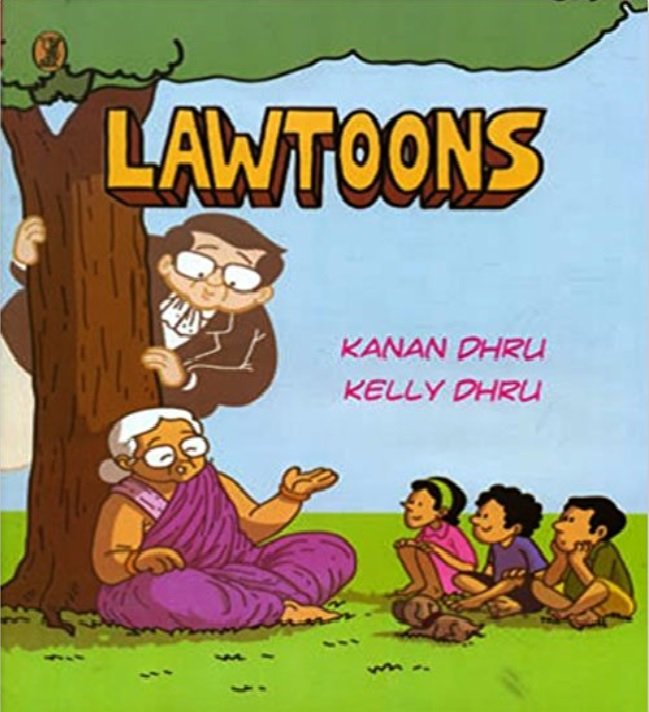 Thank you for being here, Kanan. LawToons is such a brilliant idea.Tell us how it came about?

As part of my think-tank Research Foundation for Governance in India (which I started in 2009), we were going to schools to interact with children on laws, rights and the government. Our interactions were full of games and activities, which children and teachers used to love so much that they would invite us again and again for a different set of classes. It is then that we realised that we needed to create something uniform that could reach children across different places without our physical presence.

How did you first get started with it and how was the response? 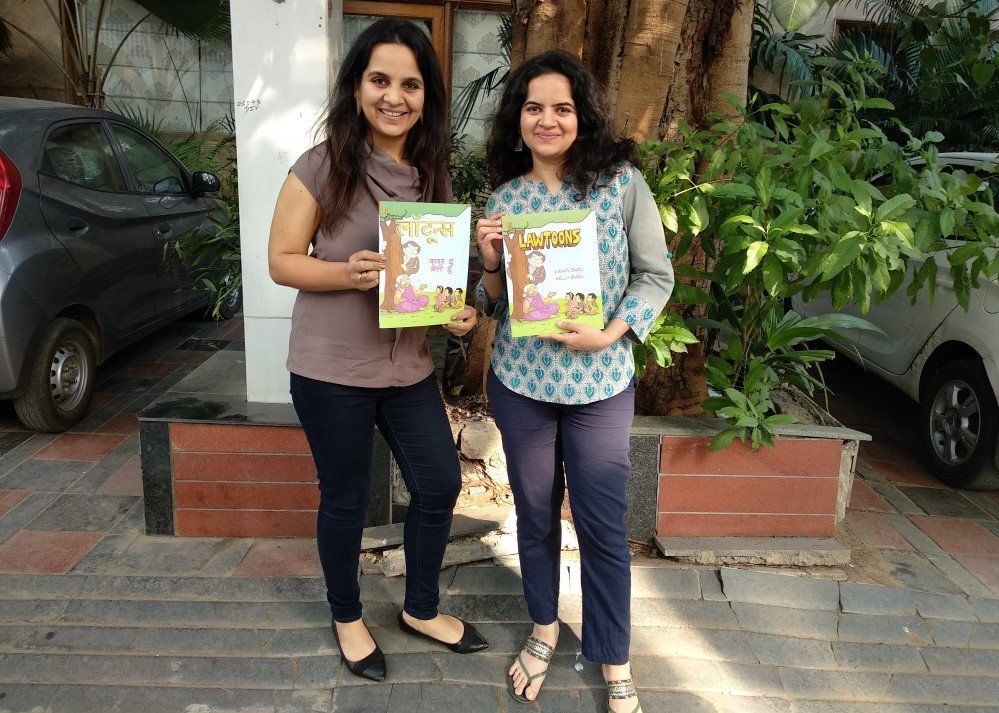 Through our experience of interacting with children in schools, we realized that the civic curriculum in most schools often puts off young minds from understanding the laws and rights better. We wanted to create something uniform to reach a lot of kids and for this purpose, the idea of the comic book came up! We created a prototype and showed it to the audience. We held workshops in the Municipal Schools as well as in international school in Ahmedabad and asked children what they know about the law. We then showed them the Lawtoons prototype and asked them what they preferred to study from – their textbook or the comic. The answer, as you can guess, was a unanimous vote for Lawtoons!

We realized that the civic curriculum in most schools often puts off young minds from understanding the laws and rights and Lawtoons was the easiest way to make it simple for them- Kanan Dhru, Creator- Lawtoons

How has LawToons evolved over the years?

What started as the idea to create comics on fundamental rights has taken many forms now.

For example, the Election Commission of India asked us to create a comic on democracy and election-related laws. We are looking forward to such collaborative projects with government and non-governmental organisations.

Following the success of the first comic on fundamental rights, we are excited to work on more books in the series of Lawtoons and hopefully also explore other forms of dissemination of our work, including digital and animation.

I like how you have a video of the girl child set to a Gujarati poem with a collaborator. How do you choose your collaborators?

When Canadian Consulate approached us with the idea to create a comic on the girl child, we were excited to work on it. We wanted to make a comic very positive and inspiring and very very real. That is when the idea came up to illustrate a Gujarati poem based on a real-life incident – of a heroic tale of a 14-year-old girl child in Gir forest in Gujarat who made a lion run away by her courage single-handedly.

How do you choose your topics to create Lawtoons?

The first Lawtoons was created was based on the interactions that we had at the schools during our presentations on law, constitution, democracy and other subjects that children already study as part of civics curriculum. We plan to work on more topics covering the civics studies through Lawtoons.

When we are approached by Government or another non-profit, we look at making sure the work has an element of the law that is simplified.

Tell us about your crowdfunding project on fundamental rights.

We had launched a crowdfunding campaign to create and publish the first volume of the comics to create the prototype.

The campaign became a success and we raised 125% of the amount pledged. With our crowdfunding campaign becoming a success, we became one of the first legal innovations projects to be successfully crowdfunded. We have partnered with the prestigious National Institute of Design, who are supporting us with our design and illustration needs. We have consulted child psychologists, retired High Court judges and children’s story writers to add nuanced understanding on this interdisciplinary project.

What is your most effective dissemination strategy?

We got very lucky to have Vani Prakashans, New Delhi as the Publishing Partners,  who are helping us reach the length and breadth of the country. Our presence on Amazon has also helped us reach out to a varied audience.

As for the comic prepared through collaborations such as with Canadian Consulate or the Election Commission, these partner organisations also work towards disseminating the comic.

Get a copy of Lawtoons here.

Can you share some success stories with us here?

Lawtoons has had very positive response across audiences.

One of my favourite friends of Lawtoons, Khushi Patel, was in 9th standard when we first spoke to her about Lawtoons. She got inspired by Lawtoons to write her own school’s constitution! The idea won her an award by India Today in New Delhi.

How do you envision the future for Lawtoons?

Lawtoons has the potential to bring about a change in the way legal awareness can be brought about in the society. By bringing together the idea of laws using the form of cartoons and user-friendly designs, Lawtoons can have a tremendous impact by changing the way people understand their rights as well as the laws that affect them on daily basis.

Going forward, we are planning the following activities to grow our work at Lawtoons. We envisage a mix of the following product lines:

You are a very inspiring young entrepreneur/ What is your one habit that could help other entrepreneurs?

I have seen a lot of young entrepreneurs take themselves too seriously. My advice to them would be not to let your work remain your only identity. Pursuing hobbies is always a good idea! 🙂

Prioritizing 21st Century Skills For Students In The Post-COVID Classroom