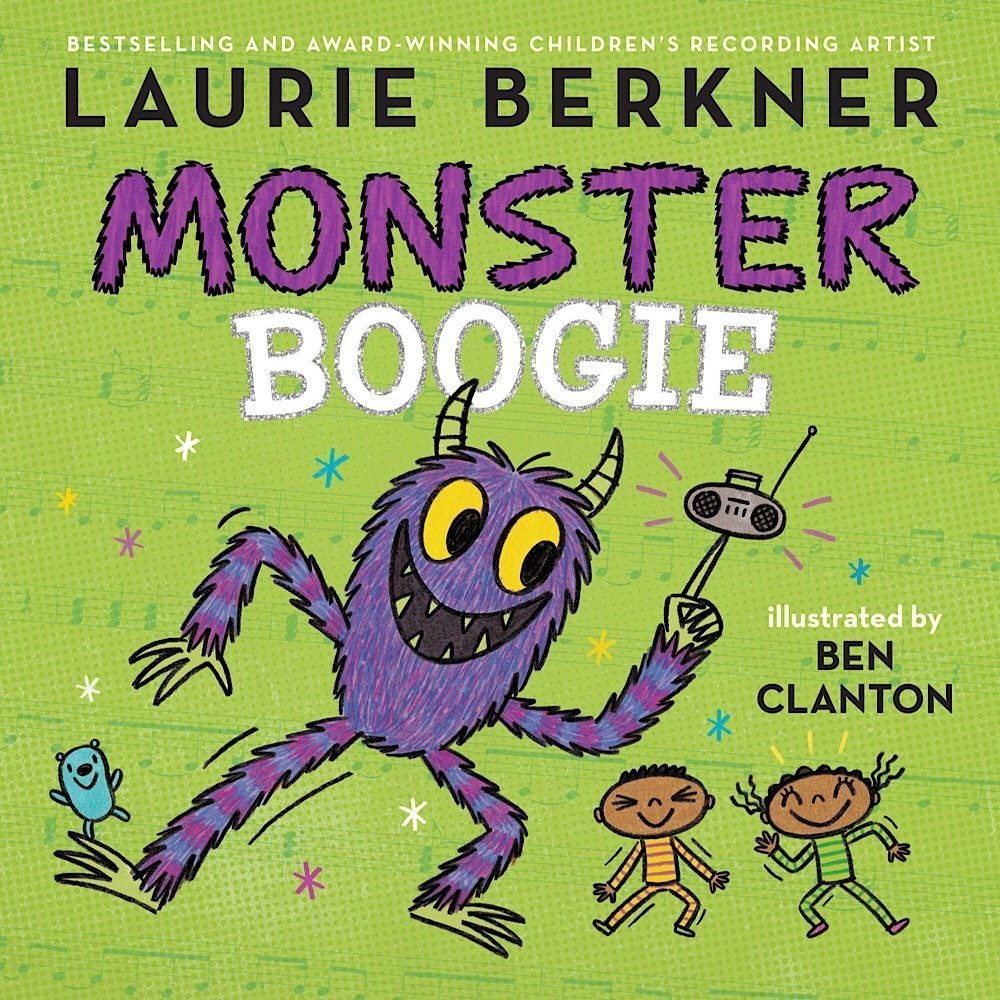 Laurie Berkner is an award-winning children’s musical artist turned children’s book author. In July of 2018, her song “Monster Boogie” is scheduled to be released in children’s book form. Laurie’s playful lyrics coupled with colorful illustrations make this song a perfect candidate to be rendered into a book format.

As both an indie rocker and a preschool teacher, Laurie understands the value of the arts. She recently discussed her music and her latest book via an exclusive interview.

Meagan Meehan (MM): How did you initially get interested in turning your lyrics into books?

Laurie Berkner (LB): Over the course of my career, it has come up many times from other people that my songs would make great picture books. That sounded like a fantastic idea to me so I got myself an agent and we started looking for ways to do it.

MM: How did you come to work with Simon and Schuster?

LB: We originally approached a bunch of different publishing houses with my songs, and after meeting with various editors, decided that the vision Simon and Schuster had for turning my songs into books was most aligned with my own. It really felt like the right home for my music.

MM: How much control—if any—did you have over the illustrators and that style of art?

LB: I actually had a lot of control over the illustrators and style, which I’m very grateful for. I know that isn’t always the case. My original editor at S&S curated a list of illustrators that he really liked and felt would be good to work with, and then I chose from that list. Luckily for us, they were actually both available and interested in the project! I had more input with Ben Clanton (“We are the Dinosaurs” and “Monster Boogie”) than I did with Camille Garoche (“Pillowland”). She has such a specific and complicated style of creating the art, and she dove in right away without discussing too much with us first. Luckily, I loved everything that she came up with, and we had very little to tweak even after just the first round. Ben worked with us more on what the story lines would be before he started drawing and then gave us some room to play with what he was developing. He also has such wonderful instincts that mostly we were just expanding on the amazing visual worlds he had already created.

MM: To date, you’ve published three books based on your lyrics so did you find it tough to tell a complete story in such few words?

LB: The songs that we used for the books are not really story songs, so the illustrators had to expand on what they heard, through their pictures. I also gave my editor ideas to suggest to them by talking about some of the underlying themes of the songs that may not have been as obvious when the words are just on paper. For example, in “Monster Boogie” it was important to me to have the book explore both the positive excitement that some kids feel about monsters and pretending to be monsters, as well as the fear that a lot of kids have around them. I think we’re all afraid of the parts of ourselves that we consider “monstrous” and are afraid we won’t be loved if anyone ever sees those things. That means that pretending to be a monster can be a very courageous act, and I think that Ben did a great job of showing it in the book through the boy who starts out afraid but ultimately joins in on the boogie-ing by the end of the story.

MM: How did you think up the lyrics to these songs and did the beats come before or after?

LB: Songs all come out in different ways. Sometimes it’s just a rhyme or an idea for a theme that inspires me to add music to it. Sometimes it’s a melody that I wake up with from a dream that I add words to later. With “We are the Dinosaurs” I was playing chords and making up words about dinosaurs at the same time, while I was teaching a music class. For “Pillowland” and “Monster Boogie,” I honestly don’t remember what came first!

MM: You also write musical plays for children…what’s that experience like?

LB: I’ve been lucky enough to work with New York City Children’s Theater on three musicals for families in recent years. My main role was always to write the music to help tell the stories (all based on children’s picture books), while Barbara Zinn-Krieger wrote the scripts. Getting to watch other people act out and sing songs that I had written was so moving!  I had no idea how incredible it would feel to experience that, and for the first time get to enjoy the audience’s reactions while I was in the audience too!

MM: What experiences involving your books have been most rewarding and why?

LB: The most rewarding part of almost anything I do is seeing the reaction from the kids once it’s done. With the books, when a child says, “Read it again!” or acts out the story or sits fully engrossed with one of my books in their lap, I feel like I’ve had a chance to make an impact on their lives. That makes me feel so grateful to be able to do what I do.

MM: So, which song will he turned into a book next?

LB: I don’t actually know, but if I had to choose it would be “The Goldfish”!

LB: I want to keep challenging my own creative boundaries. I love having a chance to try something that I can use some of my skills to do, but that is different from things I’ve done before. At some point, I would love to develop my own show for kids. I have a lot of ideas about what that would be and it would be amazing to see them come to life.

LB: If you’re interested in finding out more about my music and what I do, I have many albums’ worth of songs on most streaming platforms like Amazon, Spotify, and Apple Music. I also post a new music video on my YouTube channel the first Friday of every month. Watching and listening on these platforms is a wonderful way to support artists like myself, so we can keep making you new music!