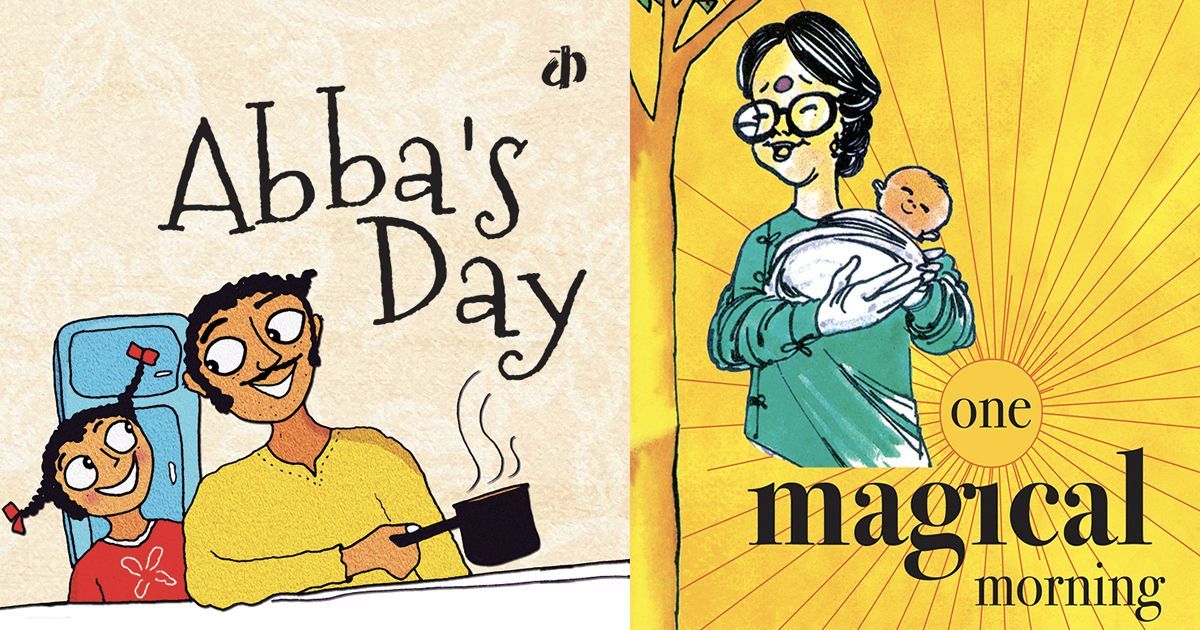 Katha’s Gender Series shatters the misconception that social issues can be discussed and understood only after a threshold age(by which time, the social conditioning is very hard to undo.)  Katha seems to tackle the problem head-on, with an underlying premise that the right idea sown in the fertile young minds have the potential to eradicate the weeds all by themselves.

Gender discrimination and stereotyping is a social issue that has become unobtrusive by virtue of the fact that it has existed for ages. It has existed in so many forms and shapes that it could fit with the definition of the proverbial shape-shifter, its everywhere and yet we don’t take notice it, because well- its always been there, smack in the middle of the room and yet, nothing novel about it.

Sometimes, we hear a faint voice, often the voice of a child(who else would recognize the novelty in this world better?)  – questioning the constant presence of this shapeshifting companion he doesn’t fully understand.  The child sees it morphing from “Girls don’t go to school” to “Girls are supposed to clean up the plates of the men” frequently and questions its presence.

Often, the faint voice of the child is silenced with a ‘That’s how is it always done’ and what’s more, it is advised to befriend his unfamiliar companion.

Katha Foundation decided to strengthen this faint voice in the minds of all children. Launched in collaboration with the New Zealand High Commission last year, Katha’s ingenious “Gender series” is a series of 5 adorable picture books that emphasize one aspect of gender inequality each.  Whether it is the about the education of the girl child, or the illogical alienation of the daughter once she is married- Katha handles it beautifully in a voice that seems to speak from the child, as well as to the child.

Here’s a review of all the 5 books from Katha’s gender series:

Theme: Education of the girl child 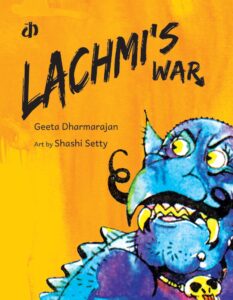 Lachmi’s War is a lovely book that personifies the phenomenon of keeping the girl child deliberately ignorant and uneducated. Tobakachi is an evil Asura who wants to consolidate power as the King of the World. He sees that the easiest way to do it is to keep the girls from getting educated- which makes half the entire children’s population uneducated and ignorant, making his work much easier. He takes the form of a woman, a politician, and an old woman to brainwash the villagers against educating their girl children.

However, Lachmi, the smart village girl has a plan to beat the Asura’s plans.

Lachmi’s War actually nails the root of the problem – the only reason girls are not given education is because it could topple the power balance. The book is a powerful conversation starter.

Theme: Beliefs around a girl’s marriage 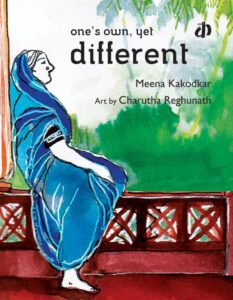 This book is a simple story of a girl bonding with her loving grandmother.

Attibai is the loving grandmother of the lively and spirited Banu. Banu loves hearing stories about her grandmother’s childhood but is often left puzzled by some things that her grandmother had taken for granted at her time- like never going to school. Along the way, she also notices many contrasts in the way Attibai treats her own mother and their maternal uncle(even though she is the mother to both of them.) She also recognizes that her grandmother’s anxiety for her safety is tied to her worry about her marriage –  for eg: A girl with a broken limb is hard to ‘give away’. Banu also finds out that her grandmother thinks of her mother, Sunanda as an outsider, because she is married into another family- and is immensely saddened by the thought. How Attibai comes to treat her daughter and son equally is the rest of the story.

Theme: Education of the girl child.

The story is set in a village called Bhopali. Jivuba, who loves to sing, lives in Bhopali along with her mother. She dreams of becoming the best singer in the world but her mother tells her that with her beautiful voice it will be easy for her to put her babies to sleep. Jivuba goes to Dammu, the forest apsara, and asks her to help fulfil her dream. Dammu tells her that in their village the girls are married off at an early age hence she won’t be able to help. But Dammu comes up with a solution. She promises Jivuba that she will make all the parents forget to get their daughters married. But if someone mentions the word ‘marriage’ the spell will be broken.

From that day onwards, all the parents forget about getting their girls married. Instead, they tell them to go to school, learn new skills and fulfil their dreams. The Sarpanch announces that whoever send their daughters to school shall be suitably rewarded. Two years later, Jivuba’s uncle comes to visit them and questions her mother in a loud voice about why Jivuba is not married even though she is eighteen years old. Lo and behold! The magic spell by Dammu is broken.

What happens after the spell is broken is the part that tells us why the spell was a good thing! 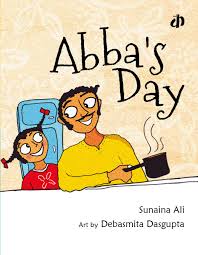 Abba’s Day handles the ubiquitous topic of labour division. The book handles the issue of ‘chore wars’ in a positive light by sketching a father character who designs ideal weekends for the whole family, especially for the mother who works all week for them at home.

Aaisha is a differently abled girl whose favourite day of the week is Sunday. Her father wakes her up and together they make masala tea for her mother, go shopping together. Her father takes charge of the kitchen and they dust and sweep the house together. 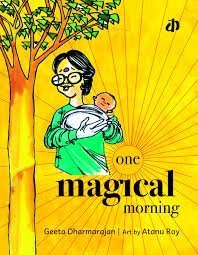 This book touches upon the issue of gender discrimination and highlights the tendency to think of boys as blessings and girls as a curse by families.

Jishnu, an influential sarpanch of Vikaspuri, is blessed by the Sun-God to have a boy. He gets pregnant himself, which brings him into close scrutiny by everyone. Now fully conscious about the dangers of malnourishment during pregnancy, Jishnu brings in community initiatives for the health of pregnant women in Vikaspuri. He also begins to understand the travails of a pregnant woman.

After all this, Jishnu is disappointed- he gives birth to a girl! He is furious that the Sun-God has cheated him but comes home to another important revelation in the end.

At the end of each book from the gender series, we find pointers provided under the labels – THINK, ASK, DISCUSS & ACT that help start conversations around these heavy themes.

Her mantra in life is - Grow through what you go through.