The ‘big book’ tag is apt for another reason: Each theme is introduced to the reader through an anthology in various formats- poetry, non-fiction, fiction, long-lost folk tales, apt inspirational quotes from leaders, real-life stories about strife and victory- bringing their StoryPedagogy philosophy to full life.  Not to mention that each of these pieces is accompanied by some inspiring illustrations for the young imaginative mind. The real-life stories are accompanied by photographs.

Katha’s core philosophy is hinged on the premise that it is never too early to sow the right ideas in the minds of children-the younger they are, the more fertile they will be to grow it into something much larger. Launched with the support of Ashoka Changemakers for the Public and Oracle Giving for Young Changemakers, the Thinkbook series carries ‘Theme Talk’ at the end of every book that serve as classroom conversation starters and project discussion material.

Another spectacular feature of the books is that contributors of stories, art and design to the books are artists of international repute(think award-winning worli painters and international folklore story-writers!)

All books are for reading age group of 5+ years and edited by founder of Katha, Geeta Dharmarajan.

Here is a detailed review of each of the 5 books in the Thinkbook series:

My big book of Global Warming

My Big Book of Global Warming explores pertinent issues of environmental protection and conservation and examine the effects of global warming. Record winters, heat waves, droughts, floods and cyclones – these are the extreme conditions caused by erratic climate. But WHY and HOW does it all happen? The book answers these questions through simple explanations accompanied by illustrations and images making it easy for kids to understand the gravity of the situation.

This book begins with an explanation of the term Global Warming by showing a cause and effect relationship between human actions and climatic changes. With hardcore facts told in the form of poems and little snippets,  it not only speaks of the problems at hand but also provides shows hope by demonstrating that solutions are not unachievable.

Towards the end, the book enumerates several solutions to prevent global warming which can be easily adopted by children in their day to day life.

My Big Book Of Girls

My Big Book of Girls is a book that challenges gender stereotypes and provokes with its galvanizing words and illustrations.

My big book of Earth

My big book of Earth is a collection of poems, short stories and factual data relating to Mother Earth and our relationship with our environment. It throws light on how the planet’s delicate ecological balance has been disturbed by our irresponsible behaviour.

To this end, the book suggests the young readers create Earth-Carers Club in order to protect  Mother Earth. It lays emphasis on the three Rs – Reduce, Reuse and Recycle.

My Big Book Of Dogs

My Big Book of Dogs is about the presence of canine friends in our lives. 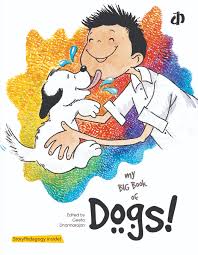 My Big Book of Kindness 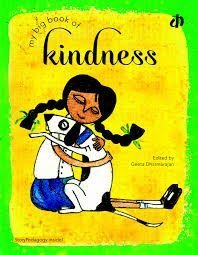 only a choice but an easy and important one as well.

Book Review: ‘Off The Clock: Being less busy while getting more done’ by Laura Vanderkam