Skip to Content
Home / In the Media SpotLight / “I Spy Butterfly”: Interview with Puppeteer Faye Dupras 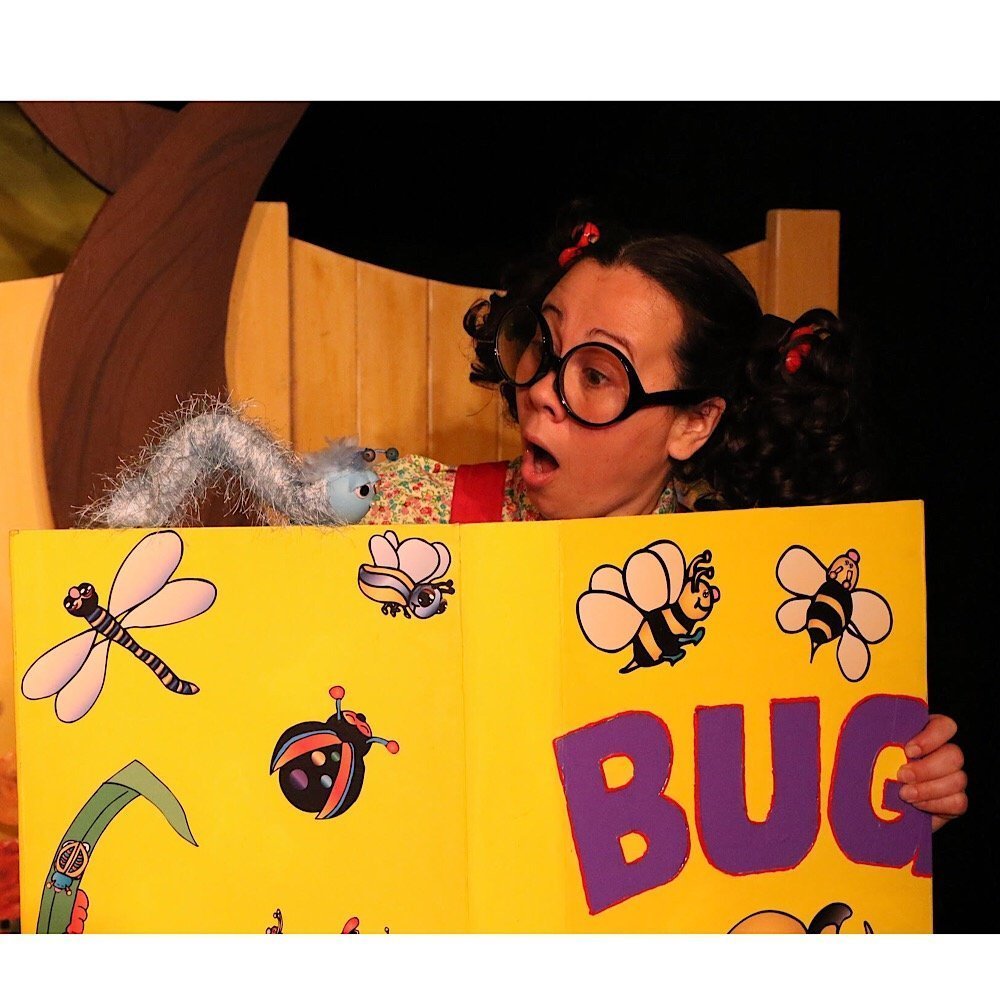 “I Spy Butterfly” is a new puppet play that asks how a nature-loving explorer become a bug’s best friend. The play is presented by award-winning Boston-based puppeteer Faye Dupras and her company who are happy to return to NYC’s Just Kidding with this fun and interactive new musical –puppetry tale about growth and change.

The play focuses on a girl named Trudy and her friend Harold the caterpillar. When Harold suddenly transforms into a chrysalis, she’s determined to do the same. Just when she is about to give up hope, she learns that her tiny friend needs her now more than ever. Live music (composed and performed by Max Weigert), colorful critters, and oodles of audience interaction make this show a fun ecological romp in the wild. At this NYC exclusive performance, audiences will discover a visually beautiful and emotionally moving piece of theater.

Faye Dupras is an internationally touring artist who engages community through her commitment to creating “puppetry for everyone.” Critics have described her work as “spellbinding,” “imaginative,” and “powerful.” “I Spy” is one of Dupras’ new works for children and families. She recently discussed this play and her fascinating career via an exclusive interview.

Meagan Meehan (MM): How did you initially get into puppeteering and how did that lead to you making your own puppets?

Faye Dupras (FD): In the fall of 1996 while cycling through rural Ontario (I’m Canadian) I happened upon a heritage home featuring a small puppet exhibition. I stopped to look. Standing alone in the cramped stuffy room full of puppets I had an epiphany, “I want to be a puppeteer!” I reached out to the exhibit’s curator, Canada’s acclaimed puppeteer Noreen Young and within the month I was apprenticing under her. Noreen’s style of teaching was to hire me onto projects. She is primarily a TV puppeteer, so I got my start making puppet props and costumes for TV puppet shows. I quickly learned that although I loved puppetry, I was more drawn to the stage and the connection that happens with a live audience.  I moved to Montreal to study “Drama in Education” at Concordia and then moved to Connecticut to pursue an MFA in Puppetry Arts.

MM: How did you initially come up with the idea for “I Spy Butterfly” and how complicated was it to stage?

FD: This is the first project that started as a puppet building workshop for children. I was teaching a simple butterfly puppet workshops for children ages 3 to 8 and parents started reporting back to me (even years later) that their children loved the puppet and still played with it. I started envisioning a program called “See Make Play,” which would allow children to see a short puppet show, make their own puppet, and then play with the puppet in the same set the professional puppeteer was using. I got a small grant from my local arts council to work in libraries to develop the project using direct feedback from parents and children. Over the next 4 months we created a lovely short piece that that became the seed for “I Spy Butterfly” We presented it several times in the greater Boston region and had such a good response we decided to make it into a full-length piece. The full length premiered in Brookline MA in Feb of 2017 and has since toured throughout New England and up into Canada.

MM: How did you find a partner to help you create the music and lyrics?

FD: I first met Max when I hosted a family sing along event in my home in 2014. I was struck by Max’s innate ability to, through music, speak directly to both children and parents alike.  By the end of the evening the children had scooted forward and clustered around him like little chicks to a mother hen and the parents were beaming. I knew right then and there that I wanted to work with him.  Originally, I thought “I Spy” would be a one woman show that he would score, but it quickly became evident that we had great synergy on stage and loved working together. Adding Max as the friendly neighbour next door who helps Trudy through her journey really enhanced the story.

I also work with director, Jason Slavick, who has directed 4 of my shows. He came on board when we started working on the full length. piece It’s his tremendous skill as a dramaturge that has shaped this show into a well-crafted story.

MM: What’s your favorite thing about the show and why?

FD: I really love playing the character “Trudy.” It’s like I am channeling my 6-year-old self.  She is so verbose and bold and delighted by life.  Even though she’s me I often feel like I am borrowing someone for a bit every time I play her on stage. I also love the empathy the children show Trudy as she navigates her way through figuring out how to still be a friend to Harold the Caterpillar once he has turned into a chrysalis. Since the show is so interactive the children feel free to shout out to Trudy words of encouragement and suggestions on how to deal with different challenges she encounters. It’s simply delightful to be helped by a group of caring little children…especially since I’m old enough to be their mother.

MM: How did you come to collaborate with Symphony Space?

FD: I preformed another show “The Great Red Ball Rescue” in their venue a couple of years ago.

MM: How many places do you perform this play?

FD: We’ve performed this show across New England and up into Canada.

MM: What has been the most rewarding experiences regarding fans and audiences?

FD: Being showered with love after a show is heart-warming, especially when adults tell us they were moved to tears or laughed heartily at the funny bits. “I Spy Butterfly” is essentially a play about navigating change…and change is hard for everyone not just children, so it is very rewarding when the show resonates for all members of the audience regardless of age.

One of my fondest memories is when we were invited to eat cake with a birthday girl post show. Max and I sat at the little table with our knees up to our chin having a tea party with a small group of 5-year-olds as they peppered us with questions about the show.

MM: Overall, what are your biggest goals for the future and are you working on any other plays at the moment?

FD: We are working on a new series of shows called “Cozy Corner.” The series is a spinoff from “I Spy Butterfly,” but instead of taking place in Max’s back yard, the show happens in his home. Cozy Corner focuses on social emotional development of children using puppets music and story. We’ve already created 4 episodes and plan to create 4 more in the new year.

FD: We hope to see you at Symphony Space on December 15th!

Stream the “I Spy” songs at this link, and for more information, visit the I Spy Butterfly site.