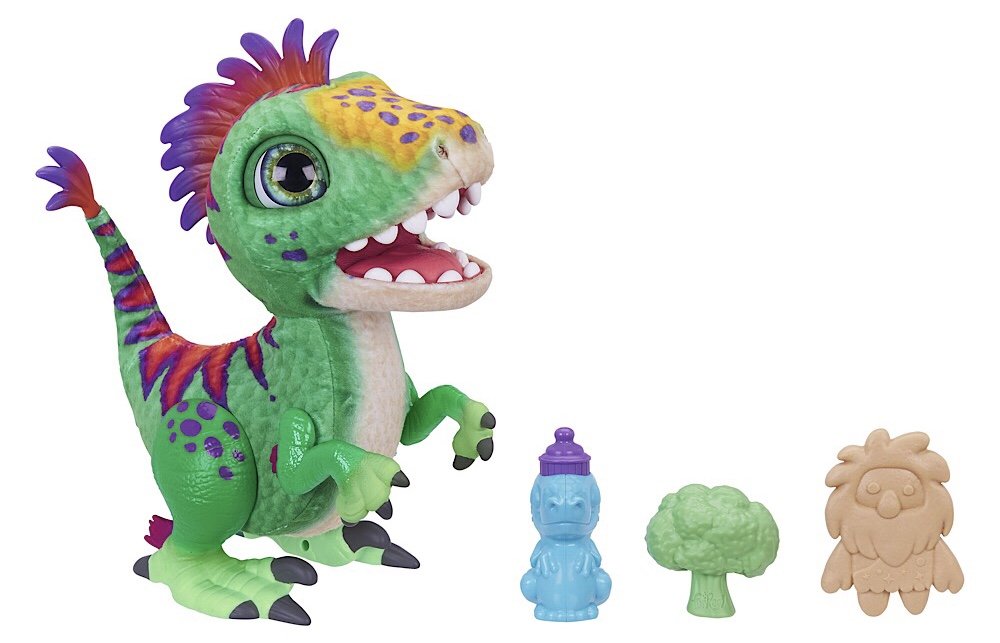 Hasbro is one of the most successful tout companies in the world due largely to their incredibly Imaginative, detailed, and well-made toys. From original properties to licensed material, Hasbro knows how to create truly fun and unique items. Just in time for Fall of 2018, here are some of their coolest new releases:

FURREAL MUNCHIN’ REX Pet—This is the latest release from the amazing FurReal Friends line that is a Hasbro original! Geared at children ages four and older, this $49.99 toy is intended for children ages four and up. Rex is an adorable baby dinosaur with a huge appetite that loves to have fun. He comes with a caveman-shaped cookie, a dinosaur-shaped bottle, and a piece of broccoli. Kids will be just as excited as Rex when they see him shuffling around ready to eat his next snack. Rex loves to eat his caveman cookie treats and drink from his bottle. He even makes slurp, burp, and other noises while he is eating his food. Depending on his mood Rex sometimes will spit out his food or try to play with it, especially his broccoli! If he is nice and full after eating all his food a pat on the head will make him roar or coo happily. The FURREAL MUNCHIN’ REX pet responds to sound and touch and comes with over 35 sound and motion combinations. FURREAL MUNCHIN’ REX includes two dino treats and bottle accessory. Requires four “AA” batteries, demo batteries included.

DreamWorks TROLLS PARTY HAIR POPPY Doll—This colorful doll is for children ages four and up and retails for $29.99. Based on the popular movie, POPPY is ready for a roller-skating good time with the DreamWorks TROLLS PARTY HAIR POPPY doll. Pull the “critter friend” hiding at the top of POPPY’s pink hairdo to reveal a telescopic rainbow of plush hair and a series of fun sounds and phrases! Get the party started by rolling POPPY around on her roller skates while she sings an original song from the Netflix series, “Trolls: The Beat Goes On! “The doll comes with a sparkly headband and purple glitter critter comb. Batteries Included.

DISNEY PRINCESS POP UP PALACE Playset—This playset retails for $49.99 and is intended for children ages three and older. Kids will love recreating magical moments from their favorite DISNEY stories with the DISNEY PRINCESS POP UP PALACE playset! Pull on the top handle and this royal castle extends up to two-feet tall. Each room is themed for a different Disney Princess movie and delightful illustrations of the animal characters from them. Inside the playset are movie-inspired accessories such as a shell-shaped bathtub, rose detailed table and chair, royal lounge seat and more! The playset is one for kids to imagine their favorite movie moments and also doubles as a carrying case to take their play on the go! Dolls are sold separately.

All of these toys are available at most major retailers. To learn more, visit the official Hasbro website.

Kiddopia: An Edutainment App for the iGeneration