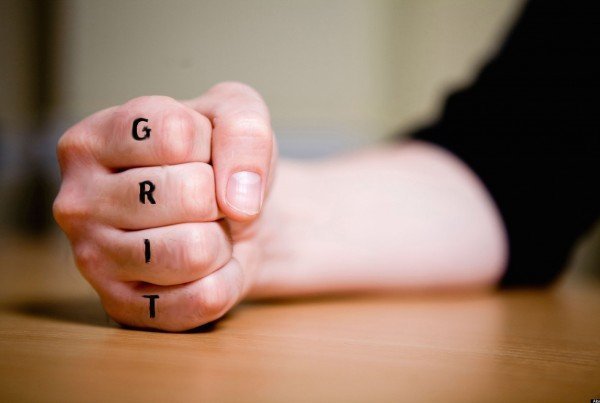 It was New Year around the corner and the air rang of ‘let-your-hair-down’ in the holiday season. It was at such a time that I got talking to a long-lost friend who had moved a couple of years ago. I remembered that she was particularly worried about her son who was going through the transition as a teenager and had some difficulty coping with his educational commitments. To my pleasant surprise, she was exuberant about his new course and beamed that he was indeed doing exceptionally well; even bagging a few awards every now and then. She also added regretfully that all her ‘worry’ at that time seemed silly and unnecessary in retrospect.

This got me thinking. How successful are we in identifying a child’s natural talents? Even when we have successfully done so, there is a certain amount of hand-holding we need to do. When is the right time to drop those hands and let them find their own strengths? How do we ensure we are not pushing the wrong buttons on them while we think we are motivating them? Where do we draw the line to know the difference between external motivation and internal inspiration? What causes kids to drop midway and what can help them face their challenges?

Also See: 7 Effective Ways to Help Your Child Transition Into A New Environment

So, how do we build this trait called grit in kids? Can it even be developed? Or are some people simply born with it?

Dr. Carol Dweck from Stanford University, in her path-breaking research on learning Mindset and personalities has classified learning mindsets into two broad streams. One is the ‘Fixed mindset’ and the other the ‘Growth mindset’.

Suppose your child sings to you. You hear her and say,” Wow! You have a natural ability for singing! You have great talent!”

You have used the fixed-mindset approach here.

Now, suppose your child sings to you. You hear her and say, “ Wow! You sang so well! How long did you practise to get this far?”

You have used the growth-mindset approach here.

Both were positive responses. However, the difference is HUGE.

When you say, “ you are a natural”, you imply certain things are out-of-bounds for her only because she is not good at it the first few times. Or that she has any hope of doing well in something only because she showed some natural ability.  Many adults still believe that they simply can’t do certain things  because they weren’t good enough at it a long, long time ago. Nothing can be farther from the truth.

Fixed mindset focuses on natural abilities. You can either do a thing naturally or you cannot do it at all. That’s it. You are born with it. Or not.

The Growth mindset, on the other hand, is based on the belief that anybody can learn anything, provided they work on it long enough.  The growth mindset focuses on the effort spent doing something along with the outcome.

In the growth mindset, you reinforce that failure is the fuel to learning. You emphasize that her effort was more important than the result. The process of learning is more valued, hence the child will not hesitate to keep pushing boundaries to step into unfamiliar territory. For the same reason, she will not hesitate to show her not-so-perfect side to you. Only because she is secure in the fact that her mistakes today will not determine her results tomorrow. She can stop worrying about suddenly not being good enough. It takes the emphasis off “perfect results” in a learning process and puts the spotlight on “getting better every time”.

Are we saying children are not naturally talented in some ways? Are there no natural inclinations one is born with? Of course, not.  Almost all children show affinity to some specific art or science form(s). The many prodigies that emerge from time to time are no myth. However, what we fail to understand is that even these prodigies undergo a tremendous learning process before they can be called masters in their fields.

Malcolm Gladwell, in his book, ‘Outliers’ explains the 10000-hour rule. All great masters, leaders, entrepreneurs and even mavericks have gone through a minimum of 10000 hours of practise to excel in what they do. The important thing is their practice hours are filled with new feedback every time.  They look for feedback from fellow artists, writers, history, ancient art forms, Nature, their students, the people around them. When they receive feedback, they integrate it seamlessly into their learning curve. And then give a spectacular performance for the audience. And the cycle repeats. Every time.

But, here’s the thing. Many not-so-naturals have ultimately become brilliance personified in their fields often surpassing the naturals. When they reach such levels, their efforts are shadowed and they are perceived to be naturals. Derek Sivers, Sir Ken Robinson, Alan Watts, Manu Prakash and many more are all examples of brilliance through sheer efforts.

Here’s a very simple, but important list of things to help your child grow up believing in themselves:

1. Identify the good: Every child has some favourites. Help your child pick up those areas and work on an improved version every time.

2. Identify the not-so-good: Every child also has those tough spots. Your child might show a tendency to avoid these naturally . However, gently insist on deliberately picking the hard ones. She will make mistakes and have a hard time grasping some concepts. Work with your child to identify her failure modes.  When she makes repeated mistakes, don’t express exasperation. Instead, casually mark those as areas that you need to re-visit. Encourage your child to mark it herself and set a time for revisiting those concepts. When she gets better( she will, positively), make sure you mention her efforts are paying off.

3.  Stop saying ‘Great job’: When your child shows you her art work, don’t say ‘great job’ blindly and stop at that.  Children are far more perceptive than we can imagine and they will easily see through a hollow ‘great job’ comment. Look up from your phone, pause the movie, set the stove to simmer and take a genuine look at her work. Enquire about the thought behind it. If she says she made a boat and all you can see is a lump of a rectangle, tell her what she needs to do to make it more of a boat. If she really has done a great job, take the effort to tell her what exactly you like or appreciate. She will appreciate the feedback.

In the long run, ’Grit’ is simply a combination of two primary traits – positive self-worth and optimism/hopefulness.  These two are important to maintain mental strength and ‘grit’ through difficult circumstances  and work toward the future. Paying attention to a few things can help raise a generation of “gritty” individuals.

Do you employ any methods to develop positive traits in children? Let us know in the comments below.

If you liked this article, don’t miss our upcoming articles under the ‘Awesome Parenting’ series.

This article has also appeared on the Huffington Post.

Devishobha Chandramouli is the founder of Kidskintha- a site dedicated to creating happy children. She believes that growing up well and happy is a function of growing up with well-informed adults. This site aims to deliver research-grounded and bite-sized pieces of information on two important facets of a child’s life- parenting and education. You can find her voice on the Huffington Post, Addicted2Success, TinyBuddha, Citizen Matters , Nectar and Lies About Parenting.

Talk to your daughters before the beauty companies do!