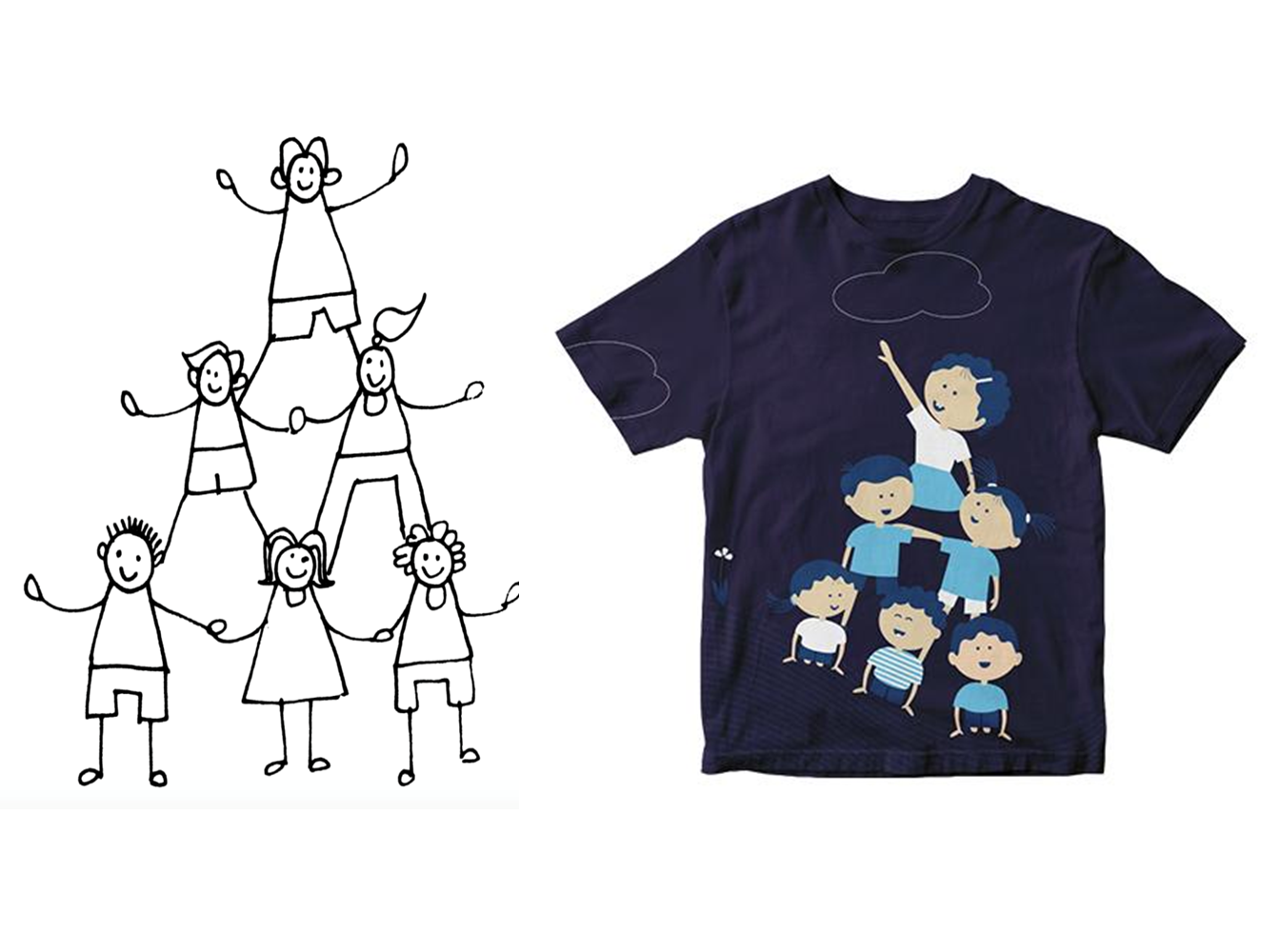 Gender equality is a buzzword, with reports claiming that gender equality will impact everything from the global economy to health goals. Here are The International Labor Organization released a survey that says that employment rate would increase drastically if the gap between men and women was brought down.  Health is another area that would benefit from ending gender inequality.

Child mortality in 219 countries will come down if education was accessible to both men and women. Ditto for carbon pollution according to the Drawdown project.

Even the United Nations Sustainable Development Goals has gender equality on its list of 17 goals, to be achieved with public policy recommendations.

However, we often forget that gender equality often begins with small changes. In reality, gender stereotyping begins very early and exists in almost everything surrounding us today: movies, media ads, books, toys and even our own home in dividing chores. Gender roles are defined in insidious ways and they show up unobtrusively in everything we do. In fact, toys and clothes today are more divided by gender- chalking up to the difference in the representation of the sexes in STEM studies and eventually, leading to a wide pay gap.

According to experts, small, everyday actions such as exposing children to non-stereotypical characters found in books and movies, or dividing housework equally at home, can redefine behavior patterns for this and the next generation, and broaden women’s access to resources and opportunities. There’s research that says that the effects of gender stereotyping that begin early have life long impact– often influencing career choices.

Gender stereotyping is by no means a small thing.

One woman decided to tackle the issue of gender stereotyping in its myriad forms head on.  Amita Malhotra Lalwani’s role as a mother transformed her curiosity and concern of gender stereotyping and propelled her into taking solid action. When she found a like-minded friend Reema Ahmad, they founded Candidly – a platform that promotes candid conversations around gender equality and Equalitee– a gender-cool brand of merchandise to help kids challenge gender stereotypes, and parents to recognize when it happens. 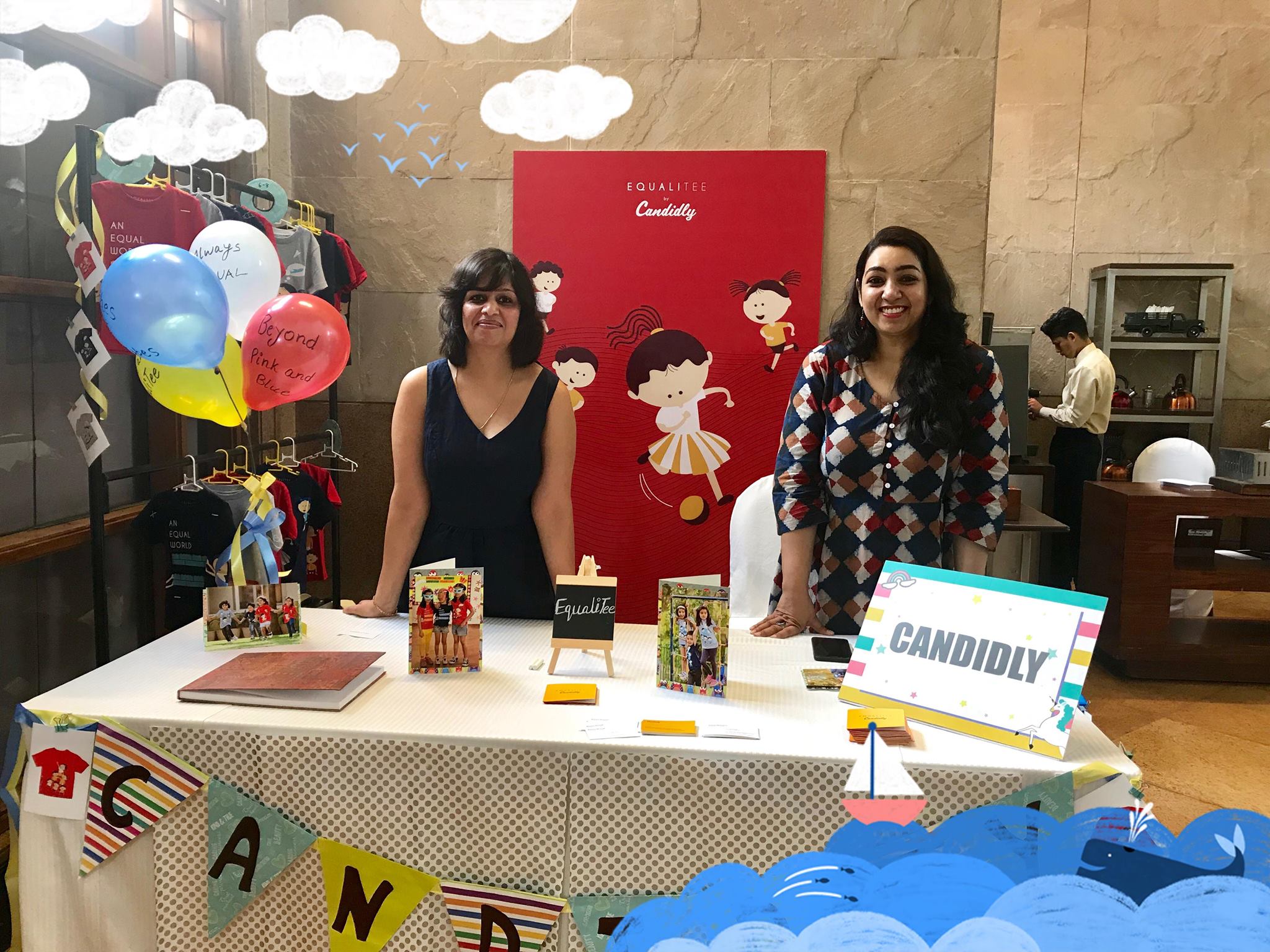 Read on to know more about Amita’s exciting journey and what they offer:

Your venture Candidly works on gender equality for kids. What prompted you to begin your work in this area?

I was in college when I first learnt to think about gender and how it influences identity. When I became a mother, I found myself thinking deeply about what it means to raise our children as individuals, exploring who they are and what they wish to be unshackled by rigid gender roles. The two came together for me when I joined hands with my college friend, a sexuality educator and a mother, Reema Ahmad to co-found Candidly, a platform to facilitate candid conversations on topics of gender, sexuality, and media among children and young adults. Last year, I launched EqualiTee a gender-cool brand for kids to challenge gender stereotypes in early childhood through gender-neutral products and popular culture.

Do you work with toy companies on the advocacy for gender equality?

EqualiTee is a Let Clothes Be Clothes (LCBC) approved retailer. LCBC is one of the leading advocacy groups in UK, working with retailers and toy manufacturers to break gender stereotypes. We also curate toys and merchandise that encourages children to actively break gender stereotypes. For example, we work with Lottie Dolls, an Ireland-based award-winning dolls company that breaks stereotypes of beauty and domesticity associated with conventional dolls. Think Dolls who are Astronauts, Wildlife photographers, Fossil Hunters, Kite Flyers.

How young do you start with children?

The EqualiTee product range starts at 2 years. Research shows that from early childhood (0-6 years), children start learning about gender identity (‘I am a boy’, ‘I am a girl’), they learn about activities, toys, skills associated with each gender (‘Boys play cricket’, ‘Girls play with dolls’), they start developing gender-typed play, adhering to rigid stereotypes for themselves and others, becoming intolerant about gender-role transgressions (‘I can’t wear pink, that’s for girls) as well as developing a preference for playing with children of their own gender. The onslaught of marketing and media aimed at children has played a big role in exaggerating gender differences and making children develop limited ideas about who they are (superheroes for boys, glitter and glamour for girls). Hence as parents, we need to stay conscious of ideas they are being exposed to early-on

In your experience with kids, what are some very effective ways to bust gender stereotypes?

I feel there are three key influences that impact their beliefs and behaviour – 1. Home 2. School 3. Media.

At home, the children learn about gender-roles through the division of domestic chores (does daddy cook, can mommy fix the light fixture), they learn about money (decisions about earning, spending), they learn about the role of gender in personal relationships (egalitarian/patriarchal). At school, they learn about gender-roles through activities and attitudes of our peers and teachers. Segregation based on gender is most common in schools (classroom seating, school assembly, PE classes exaggerate gender differences by separating children basis their gender. The third is marketing and media, the clothes they wear, the TV shows, the toys they play with. We can effectively bust gender stereotypes by influencing these three spaces.

As a parent, we need to model equitable behavior, expose them to stories and ideas that expand their world-view. As uncles and aunts, we can gift them meaningful ideas and experiences, a mechanics set is a worthy gift for a girl as is a book for a boy.

You have an amazing range of gender-neutral products/toys. Tell us more about them.

EqualiTee is a range of gender-cool merchandise that includes apparel, stationery, and toys for kids. Our unisex collection of t-shirts are aimed at children between 2-8 years, our notebooks based on our 5 themes (Opportunity, Activity, Sensitivity, Creativity and Classic Equality) are popular both among children and adults. Our store also includes toys such as Gender Bender Blocks and Lottie Dolls which are perfect gifts to ignite the imagination of young children.

Research shows that choosing words is just as important as choosing toys to guard against gender stereotyping. Can you give us a few examples of rephrasing that we tend to overlook in our everyday conversations?

Our attitudes and beliefs as individuals and a society are reflected through language. There can be many examples but here is one – think of how you compliment or describe a child. Often girls are described as ‘sweet, cute, doll, pretty or princess’. These tend to value girls for their beauty or appearance. We need to communicate to them that they are valued as individuals, beyond their looks, we can call them brave, smart, curious, witty, caring, resourceful, our words also become the lens through which they see themselves. Let’s give them an expansive vision of who they are.

We often hear parents have reservations about certain words or topics surrounding gender. Tell us about your experience with this.

My own experience has been most often gender and biological sex are seen as the same thing. Parents don’t realize that much of what we consider as ‘natural’ difference is, in fact, a ‘cultural’ difference. Also, often they miss out on the negative impact of conforming to stereotypes.  Unrealistic expectations of beauty and sexiness for girls create a sense of anxiety, poor self-esteem, and body-shame issues. Boys are constantly told to hide their true feelings. The ‘Be tough’ message aimed at boys correlates to higher risk-taking and impacts their health negatively. From binge drinking to drug abuse, risky driving to physical violence, they are pressured to fit the mode of toxic masculinity.

I feel most parents are well-meaning but are unable to see this correlation. There is a need for greater awareness about this so we can be more critical about the ideas to which we expose our children and continually challenge our conditioning.

What is the best way to work with you?

Next time you buy a gift for a young one, think of the value that it adds to their life and belief that it seeds. If you are a parent or a caregiver, you can choose from EqualiTee’s range of gender-neutral products and merchandise. If you work with a school or a corporate, we are happy to conduct a talk/workshop to share more ideas about raising children in a more gender equitable way.

Tell us about your EqualiTee shirts. They seem to be the rage already!

EqualiTee is our attempt to challenge the highly gendered world of children’s play and expression by creatively representing a world that’s shared by boys and girl equally. Our T-shirts collection, for children aged 2-8, focuses on five themes – Creativity, showcasing a world where boys and girls script their dreams not basis social expectations but their own imagination; Opportunity, for girls and boys who don’t play for the gallery (Instead, they play their full potential); Sensitivity, which celebrates that boys are as capable of being caring and kind as girls; Activity theme promotes the wholesome idea that together boys and girls, win; lastly our classic Equality theme brings alive all the common qualities that bind our entire collection of gender-neutral products – boys and girls coming together, as friends, and collaborators; as playmates and problem solvers – it calls upon all of us to help make our world equal.

Do you see demand for your toys and tees from other countries as well?

We do ship globally, so far the orders in other markets have been mostly from NRIs or Indian residents sending gifts to friends and family staying in other parts of the world.

What is your vision for Candidly? What are you working on now?

EqualiTee has been our key focus for last one year but I do wish to put back more focus on developing digital content and conducting workshops. Within Candidly, I also want to put more focus on conversations around how media, screen-time, and technology is impacting our children’s development and our role as parents in navigating their digital experience.

Gender Neutral Products from EqualiTee are available for purchase here.

I got new boobs!

The sea is snoring- crazy fears!

I can see something!