Skip to Content
Home / In the Media SpotLight / From “Ripley’s Believe It or Not” to Children’s Books: Interview with Illustrator John Graziano 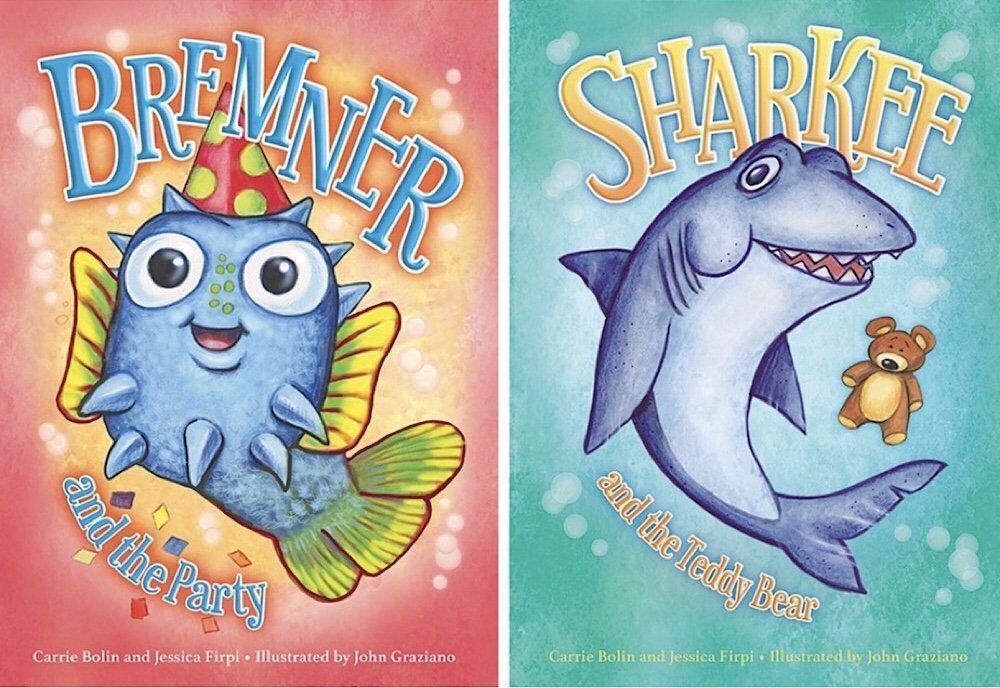 Ripley’s Believe It or Not is a famed publication that has launched a popular website, hit TV show, and a headquarters museum in New York City. Currently, the syndicated daily cartoon of Ripley’s Believe It or Not! is illustrated by John Graziano who is officially the seventh artist to take up the pen since Robert Ripley originated the panel in 1918.

John has been working as an artist and illustrator since 1983, when he received a certificate in Pictorial Illustration from the Newark School of Fine and Industrial Arts. He also studied Industrial Design Technology at the Art Institute of Pittsburgh and is well-versed in most traditional artistic mediums, including pen and ink, watercolors, oils, acrylics, pastels, and scratchboard, as well as his first love, sculpture. He has designed trading card sets and a portrait series based on the 1960s cult TV show Dark Shadows. John has also created comic strips for Scream Queens magazine, designed T-shirt graphics, and created storyboards and concept drawings for Hollywood films.

John has provided many illustrations for Ripley Publishing projects including Search for the Shrunken Heads, the Shout Outs series, Twists: Pirates, and most recently, two Ripley picture books, Sharkee and the Teddy Bear and Bremner and the Party, aimed at the younger fans of the odd and unbelievable. These children’s books are bright, colorful, and delightful. Using few words, they tell complete stories that are largely illustration-driven and will surely hold appeal for even very small children.

Sharkee and the Teddy Bear tells the story of teddy bear that has fallen into the ocean, but there were witnesses…and they want the teddy bear. Join Sharkee and his sassy sidekick as they search for the bear, stopping to ask all sorts of marine animals along the way with varying degrees of silliness. Told from Sharkee’s point of view, this bubbly tail will have young readers giggling at Sharkee’s hilarious encounters and parents entertained by the adorable ending. Will Sharkee ever find the teddy bear? There’s only one way to find out!

Bremner and the Party tells the story of Bremner the pufferfish who is going to a party and is very nervous. And he knows what happens when he gets nervous, he puffs up! Children and parents alike will laugh their way through Bremner’s nervous dialogue as he goes off the deep end before joining the party. Will Bremner puff up and ruin the celebration? There’s only one way to find out!

John Graziano recently took the time to discuss these new children’s books, his illustrations, and more via an exclusive interview.

Meagan Meehan (MM): How did you initially get interested in drawing and how did you find your way to Ripley’s Believe It or Not!?

John Graziano (JG): I found myself drawing and coloring at a very early age…longer than I can actually remember. I first heard about Ripley’s Believe It or Not! when I was in the 5th grade and got a copy of Ripley’s Believe It or Not! True Ghost Stories and Plays from the Scholastic Book Club. I was intrigued by the combination of weird, odd stories alongside the detailed drawings. When I was a teenager, I sent Ripley’s drawings from facts I researched myself, and they sent me a letter encouraging me to continue my drawing to become a professional. I did just that and called on them years later, and now I have been illustrating the daily cartoon for almost 14 years! Believe It!

MM: What inspires your illustrations, and have any projects been especially enjoyable?

JG: I have been rendering production art for many years, and I would say it’s more about efficiency than inspiration. One must train to manage time to meet the deadlines. In the case of Sharkee and the Teddy Bear and Bremner and the Party, I was inspired by the whimsical look of the actual costumed mascots that greet visitors to our aquariums. I find something enjoyable in every new project. It’s what keeps me challenged and creates a unique experience.

MM: You just released two lovely children’s books called “Bremner and the Party” and “Sharkee and the Teddy Bear.” So, what gave you the idea for these stories?

JG: The ideas for all our books come from our Publishing team at Ripley’s. They were inspired by the Ripley Aquarium mascots, and the stories were developed around them.

MM: How long did it take you to complete each story, and which were the most challenging pages to work on?

JG: We had a very tight production schedule on these two books – and from concept to print – it was under six months.

MM: Are you planning to write more books in this style?

JG: Yes, more books are planned, and they will be based on entirely new characters. I didn’t write these two books, they were written by my Managing Editor Carrie Bolin and Editor Jessica Firpi here at Ripley’s. I’m the artist that brings their words to illustrated life.

JG: I love to hear how the fans interpret the stories and art in their own personal way. They see things that we may have missed because of our close involvement in the production.

MM: You were just at BookExpo signing books, so what was that experience like?

JG: It was a very personally rewarding experience to be able to interact with people who are seeing your work….to listen to their comments and to answer their questions. Very gratifying to meet the public and seeing their reaction to your work!

MM: Overall, what are your biggest goals for your career in the future?

JG: In addition to continuing to illustrate the Ripley’s cartoon panel, I would like to someday write AND illustrate my own book project.
MM: Have you any advice for aspiring illustrators, and is there anything else that you would like to mention?

JG: I would say don’t rely too much on the computer to create art. It’s just a tool, like paintbrushes and pencils.