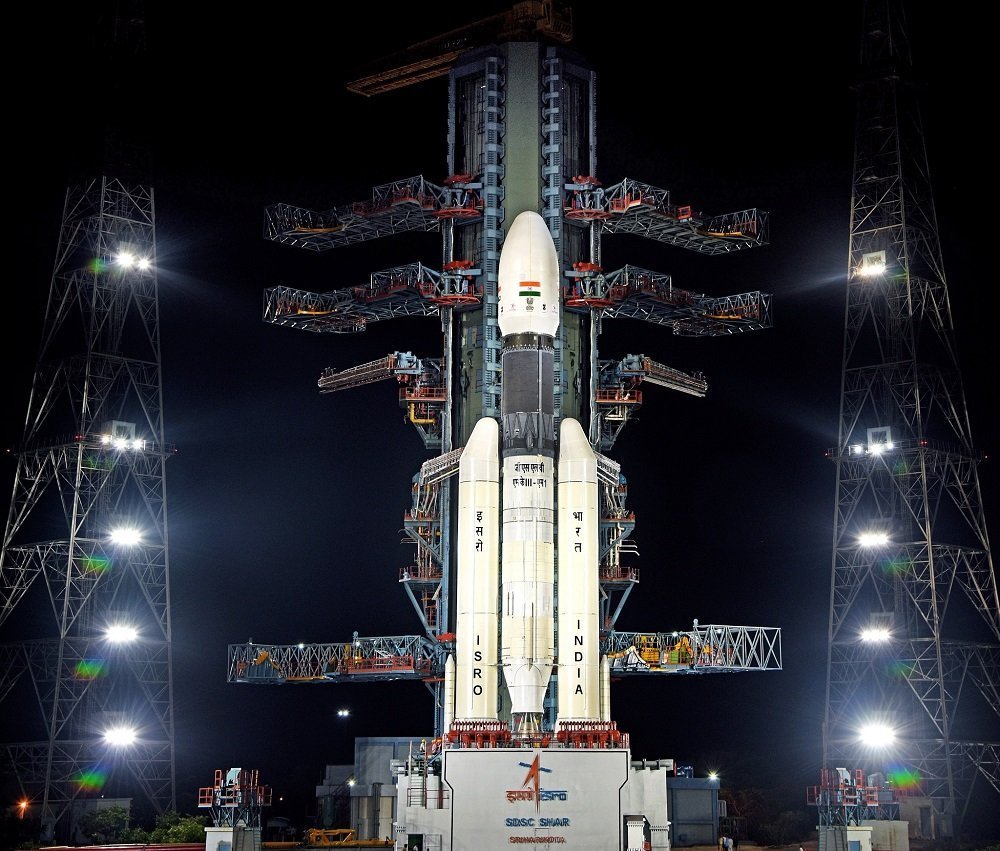 The last two days have seen an entire country(and the world) follow the journey of Chandrayaan-2. It’s been an amazing feeling to see an entire nation stand up and applaud the incredible effort of its scientists. For us teachers and parents, this comes as a great opportunity to use some facts about Chandrayaan-2 to lead a superb inquiry session with children aged 4 and above, depending on the age of the children in your class.

Here are the facts about Chandrayaan-2 that can be used developmentally appropriately.

• Start by making the children sit in a group or a circle and probe about what they know about Chandrayaan and Vikram.

• Then add the following facts about Chandrayaan-2 as and when required. Ensure that the session is not all about ‘giving gyaan’ but is more about having a discussion and hearing what children have to say and extending their knowledge.

• Ensure that you use the right photos and pictures from the ISRO website and not what you have received on Whatsapp forwards.

• Please understand that this will be a science topic to develop scientific thinking in children so avoid making the objects ‘talk’ as it confuses children and does not build scientific connections. I always say that in a classroom a teacher must know when to teach with stories and puppets and when to teach facts. (For example, when children watch TV programs they know that what they watch on cartoon network is fiction and what they watch on national geographic is real, a good teacher must know this distinction.)

• You can start the session with songs and rhymes about the moon in various languages, but when talking about the facts of the mission talk scientifically.

Also Read: How study habits are evolving/changing among teens in India

• You can use either STEAM (Science, Technology, Engineering, Art and Math) approach or Multiple Intelligences (musical rhythmic, visual-spatial, verbal-linguistic, logical-mathematical, bodily kinaesthetic, interpersonal, intrapersonal and naturalistic. So link facts to these from the ones given below, don’t forget to do point no.
Download pictures from this link to use- – www.isro.gov.in

Here’s how to present facts about Chandrayaan-2 to your students:

1. America, Russia, and China have explored the moon.

2. But all have explored the Equator of the moon.

3. What is ISRO- Indian Space Research Organisation- it is based in Bangalore (show the CORRECT map of India, see if they know where it is)

4. You can also show them website of ISRO if required- www.isro.gov.in here it is important to teach children that when we receive some news on whatsapp we should double-check with the ISRO website to know the real facts. (This is called seeking evidence, this will be our way of laying the foundation of teaching children about fake news.)

5. Point to picture of Dr. Sivan ISRO head and hundred’s of scientists worked on Chandrayaan-1 and 2 missions.6. Here many children may talk about how our PM was consoling/hugging Dr. Sivan. Good opportunity to talk about emotions. That it is ok to feel sad and be upset when we fail or think we are not going to be successful or get what we wanted and the best way to cope with such emotions is to cry or talk to someone and that is what you see happening. It is ok for everyone to cry. (In many areas you may get children who may say that it is sissy to cry or boys don’t cry, so use this opportunity to teach that crying is a way of showing your emotion just like you smile or laugh when happy, similarly you cry when upset, nothing wrong and everyone can cry, even boys and men)

7. Why is the Indian mission named Chandrayaan? It means “Moon Craft” in the Sanskrit language. (Ancient language-the oldest language of India)

8. Just like you have an aircraft this is a moon craft. It was the size of a refrigerator.

9. What was Chandrayaan-1? It was the first orbiter sent to the moon and orbited around the moon from a distance (100kms to 200 kms)

10. India launched Chandrayaan-1 in 2008 and it brought back pictures of water on the moon- evidence of particles of water ice in the moon sand near a crater at the south pole.

12. That is why Chandrayaan -2 mission has a rover to physically land on the moon to explore this evidence of water.

13. India wanted to explore the south pole by doing a soft landing of its robot- Vikram lander.

14. What is Chandrayaan-2 mission? Chandrayaan- 2 is India’s moon mission to explore the southern side of the moon.

15. It was launched from Satish Dhawan Space center- Sriharikota, Andhra Pradesh on July 22 (show CORRECT map of India, see if they know where it is.)

16. Chandrayaan-2 has an orbiter, lander and rover to explore the unexplored south pole of the moon.

17. So the Chandrayaan-2 orbiter has already reached the moon and is orbiting around it.

18. The orbiter has a camera and it is like the camera on a mobile phone but much better with very high resolution.

20. The Chandrayaan-2 also had a lander with a rover.

22. Vikram lander was to make a soft landing on the moon and release Pragyan rover who would then be active for 14 days exploring the physical moon surface.

23. On September 7th at 1.53 am the Vikram lander came very close to the moon but a little away from landing it lost communication with ISRO.

24. So presently we don’t know what is the situation of Vikram lander and Pragyan rover. It has been spotted on the moon’s surface by the orbiter but we don’t know in what condition (most likely broken), and have lost communication with it.”.

25. How was ISRO communicating with Chandrayaan-2? With a high-velocity signal, there was communication through data. So it’s not like they were connected with a mobile phone or TV. It would send messages in codes to ISRO that the scientists would then decode.

26. The orbiter that is presently around the moon will keep sending signals and images to ISRO and will be orbiting for the next 7 years.

27. Also, the Vikram lander can be connected to for 14 days, so ISRO will keep trying to communicate with it.

29. What would have happened if Vikram lander had landed on the moon?

When Vikram would have landed on the moon, Pragyan rover attached to Vikram’s door would be exposed to the sun after the door opens. Soon after getting solar energy the rover’s battery would be activated. The rover has 6 wheels with our tricolor and an ISRO logo embossed on it. It would move at a speed of 1 cm per second and use navigation cameras to scan its surroundings. The scanned data would be sent to Vikram to send to ISRO, as Pragyan does not have its own signaling system. During its lifespan of 14 days, Pragyan would cover 500 meters on the moon.

30. Your art links can be stamping or embossing the Asoka emblem, singing songs and rhymes, making the models of the Chandrayaan, Vikram, and Pragyan, etc. And helping children express by drawing (don’t forget to document their drawings.)

Also Read: 4 Afterschooling Principles You Should Follow To Ensure Success In School

Let’s make children aware of Chandrayaan-2 and use this opportunity to teach ‘academic skills’ the inquiry way.

Swati Popat Vats, Ph. D. is the inspirational Director of Podar Jumbo Kids, the largest  & most successful play school chain in India, Podar Happy Kids - the highly acclaimed day-care chain and also the person behind India’s superlative college of early childhood teacher training called the Podar Institute of Education. An advocate for children’s rights, Dr. Vats has worked incessantly to promote developmentally-appropriate curriculum and to ban school interviews of children. Dr. Vats, in her capacity as the President of  Early Childhood Association is also active in ensuring that people from all walks of life come together for early childhood as she deeply believes that, ‘it takes a village to raise a child.’

Want to Better your Brain? Now, there is a Brain Gym!!!

Stories to the Rescue- An Educator Shares Her Story!