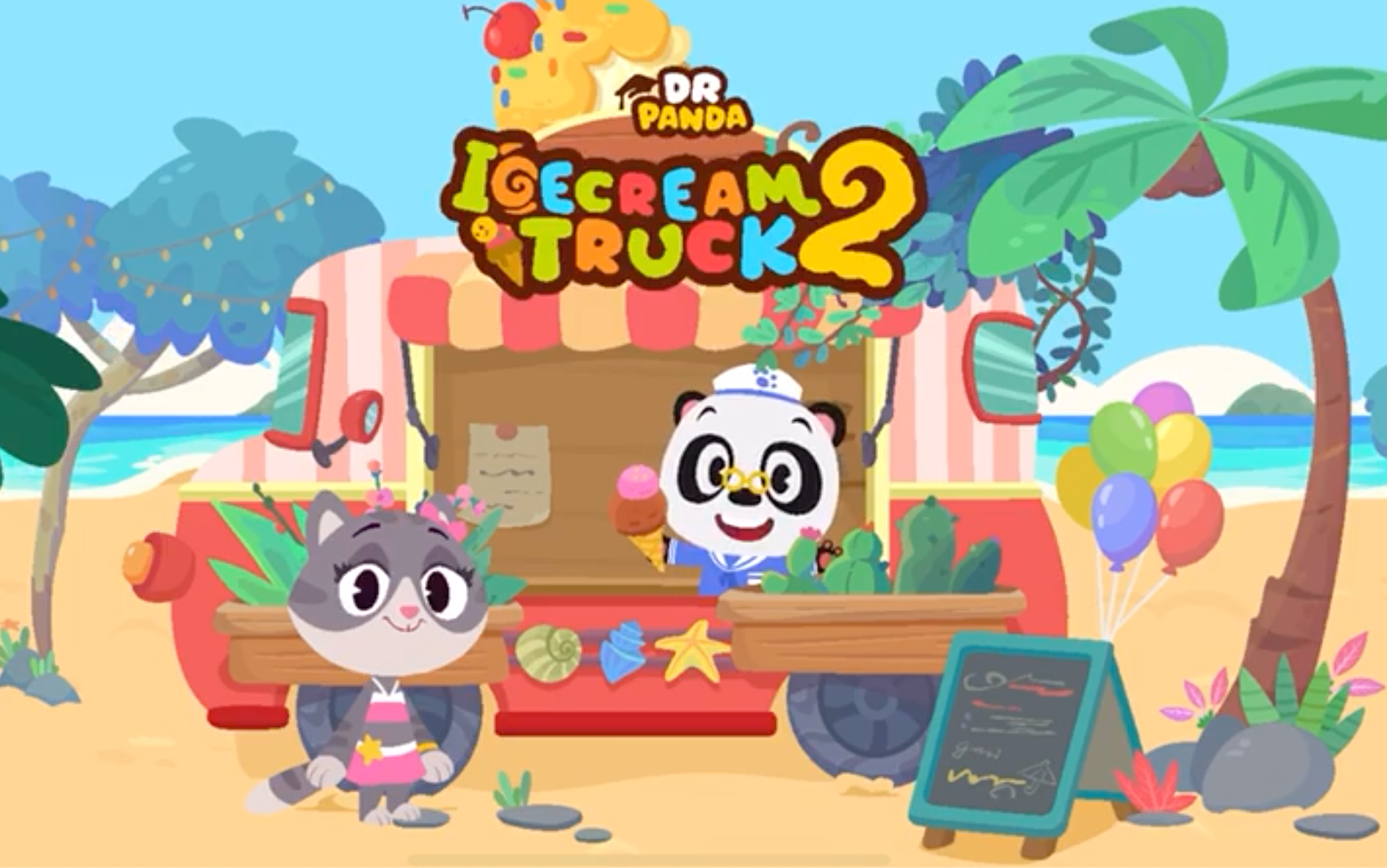 Dr. Panda is a very popular series of app games designed for preschoolers who have just released a new game titled “Dr. Panda Ice Cream Truck 2.” Based on the success of the initial app, this sequel is a paid app, and encourages children to think creatively as they make and serve delicious ice cream, complete with tons of toppings and decorations. The game is fun, improves concentration, and develops problem-solving and fine-motor skills in children.

The game includes much more flavors than the original. Now options range from chocolate, vanilla, and kiwi to soap, cheese and chili. There are more characters/customers and their faces are far funnier and more expressive than the characters in the previous game. There are more opportunities to place many scoops on top of one cone and then have fun decorating them with sprinkles and trinkets. Moreover, there is a reward system in the game that unlocks a new flavor, cone, topping or decoration at the end of each round. These changes will certainly make the game more appealing to young children, however the play is very straightforward and repetitive so older children will likely get bored after a few ice cream orders.

Recently designer Jeffrey and producer Michele discussed the app via an exclusive interview.

Meagan Meehan (MM): How did you initially get interested in games and how did you find your way to Dr. Panda? 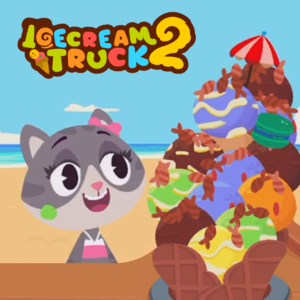 The game puts the player in the role of an ice cream vendor.

Jeffrey: My parents had an SNES when I was very young, and I got into Mario. Even though I was bad at it, I kept playing the first few levels over and over again. It never got boring as a kid. It also prompted me start making my own small board and card games, which eventually resulted in me studying game design. China always fascinated me, and once I got the opportunity, I immediately took it. It fills me with joy to see kids have fun when playing our games, and to remember how I felt as a kid playing games.

MM: How did you come up with the concept for the ice cream truck theme?

Jeffrey:  Kids have a visceral appeal to food. It’s one of the first things they get to know thoroughly, and it shows in the success of some our old titles. We wanted to bring back the love for flavors and color mixing from our first Ice Cream Truck title.

MM: What are the biggest differences between the first version of this game and the recent sequel?

Jeffrey: We specifically looked at the first version to see what we would like to improve or change and there three things that we focused on:

MM: How did you decide on how many different flavors of ice cream and styles of cones to add?

MM: This game is cute but quite repetitive, was that done purposefully given the young age range this is geared towards? 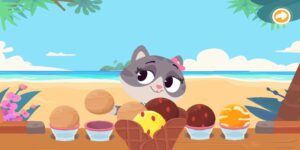 There are many different flavors of ice cream to choose from.

Michele: There are two main reasons for the game to propose the same pattern over and over. The first one is production capacity. This game was born as a production challenge for my team to see if we could squeeze a standalone title alongside our normal pipeline, which complements the monthly updates to our main title Dr. Panda Learn & Play, so the content had to be limited. The second reason is the nature of the games that our young audience plays, as you mentioned. The reason kids watch the same cartoon over and over is because they come into the experience for the second time with an expectation of what will happen, and receive the joyful confirmation that they were right. By adding a reward at the end, we assure kids that the experience will have something new next time.

MM: What’s your favorite thing about the app and why?

Michele: My favorite part is watching the kids realize that every flavor can cause a different reaction in our characters, and then proceed to test all the possible combinations hoping to spark some crazy expressions on the faces of Hoopa, MeiMei and Bip.

MM: Can you give us any clues about the themes of forthcoming games?

Michele: We want to improve our series of standalone non-subscription titles by adding a few educational elements, without changing the nature of our games. Our next title has the specific goal of creating an exploratory experience that looks more like a game and less like an educational app. Maybe we’ll discover a world of colors, who knows!

To learn more about Dr. Panda, visit their official website.