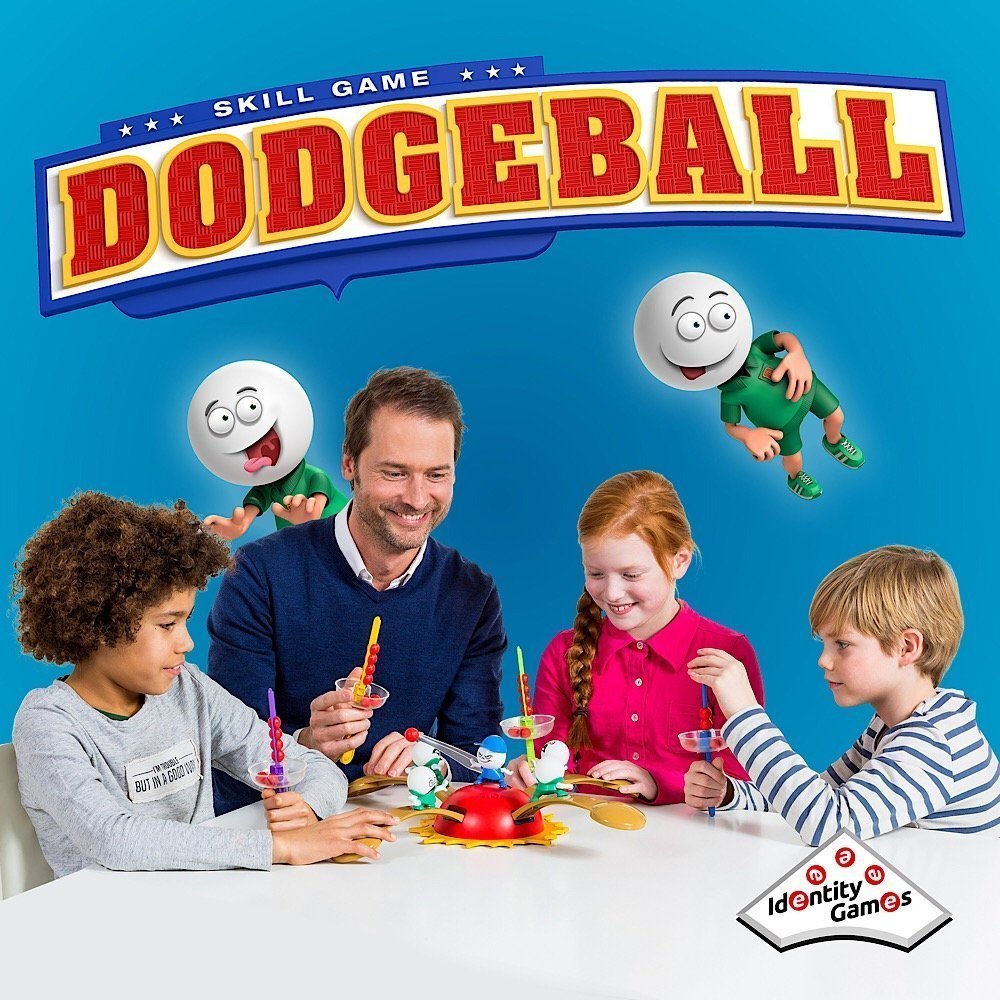 "Dodgeball" is a game by Identity Games.

Dodgeball is a game that is most commonly associated with outdoors play, but in 2017 the classic street game was crafted into a unique indoor game designed Tremendous Toys and Jan Duparc. “Dodgeball” is essentially a board-game-like spin-off of the original very-physical game. Much more challenging than it looks, “Dodgeball” is enjoyable for all ages.

Released by toymaking company Identity Games, the tabletop version of “Dodgeball” retails for $24.99 and is described as a skill and action game. Kids and adults can compete against each other at the dining room table using the game’s simple rules…although perfecting the necessary eye-hand coordination demands a great deal of concentration. Anyone who can do three things with their two hands has the advantage!

Each person has his own player in the ‘Dodgeball arena.’ A pitcher in the center randomly rotates with a ball trying to hit your player and knock off their head. You must dodge his ball by pushing your player down. As you try to avoid the rotating danger, you must simultaneously slide six mini dodgeballs onto your handheld goblet. There’s a slow mode you can use for younger players or to warm up, then switch to fast when you’re ready to rock! It takes two hands to load up the mini balls in the rack: all the while, the center player is on the attack! Will you take your eye off his ball to duck? Or will you keep “racking them up” and risk losing your head? If that happens, you must start all over. The first player to rack up all the balls without losing their “head” wins. It takes about fifteen minutes to determine the winner. 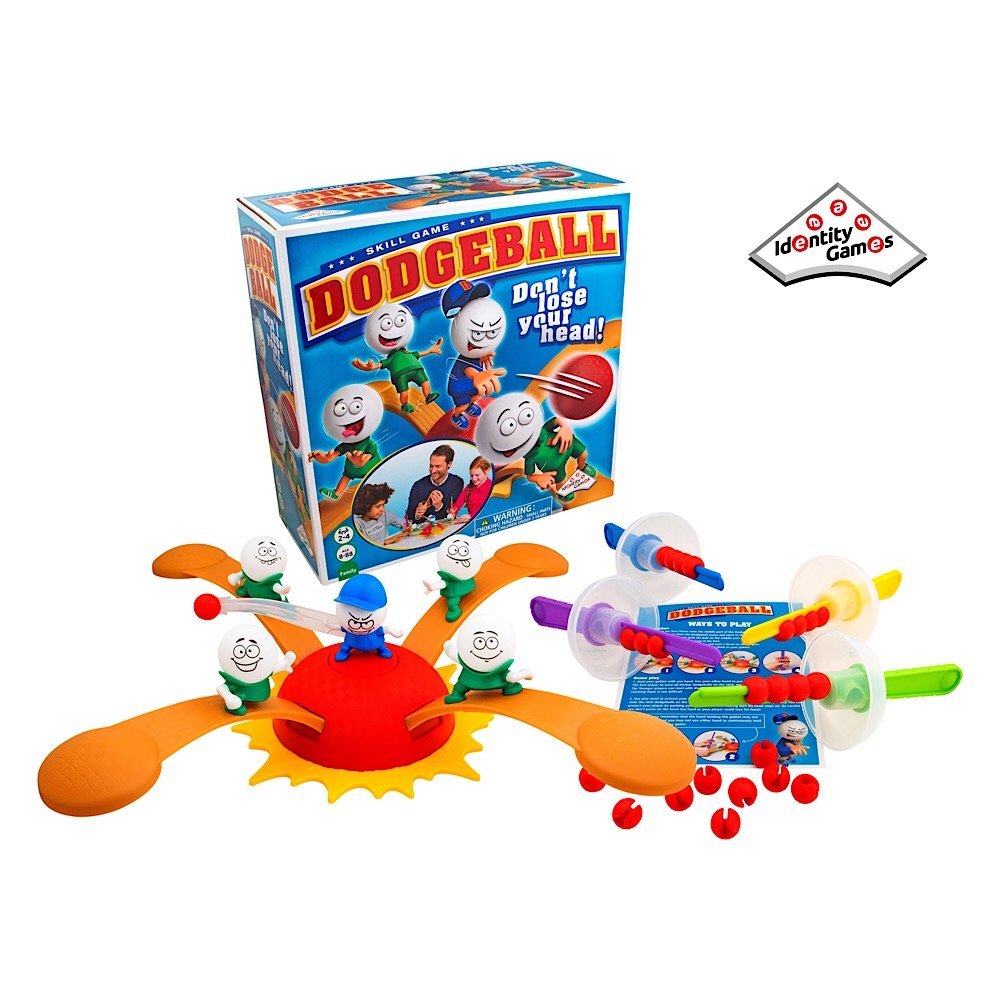 “Dodgeball” is a unique type of game that does not require cards or a board.

At the relatively young age of 39, game designer Jan Duparc is already the Chief Creator at Identity Games. Jan spent most of his childhood in Montreal, Canada, and moved to Holland when he was twelve. He studied intellectual property at University and have been working at Identity Games since 2005. A lover of sports (especially soccer and hockey), games, toys, and Star Wars, Jan tests his toy ideas out on his two sons, ages five and seven.

Recently Jan discussed his experiences creating this game and what other fun events are in his future.

Meagan Meehan (MM): When and why did you get into designing games and how many have you created so far?

Jan Duparc (JD): I started creating my own games as a kid. I turned every chore, homework assignment, you name it, into a game. It drove my parents and teachers nuts! Professionally, I’ve been creating games for about thirteen years.

MM: What inspired your dodgeball game and how long did it take to create?

JD: “Dodgeball” was presented to me by Greg and Jerry from Tremendous toys. The game looked very different than it does now (it was huge), it was called “Wacked,” but I was hooked right away! About six months after we saw the original design we knew in what direction we wanted to take the game and had our first working prototype that looks somewhat like the game we know now.

MM: When you were a kid, did you play a lot of the traditional dodgeball and, if so, how much did those experiences influence this game?

JD: I loved Dodgeball growing up but, then again, I loved any game I played. I played it in school and summer camp. When I first played “Wacked” I immediately had a dodgeball vibe and knew that was what I wanted to call the game. 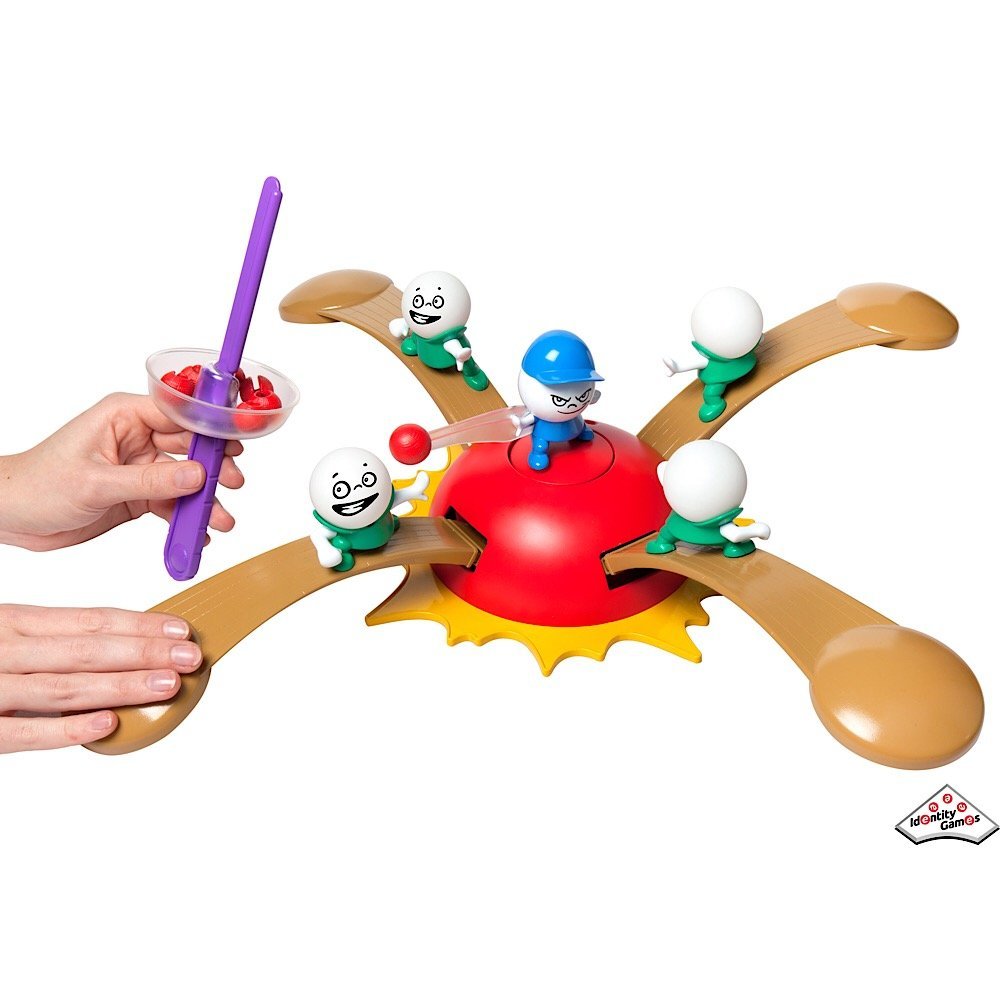 Instead of a board “Dodgeball” has a unique plastic center.

MM: This game is much more challenging than it looks, so what kind of fan feedback have you gotten?

JD: It is tough and in this game that’s a good thing. I love the fact that it’s a great way of using your left and right brain at the same time. The feedback that I’ve gotten is that it’s fun and frantic at the same time. One kid said that he would be much better at it if he had three hands and he was absolutely right, of course!

MM: How did you get this game produced and marketed?

JD: I’m fortunate to have a great team and we have the rule that if somebody jumps on the table out of excitement, we make the game. Luckily more than one jumped for “Dodgeball”!

MM: What’s the best thing about being a toy designer and why would you recommend your game and traditional dodgeball to kids?

JD: The best thing about being a toy designer is that you get to remain a kid and you get paid for it, and let’s be honest, kids are the coolest people on earth. Dodgeball is such a fun game and the fact that you can get better at it, is a great challenge (I’d never tell the kids that it’s great brain training, even though it is).

JD: Where working on such new cool stuff right now, it’s hard to choose, keep an I out for “ChompIts Crocodile” and “Escape Room VR.”

To learn more about the game version of “Dodgeball,” visit the official Identity Games website. 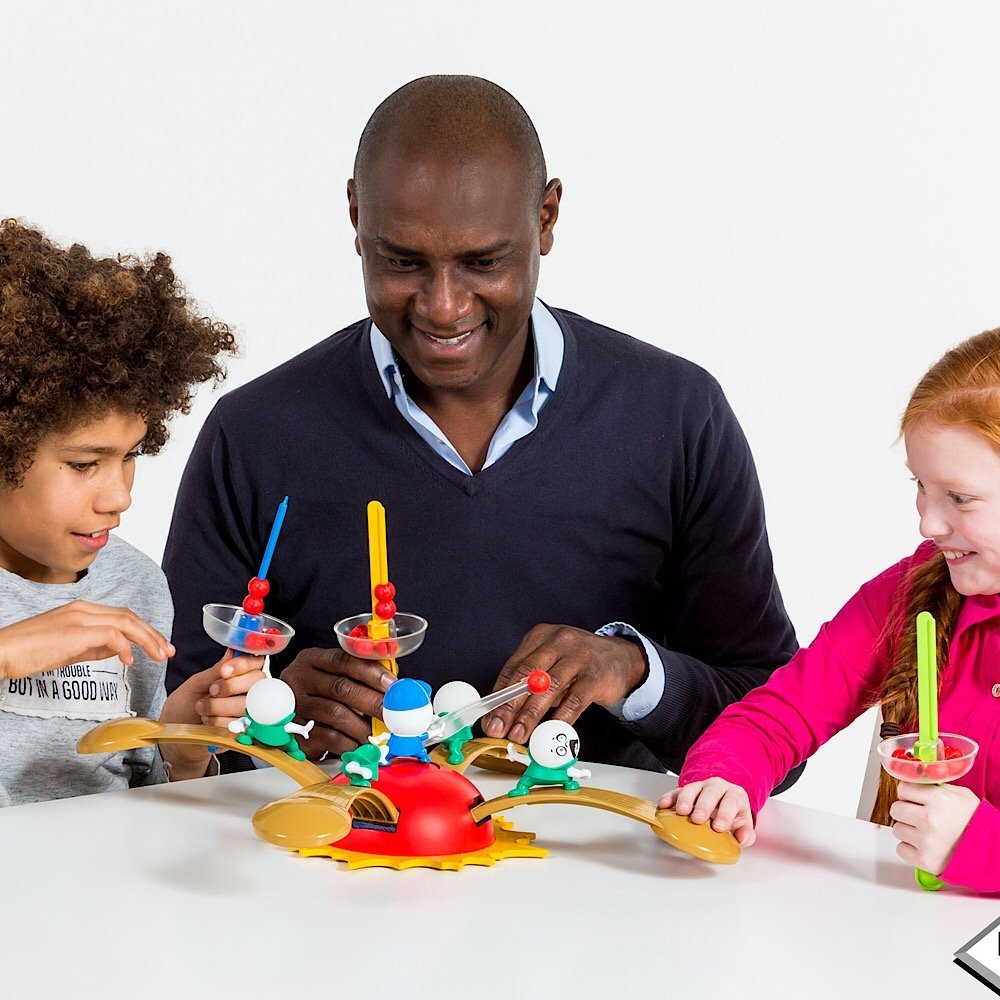 “Dodgeball” is tougher than it looks so it’s a perfect family game.

If you liked this article, please also read about “Wonder,” “Sweetlings,” and “BB-8.”