Skip to Content
Home / Impact Parenting / Behaviours / 6 Things You Must Know About Your ‘Difficult Child’!

One evening, as I was propping some old shutters behind my son’s bed, I was hardly aware that I was to encounter a classic “difficult child” moment. It started as an innocent conversation when he asked, “What are you doing, Mama?” I told him I was thinking about making him a headboard out of the old wood. I said, “Wouldn’t it be fun? You can pick the color you want to paint it.” He beamed with pride and chose without hesitation, “Rainbow. I want to paint it rainbow. Right now.”

“It’s 7:00 pm, Love. We’re about to get a bath and get ready for bed, but we can go to the store in the morning.” That’s when his meltdown began. He cried on and on, trying to convince me to get rainbow paint that very instant.

My son is four, and I’ve grown accustomed to the big emotions and impatience of toddlers. Although I’ve endured plenty of whining, yelling, and collapsing, these behaviors have a way of slowly stripping away the sanity of even the most patient parents. I value parenting in gentle ways, but I’ve lost my cool plenty of times. Throwing adult tantrums in response to his is never good, because it models poor behavior, expresses defeat, and fails to give him what he really needs from me in these trying moments.

Uh, Oh. Was he beginning to show the difficult child symptoms?

As he wept over rainbow paint, I stayed unemotional, not only through practice but with awareness of his needs that brought forth this meltdown.

Because I have understood that a difficult child is anything but that. They are difficult because they are having a hard time themselves.

Also Read:  Why The Challenge Of Parenting Is Timeless

Below are six things your ‘difficult child’ want us to know:

Undoubtedly, toddlers and preschoolers test limits. While it might seem like they want to be in charge, pushing boundaries is often their way of asking for more. Dr. Marianne Neifert, a pediatrician and parenting expert, says in her article “Why Kids Need Rules,” “No matter how often children act as if they want to be in control, having too much power is frightening. They intuitively know that they need an adult to be in charge, and they count on their parents to guide their behavior.”

They want to be heard

Simply letting my child know I understand exactly what he’s feeling is enough to help him. I sat beside him and said calmly, “You want to go out and get the paint right now. I understand. That’d be fun. You’re upset because we have to wait till tomorrow.” Even though I didn’t change my stance, and go out for the paint, he calmed a little just by being acknowledged. Dr. Harvey Karp, author of Happiest Toddler on the Block, says the best way to talk to anyone who is upset is to repeat what he said (with sincerity) before saying what you think. He states, “The best communicators show they truly understand someone’s feelings before expecting that person to be able to hear their advice.”

Also Read: Why You Shouldn’t Freak Out When You Catch Your Child Lying

They have an unmet need

All parents know that tired or hungry children are prone to fussiness. When my son’s upsets seem a little irrational, I always look for a potential unmet need that’s triggering him. On the day of the rainbow paint situation, my son wasn’t feeling well. He was cooped up and in front of the TV for way too long by himself. Knowing this doesn’t excuse his behavior, but helps me meet his need. We took a little walk outside together, and he calmed down quickly.

They’re not out to get us 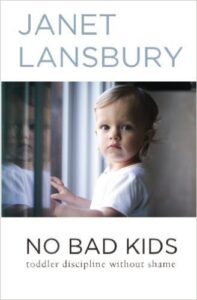 I’m sure I’m not the only parent who’s gotten angry or frustrated in response to my children’s meltdowns. However, maintaining the right perspective helps me be the leader he needs me to be. Janet Lansbury, child development expert and author of ‘No Bad Kids‘ writes in an article, “When we remind ourselves repeatedly that challenging behavior is a little lost child’s call for help, we begin to see the ridiculousness of taking this behavior personally. We recognize the absurdity of reactions like, “How could you treat me like this after all I do for you?! Why don’t you listen?” Perspective gives us the patience, confidence and the calm demeanor we need to be able to help.”

There is no ‘difficult child’- only different

Kids test limits; it’s what they’re wired to do. They have meltdowns because they are emotionally-charged and express themselves in immature ways. Children who are being difficult are not naughty or bad. Dr. Peggy Drexler, a research psychologist, says in the article “Don’t Shame Children in Pursuit of Discipline,” “[Children] act out as they learn how to get their desires met; all kids, at one point or another, will express a feeling or need in a socially unacceptable way. The job of the parent is to help children develop positive strategies for expressing those feelings and needs.” She continues to say that shaming, even in its most subtle form is ineffective and destructive because children don’t distinguish their impulses from their selves. Rather than condemn the behavior, shaming ends up condemning the child and making him feel bad about himself.

Also Read: You Could Be Jeopardising Your Child’s Budding Relationships.

They need our love unconditionally

Don’t withhold it as a punishment. Dr. Drexler says positive discipline is so effective because rather than reprimanding to intimidate or to evoke fear, an incident can be an opportunity for connection. The parent shouldn’t punish by shaming, hitting, or belittling, but use redirection and discussion to teach appropriate conduct. Through conversation, the parent discovers the motivation behind unwanted behaviors and earns greater insight into her child.

Dr. Charlotte Reznick, a child educational psychologist, says in “The Heart of Discipline” that although there are numerous books and classes on the topic of raising children, parents are still at a loss for how to discipline. She explains that parents are missing something critical, “They are forgetting their heart. Forgetting that love is not just a noun, but also a verb. That means acting lovingly, with kindness and awareness.”

It’s not always easy to remain centered and calm when our buttons and being pushed. I, personally, have Irish blood that is quick to boil. However, with focus and practice, we can rewire our responses. We can learn to take a time out for ourselves, do some breathing, and always let love guide our parenting.

Switching to parenting in a more gentle way isn’t always comfortable. It’s not a quick fix and comes with doubt at first. I found myself wondering if I was doing what I needed to in response to my child’s outbursts. I believed in affording my toddler the freedom to express his feelings, yet every time he carried on in front of other people I felt self-conscious. I wondered if I was taking enough action. I worried that people would think I was a pushover. Maybe they’d consider my kid was a brat and believe that it’s my fault. However, when we push aside outside pressures and turn inward, we do what truly feels right to us.

Rebecca Eanes, the author of Positive Parenting: An Essential Guide, says, “I believe the relationship we have with our children is the most important element of parenting. It is the value of our connection that determines how well they listen to us, accept our limits and values, and cooperate.”

Parenting from the heart isn’t only the most sensitive, but the most effective. Messages get distorted and lost in anger, frustration, and the need to control. But through connection, they are clear. However, none of us are perfect. We all lose our cool at some point, and we shouldn’t get down on ourselves. These are opportunities for teaching and learning humility and reconciliation.

When my son threw a fit because I wouldn’t take him to the store for rainbow paint, I could have gotten flustered and aggravated. However, I knew he wasn’t giving me a hard time- he was having one. His cries were a request for guidance and a call for understanding. With this perspective, I didn’t overreact. I didn’t yell, hit, or threaten. I made it clear I knew what he wanted, then told him I’d be willing to talk to him more once he calmed down. He had the freedom to cry, and when he was done, we agreed to go to the store the following day. I knew that what he really needed was to get out of the house and connect with his family. When the storm passed, we took a stroll around our neighborhood, with our dignity and relationship intact.

Amanda Elder is a writer with a background in education and child development. She now prides herself in also being a professional diaper-changer and sword-fighter. She mostly writes about parenting, marriage, and women's issues. She lives in Orlando, FL with her two sons and husband who is a resident physician. You can also find her on Facebook, Instagram and Twitter. Her writing has appeared on Scary Mommy, Huffington Post, Parent.co and several other places. She blogs on http://www.stayathomepanda.com/.

4 Ways to Raise Children Who Go Beyond The Textbook

The Blue Whale Challenge: What You Should Know About Internet Dangers

On the Struggles of Being a Special Needs Parent : Author Maureen Walsh Lake