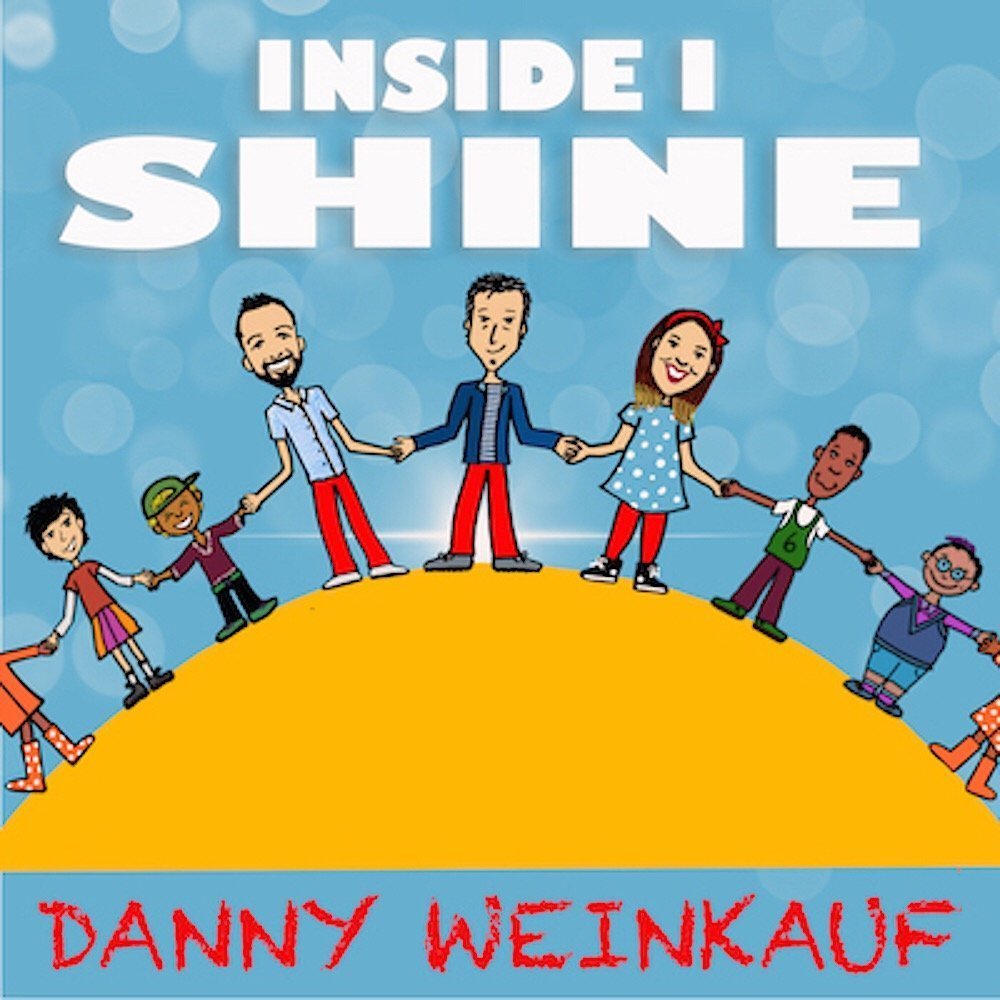 Danny Weinkauf is a Grammy Award-winning artist and longtime bassist for They Might Be Giants who just released his 4th album for children and families titled “Inside I Shine.” Like the previous critically acclaimed albums from Weinkauf and his Red Pants Band, there is something on this album for everyone in the family. This time around, the tunes are focused on the interest of the band’s smallest fans.

Songs like “Going to the Library,” “B Is for Body,” “Over and Under,” “Teddy Bear,” “Pumpkins (Are My Favorite Fruit),” and the title track, are designed to get the young ones moving. Danny will be performing in concert with three other Red Pants Band mates (Tina Kenny Jones, Russ Jones, and Steve Plesnarski) this winter. Danny plays most of the instruments on these songs with Kenny Jones on vocals, while Danny’s wife Michelle sings lead on the title track, “Inside I Shine.” There are some sweet acoustic tracks sprinkled into this high-energy album.

In addition to playing with TMBG (the band is currently on their world tour visiting more than 50 US cities, Europe, Canada, and Australia), Danny continues to perform with the Red Pants Band and write for television shows like “Sesame Street.” His own previous albums for kids, No School Today, Red Pants Band and Totally Osome! have all won national recognition and awards from Parents’ Choice, Family Choice, NAPPA, Fids and Kamily, CoolMomPicks, and the International Songwriting Competition.

Danny recently discussed his music and more via an exclusive interview.

Meagan Meehan (MM): How did you initially get interested in music and how did you form your first band?

Danny Weinkauf (DW): My earliest memories of music are hearing the Supremes playing on our family record player on weekends when I was a very young boy. Later, in elementary school, I had a great music teacher and band teacher that furthered my interest until I eventually heard the Beatles and hoped that someday I could be in a band myself.

MM: You’re known for your work with They Might Be Giants so how does that band’s sound differ from your children’s music?

DW: Well, I hope what’s similar is that with TMBG and my Red Pants Band we try not to sing down to kids and we make the best music we can with kid-friendly lyrics. Some of the differences are: in TMBG the vocals are sung by John and John and their voices blend in a specific way where in my Red Pants Band it’s me and Tina or me and my wife so the blend of our voices is not at all like John and John. Musically in TMBG there’s generally 5 or more of us musicians playing the tracks where in my band I play almost all of the instruments on all the tracks.

DW: So many things may inspire a song. My own kids, my neighbor’s kids, memories of my childhood, or looking at the world from a child’s perspective all come to mind. Sometimes a lyrical idea will get the song going while other times a melody will come first. I think not having a specific process helps me to write in different styles and keeps it interesting for me.

MM: How did you get into making music for television shows like “Sesame Street” and even “Malcolm in the Middle”? Specifically, do you create songs for these shows or do the producers reach out to you about a tune they heard and liked?

DW: For me it’s actually been a combination of the two. The producers reached out to me based on music of mine that they have heard but then they ask for specific music that has to serve a purpose for the visuals (i.e.; Malcolm) or a topic (Sesame street). Sesame street has very specific guidelines for how their videos must be produced or what the lyrical content of a song can be. This can make it more challenging but rewarding when you meet the challenge.

MM: How is your recent album different from others?

DW: This is my 4th album for Kids and Families and this time I put a bigger focus on the very little members of the family with song topics like: Mr. Bus driver, Over and Under, Teddy bear, tricycles, pumpkins are fruit, and B is for Body.

MM: What are some of the most memorable stories you have about being a musician?

DW: Early in my career some of the most memorable shows were ones when we knew record label people were in the audience. It was such an exciting feeling to play your best and hopefully move your career to the next level. Of course, playing on TV shows and winning a Grammy are pretty memorable as well.

One of the best memories of all relates to the song “Champion of the Spelling Bee.” After writing “Where do they make balloons?”, “Number Two”, and “ I am a Paleontologist” for TMBG, I continued writing songs for kids because I was having so much fun creating them. After a while, my wife Michelle suggested I make an album of my own, so I took her advice and made No School Today. The very first song from that album to get played on the radio was “Champion of the Spelling Bee”. Sirius XM’s Kids Place Live put it into heavy rotation and it eventually went to number 1 on their 13 under 13 top songs list on the very week that the Scripps National Spelling Bee championships were happening on TV. That’s all terrific but this is the great part for me : The singer on that tune was my then 11 year old son Kai. He was very shy about the idea of hearing himself on the radio and would generally leave the room if the song came on. When the song finally reached number 1, he very quietly walked over to me a gave me a warm hug and said “nice job Dad”! That is a very wonderful and special memory for me. Kai is now a Sophomore in college and sings in an a cappella group and writes his own songs. “Champion of the Spelling Bee” wound up being part of the Scripps National Spelling Bee TV broadcast!

DW: I guess the fan favorites would be “I am a Paleontologist” and “The Moon is made of Cheese.” In our live show our song “Marsupial” is a favorite because the kids get to hop like kangaroos! One of my personal favorites is “Look at those clouds” because my wife sings great harmonies with me and I wrote the lyrics with a friend I’ve had since the1st grade. Those personal connections to the song make it very special to me.

DW: Recently, we played a show with my Red Pants Band for an audience of summer camp kids who had never heard our songs and only a few bars into the first song they all stood up in their seats and started dancing! That is an amazing feeling! I love when a kid tells me that they first heard one of my songs in their classroom and then they searched out the other tunes and became a real fan. It’s exciting to know that teachers are using your songs to inspire their students!

DW: I would love to someday write a song that kids, parents, and teachers everywhere know and love – like “the wheels on the bus” or ‘Itsy bitsy spider”. I would also love to be hired to write songs for a Pixar or Disney movie. That would be super fun!

DW: I guess I’d just like to say thanks to all the families, teachers, and DJs who support our music – please keep passing it on!

“Inside I Shine” will be available from Amazon, CDBaby, iTunes, Spotify and other music sites on November 2nd, and fans may get an early access to the album now via Bandcamp. To learn more about Danny Weinkauf’s songwriting, visit his website, and for the latest concert news, follow the DW Red Pants Band on Facebook.