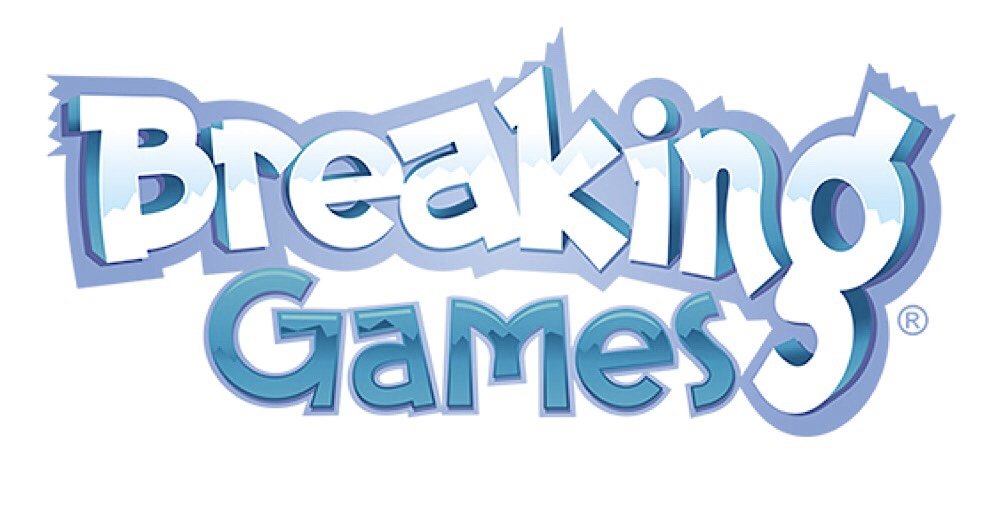 Breaking Games has some brand-new tabletop games released for 2019. Founded by Shari Spiro of Ad Magic, Breaking Games is a publishing company dedicated to getting the latest indie games to players’ tabletops. Game designers work directly with the Breaking Games team on design, development, art, and promotion to bring their vision to life. In addition to Mensa Select and IndieCade finalist titles, Breaking Games produces some of today’s most innovative family, strategy and party games which are sold nationally at Target, Walmart, Barnes and Noble, Amazon, and more. Ms. Spiro was awarded Ernst & Young’s Entrepreneur of the Year 2016 in New Jersey. Their latest releases are listed below.

WE’RE DOOMED–The world is coming to an end! This highly-anticipated game is surprisingly detailed with a sand timer, chips, pouches, and a number of cards displaying an array of horrific circumstances written in hilariously sassy language. This game pitches every player against others by casting everyone in the role of a powerful world leader who has a mere fifteen minutes to build an escape rocket and leave this doomed planet. With limited time to build the rocket, it might not be big enough for everyone, so have to work together….or so it seems. In the end, only the most influential survive. Intended for 4-6 players ages 13 and older, the game retails for $34.99 and is well-worth the purchase. That game is fun, surprisingly physical, and reading the hilarious cards in of themselves will provide ample entertainment. Fans of science fiction will have a special affinity for this game.

BOOGIE DICE–Clap your hands, snap your fingers or bang the table, and they will start to Boogie! Use the Boogie app to customize your dice and switch between different Boogie Dice games. Boogie Dice are a premium board game accessory, that can be used in any strategic, casual or classic dice-based game to replace ‘regular’ dice. The real fun begins when they are embedded into one of our Boogie Dice based games. The game is good for all ages and retails for $49.99.

SPARKLE*KITTY NIGHTS—Sparkle*Kitty Nights is a perfectly clean card game for the dirtiest minds. Players must discover wild new spell powers in this innuendo-filled, standalone version of the original game. Designed to easily mix and match with the original Sparkle*Kitty game and expansion packs, this game stands out for being laugh-out-loud funny…if you have a dirty mind. After all, by themselves, the words “slap,” “lick,” and “pleasure” are NOT naughty, unless you make them so and that is easy to do while playing this hysterically funny game. Retailing at only $20.00, this hilarious game is intended for 3 to 8 players ages 13 and older. Note: it is strongly recommended that you read the instructions upon opening the box. Aside from explaining how to play the game, the instructions are written in a tongue-in-cheek way that is both giggle and blush inducing.

Master Thief–In this game, players are tasked with stealing the most valuable items from the Museum! Foil your opponents’ attempts to do the same and escape without getting caught! Master Thieves begin every turn by stealing items from the Museum. Museum Cards are designed with way-finding to guide your actions throughout the game. Action Cards represent what you’re up to in the darkness of the Museum, like sneaking, swiping, stashing and stealing. But while you’re collecting loot, remember to keep a close eye on the remaining time and the alerted Security to plan the perfect getaway. Escape from the Museum with the most valuable works of art, and pull off the grandest heist of all time! Intended for 3 to 6 players ages 10 and older for $20. This game is certainly appealing to a range of ages and if you enjoy heist films then this game is right up your alley.

REAL LIFE TRAVEL BINGO–Finally, a travel game for REAL families! Each window depicts an all-too-familiar travel experience, like: We Are Lost, Pee Emergency, Long, Pointless Story, Argue About Where To Eat, Tears, Fart! and many many more. The game comes with bingo boards but no bingo calling tokens. Hence, the bingo tabs are marked based on what a person sees and experiences while on the road. Hence, if you see tears or get into a fight over where to eat, then you get a mark. This obviously means that the game will take awhile—which can be a good thing or a bad thing. This game would be much better if call-tokens were included just like they are in the original game. Intended for two players (or more, depending on the number of boards you purchase) ages 10 and older. $10.

To learn more about Breaking games, visit their official website.

The Earth Carer Series By Katha: Using Art As A Medium For Storytelling

Review: “Super Me” and “Monkey, May I?” Card Games