Skip to Content
Home / Impact Education / Radical Ideas / Boredom is a gift to your child! No, Seriously!!! 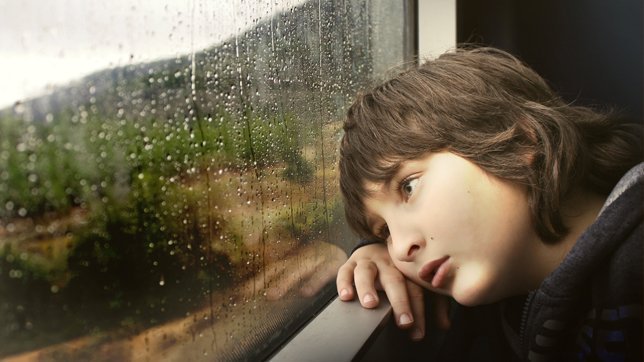 I have sworn that I am not going to be one of those people who romanticises one’s childhood. Nevertheless, there are some aspects to my upbringing and common to many of my generation that does make us pull out our rose coloured glasses. I remember summer time most fondly, when I could do and did ‘nothing’. Boredom was allowed and actually welcomed! It was a luxury after the frenetic pace of the academic year. I relished the break from routine. I enjoyed doing whatever, whenever and wherever. And no, I was not brought up in a hippie commune, but in a suburb of a mega city before the onslaught of the “summer camps”.

The basic purpose of a summer camp is to keep children busy, busy, and busy in a similar yet different routine. It is similar because the activities are structured, much like in a school. Children wake up at a specific time, go through the normal school day flow, but they don’t go to school…instead are driven to the camp where they will spend 4-6 hrs, at what the parents hope, is valuable ‘learning’ experience.

Also Read: How Classrooms Can Ring With Life Again!

The gift of boredom!

What would you, dear reader, say if I told you that your child(ren) are better off spending their summer at home which will yield as much, if not more, learning than 2 months at camp? What if I told you that camps are marketing gimmicks aimed at gullible and uninformed parents who have the best intentions and deep pockets?

Daughter wrote a poem, without me prompting or pushing her to do so. I organised my desk.

Let me preface by admitting that I’ve never sent my daughter to a summer camp in these past 7 years (excluding the first 3 years of baby-hood).

I could have. Truth be told, I’ve come close to sending her to a camp one particular summer two years ago when she was 8. She was bored. I was bored. We had exhausted all indoor ideas- reading (me to her and her to me, then each of us alone) board games, worksheets, drawing, household chores. I was desperate and the flyers announcing the latest camp seemed very attractive. All I had to do was pay up, drop her and pick her up. The camp managers would do the rest.

Let me confess that it took a great amount of willpower to not send her to camp that year.

I instead let her (and me) get bored. Oh, we got bored. And, then really bored.

Something happened after the mind-numbing boredom that lasted a few hours. Daughter wrote a poem, without me prompting or pushing her to do so. I organised my desk.

Each of us did something totally uncharacteristic. We ended the boredom phase by adding self-chosen, unstructured past times.

[bctt tweet=”Being bored is not a disease to be cured!” via=”no”]

Boredom can mean different things to different people. To me, being bored is a signal for a change in pace, activity or environment. My daughter feels boredom is a sign for more stimulation. Both of us are right in our own way as there is no one way to perceive it. Likewise, there are countless strategies to banish that uncomfortable feeling of tedium when you are uninspired, yet restless. The peculiar anticipatory feeling of excitement- the precursor to frenzied and self-chosen activity. Being bored is not a disease to be cured. It is a phase when one is low on ideas and big on time. When the possibilities are endless but motivation is minimal.

Summer is the time when this stimuli can be consciously paused, stopped or slowed for them to rediscover spontaneous activities of their own choosing. These kinds of pursuits or free play, if you will, encourage the building of the executive function skills.

Firstly, this generation, the millennials, from a particular socio-economic background of the upper middle class, are inundated with stimuli that occupy their waking hours. Smart boards at school, multi-sensory learning activities, gadgets of all sorts, t.v and the list goes on. These children are not deprived of sensory stimuli (unlike the children of the poor). The former are overloaded for almost 10 months of the year and their brains need a break to consolidate and cement the learning of the year. For instance, studies like the one quoted below show the correlation between memory reinforcement and taking breaks.

“Scientists have shown in rats, for example, that neural activity immediately after a rat has learned a new piece of information (say a new route that leads to food), looks very similar to the brain activity seen when the rat is actually learning the route in the first place. It’s as if the rat is automatically replaying the new information in his head as a way to reinforce it in mind. Interestingly, scientists have found that this memory replay is more robust during periods of wakeful rest – where the animal is just hanging out, not doing anything in particular.”

Secondly, summer is the time when this stimuli can be consciously paused, stopped or slowed for them to rediscover spontaneous activities of their own choosing. These kinds of pursuits or free play, if you will, encourage the building of the executive function skills. What are executive functioning skills?

“The problem solving that occurs in play may promote executive functioning—a higher-level skill that integrates attention and other cognitive functions such as planning, organising, sequencing, and decision making. Executive functioning is required not only for later academic success but for success in those tasks of daily living that all children must master to gain full independence, such as managing their belongings and traveling to unfamiliar places.”

Thirdly, every person, however curious with wide ranging interests, has the scope to get bored, even in this 24×7 world of entertainment. It’s how you cope with it that matters in the long run. By protecting our children from boredom now, we are denying them the skills to effectively manage their spells of ‘ennui’ as adults. (I don’t think the Friday night ‘drink all you can’ parties at the end of a monotonous work week count as healthy strategies.)

So, repeat after me—-Occasional boredom is healthy and necessary.

The Boredom ideas! Here are some awesome things you can do:

Anthill Creations: Bringing Childhood Back One Playground At A Time

This counter-terrorism expert explains a crucial thing about crime against women and children(Hint: It begins earlier than you think)

Host Your Voice FREE Giveaway for Mompreneurs and Social Entrepreneurs

5 Steps Parents can take to curb Corporal Punishment in schools

Impact Education, In the Media SpotLight

Matific Galaxy: The Fun Math Practice Platform That Turns Into A Math Playground