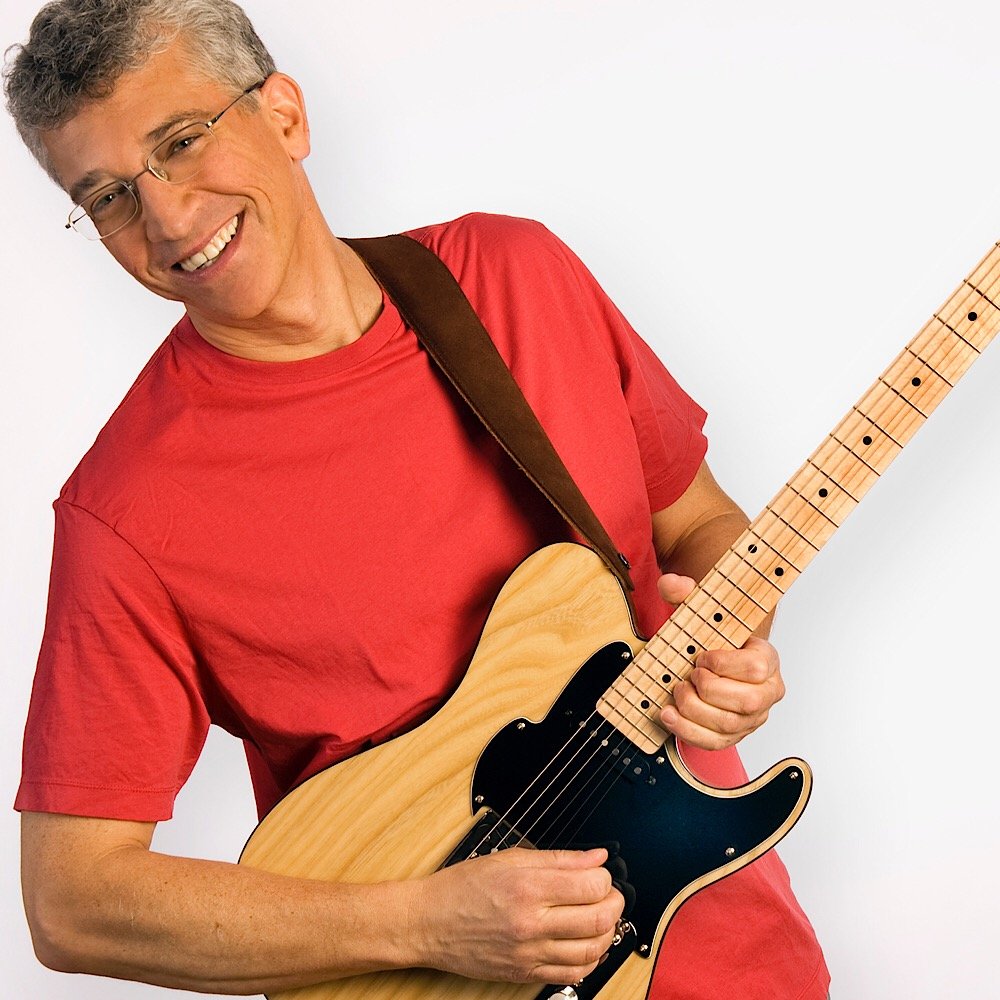 Ben Rudnick is a Boston-based pioneer of the kindie music scene who has delighted families nationwide for nearly two decades.  Propelled by a sonic boom of critical praise crowned by seven Parents’ Choice Awards and a John Lennon Songwriting Award, Ben Rudnick is delighted to share news of three music videos and singles as 2018 comes to a close.

Affectionately nicknamed “the Grateful Dead for kids,” Ben Rudnick and Friends create a jam band dynamic that takes their concerts and recordings to a stratospheric level. The band’s instantly identifiable brand of adventurous musicianship soars spectacularly across a spectrum of Americana, bluegrass, western swing, reggae, country, folk, and the many flavors of rock. The band has been have been joyfully laying down the soundtrack of families having fun together since 2000, performing more than 900 live shows throughout the country during that time.

Ben Rudnick recently discussed these experiences and more via an exclusive interview.

Meagan Meehan (MM): How did you initially get interested in music and how did you form your first band?

Ben Rudnick (BR): I heard The Beatles. When I was growing up we lived near a pizza place that had a jukebox. At some point I heard Revolution and really had to know what it was. Finding out took a while but that was the seed. I did play music with my pals from High School through College but I didn’t form my first band until after finishing school. That band was a duo with John Zevos who is the Ben Rudnick and Friends mandolin player.

BR: The songs for Ben Rudnick and Friends were initially inspired by life with my daughter and some childhood memories of mine that were brought back by spending time with her. We have a song called Sally Salamander, a quintessential BR&F song, which came about because of a little stuffed salamander souvenir my daughter got on vacation. She called the newfound pet “Sally Sally Salamander.” I took the liberty of shortening the title.

Another time Emily was marveling at how anyone she met could become a new friend. Out of that came the song “I Got a New Friend” on our Blast Off album. Tripp, the alien friend, went on to have adventures in another song, The Adventure Song, and is a central character in the play, A Frog Named Sam – A Musical for Children.

More recently, with my daughter now twenty-three years old, life around me will spark interest. For the song Little Bitty Critter, I actually have a big fluffy white cat named Pluto who likes to chase mice when he can find them. He’s not the most successful cat on the block but it is inspiration. New World in Sight was inspired from the news of the day. It’s an optimistic, family-oriented slant on the thought that we can make change but we need each other to do it.

MM: How is your recent album different from others?

BR: Mostly the difference is that, for the moment at least, I’ve backed off the idea of a traditional album. It was important to me to make full-length recordings for eighteen years. I wanted to give folks their money’s worth! I also have always liked “great” albums where the songs flowed and all the songs together create a greater whole. It’s an art form for sure. Throw in some terrific cover art and WOW! I love great albums! But in modern times new cars don’t have CD players. Releasing individual songs gives you something to talk about on social media as each song is released. The upside of that is that it can create an ongoing conversation which it seems is necessary to enrich your brand. I’m not saying I’m a branding maniac but the times have changed and I accept that. For bigger artists a whole album makes sense. At my level (micro-notoriety), albums don’t make as much sense.

MM: What are some of the most memorable stories you have about being a musician?

BR: Our band has played over 900 shows. Our live shows are cross-generational in a big way. We really like playing for families with young, old and older in attendance. Here in Massachusetts, summer evening concerts on town greens are a common thing. All walks come to these shows. One time we were playing in Andover, MA on just the most perfect summer evening. We were playing our Iz inspired version of Somewhere Over The Rainbow and seeing an older couple, clearly in love, somehow waltzing to this reggae inflected song was just the best.

Other times seeing a little kid lock into what we are doing and sticking with us for a whole show is just plain fun and always a sight. The kid might be dancing in their own unique style or acting out our lyrics. It’s a big compliment and did I say just plain fun?!

The recording studio can also have some real highlights. Finding the perfect part to add to a song or hearing a full-blown horn section add their part is quite a charge. Our songs Love is a Superpower and Wake Up Happy have horns galore.

Having big name guests record on my songs is a major compliment. Margo Timmins of Cowboy Junkies sang Everything is Alright on our second recording, Fun and Games. I got to be there when she did it and she did it in one take! One! Take!

Buddy Cage, pedal steel player from the New Riders of the Purple Sage added parts to our songs Cowgirl Song and Chet’s Fabulous Diner from our Grace’s Bell CD. In my musical view, Buddy is a legend. We got him to come and play with us at our Tenth Anniversary Show. Talk about highlights!

BR: It’s much easier to target fan favorites. Those would be A Frog Named Sam and Macaroni and Cheese. We get requests for others regularly but those are the two biggest.

My favorites…. honestly, I just love them all. It’s a great family of songs. Some songs give me chills when I hear them like Jessica’s Song from the Fun and Games recording. It captures the magic and resilience that kids are capable of.

If I have to pick one song that we play live regularly that feels super special, I’d have to say it would be Drink it Up from our A Frog Named Sam disc. I wrote it for my daughter Emily. It’s about the moments of watching her grow and the flashes of love that happen and I want to “drink it up and take it with me.” A fan in New York City proclaimed, “that’s what it’s all about!” I agree!

BR: We really have the best fans. Everyone is kind and loving and just couldn’t be nicer. The most memorable times are when we’re in the middle of a town green on a summer evening or a local farm turned concert venue and it’s just PACKED. Kids are running around, folks are grooving and the band is in fine form running through requests or whatever it is the moment calls for. I think what makes that situation so special is that we’re part of a greater whole. It’s not about us. It’s about all of us.

I do have to say running into fans in an ice cream shop in a vacation town such as Kennebunk, ME and having them say “You’re Ben Rudnick! We just listened to your CDs all the way here. THANK YOU!” really makes me feel like I’ve made a great contribution to society. We’ve all been in that car! Knowing that I’ve been helpful and having my music enjoyed by all, making the trip a good shared experience means more than I can put into words.

BR: Our play, A Frog Named Sam – A Musical for Children, will be performed by the Watertown Children’s Theater in Watertown, MA in the summer of 2019. That’s a big deal! I’m looking forward to sitting in the audience and seeing the kids and supporting adults perform my songs. That’s a big goal!

Playing the guitar really well is important to me. I’ve been working on that quite a bit. Keeping the band fresh musically is important to all of us. New skills, new sounds and broader shared vision… it all adds up to a better band and more fun for all involved. There’s a certain “how far can we take this musically” thread that runs through a lot of what we do.

BR: Yes! I’d just like to say to anyone who has read this far… check out our recordings. From my experience, they really do make family life more fun for all.

Can You Feel It?: Interview with singer Jessa Campbell

Ants Ants Ants Release Album Titled “Why Why Why?”