This review and author spotlight series is part of the #HarperChildrensFestivalList reviews by Kidskintha.

Books are children’s best friends, but even more so when the books help to give them an understanding of their own culture and a sense of self in the growing years. India has played host to some of the greatest minds in human history, whose wisdom, inventions, and discoveries are still used by the modern world in one way or another.

Sreelatha Menon’s new book ‘Learned Men and Women of Ancient India’, a Harper Collins Children’s Festival pick is a brilliant book that brings the lives and works of India’s Rishis and Rishikas. There is ample evidence of the immense contribution of women in ancient India in several disciplines.

The book is divided into 30 chapters and delves into the lives and contributions of important rishis like Vyasa, Agastya, Valmiki, Brahma, scientists like Aryabhatta, doctors like Sushruta and Charaka, rishikas like Lopamudra, scholars like Gargi, statesmen like Chanakya, and many more.  These men and women have played a vital role in the shaping of the civilization of our country and Sreelatha, through her book, does a fine job of bringing them to the fore in simple, relatable language for kids.

We got to do a little tete-a-tete with the lovely author of Learned Men and Women Of Ancient India.

Read on for the excerpts.

Kidskintha: I thoroughly enjoyed reading Learned Men and Women Of Ancient India.  Congratulations on making it to the 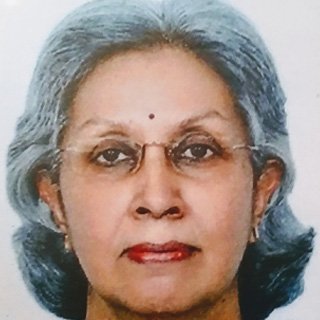 Sreelatha Menon: Thank you. I can’t tell you how happy it makes me to hear that.

Kidskintha: How was the experience of writing a book collating information on several of ancient India’s personalities, as opposed to writing focused on one personality in your earlier works?

Sreelatha Menon: It was great fun actually. Not that I minded writing about one-personality books either-I enjoy doing those too- but variety also has its charms. When Tina Narang my editor asked me to first make a list of personalities, it was like having to choose from a plate of Diwali sweets. I didn’t know which one to choose as in what would appeal to kids-which one would be better. After we had finalized the names. I tackled them one by one. I love researching. So, shaping the material collected on each personality into composite chapters on their lives gave me a tremendous high.

KK: Can you tell us a little about your process of research? Was it all online or did you go to libraries and such?

Sreelatha Menon: The moment I am given a subject I start to collect material on it- both physically and mentally. I first google it. Then I read up everything I can lay my hands on -from articles to opinions. I also buy up books that others may have written on it so that I get an all-round perspective. I use the internet a lot.

KK: Who was the hardest personality to research?

Sreelatha Menon: Lord Brahma and the creation of the universe as we know it and the origin of the Rishis. There were so many versions and I had to choose the one that I could relate to. Only then could I make it believable for children. So, the first chapter took a lot of researching and rewriting.

KK: I believe it must be quite challenging to write a children’s book drawing from such heavy resources.  Tell us about that part.

Sreelatha Menon: The most difficult part of writing a children’s book, for me, is to get the first chapter and the opening para going. Once I feel I have got that right the rest usually will flow-and is easier. If the opening lines aren’t striking enough to hook not only a child’s interest but also that of a parent who is going to read it to him or her I feel I have already lost the plot. So, I try hard to start every book or chapter I write with words that might pique their interest and make them want to find out more.

For example, when I did ‘Guru Nanak’ I knew I had to do something other than the ordinary to make it work. I had to be careful not to offend too. It was such a holy, religious and so serious a topic. So, I took his disappearance into the river as my opening chapter and made it a mystery that anybody might want to unravel. At least I hoped it would 🙂 and I have had parents even children tell me it did, so😊

KK: What are your suggestions on good research resources for writers on India’s ancient history?

Sreelatha Menon: There are many authors on India’s ancient history. It depends on what aspect or part of ancient history you are writing on. Vanamali for instance for understanding the Rishis and the Vedas and other spiritual experts to get an all-round idea, so on and so forth. Also, the internet as a library is a treasure house of reading marvels especially about things past.  I could access material on any aspect -some so old that they were out of print and then ‘amazon books’ that will deliver any book you want instantly.

KK: For an aspiring writer on India’s ancient knowledge, what would be your advice?

Sreelatha Menon: Read-collate- Read-collate- Read and then follow the threads. Very important to connect the dots as there are so many diverse threads to tie together. There are stories within stories so much so nothing is complete in itself.  You need to understand all or many of them at least superficially even to write maybe just one diverse aspect or part of it. So even if you don’t know anything about the subject before you start to write -which is usually the case- read, read, read and absorb everything about it and even allied to it till you know all there is to know. Then start and you will be surprised how easy it flows.

KK: What is your literature inspiration?

Sreelatha Menon: Any and every author I can lay my hands on and I read all the time. Mysteries, thrillers and who- dun- its. Very basic- from Enid Blyton and Agatha Christie to John Grisham and everything in between. Since the age of maybe 7 or 8 a book-any book that had the semblance of a story was my inspiration and continues to be so.

KK: What are the ethics of writing about historical figures?

Sreelatha Menon: You need to stick to the facts that are out there. You have to be true to that person whatever your opinion might be. You may like her or him /dislike her or him which is but natural but when you write you need to be impartial, neutral and not judgemental. Also, try to make sure everything-even if it is only a mention- is included. The reader should not have to find or go looking for any (expanded yes) new information in any other book.

KK: How many hours a day do you write, and at what time of the day?

Sreelatha Menon: About 5-7 hours a day. After breakfast and before lunch. Then after tea till dinner time

KK: Tell us about your upcoming projects.

Sreelatha Menon: ‘Aithihyamala for Children’ should be about soon. It is on the legends and folklore of Kerala based on the original classic. Also trying to complete an adventure mystery based out of India. Then there are some discussions going on about more stuff on mythology as well. Let’s see where that goes. Keeping my fingers crossed 😊

KK: A few words about Kidskintha?

Sreelatha Menon: I find it a marvelous resource for us. Extremely interesting. ‘Raising parents’ hits the nail nicely on the head too. It’s truly required.

‘Learned Men and Women Of Ancient India‘ is available on Kindle and all major bookstores.

She Loves Me All the Same: Interview with Author Alisha Gaddis

Book Review: Maya in a Mess by Meera Nair

Never Stop Believing In Your Dreams: ‘Sera Learns to Fly’ by Katha Books