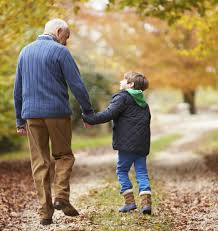 I sat with Khyati (name changed), a lively 5-year old and talked about her vacations to her grandparents’. Khyati talked animatedly with her eyes wide open; the way only children can talk without any preamble. I asked her when she was going next. Her agile face immediately transformed into a mixture of sorrow and innocence, again, the kind only children can manage. “ We may not go again; they had a fight.”

Adult relationships are plagued with misunderstandings. I do not know of a single relationship close enough that has NO friction at all. Moms/daughters, Dads/daughters, Sons/moms, Dads/Sons, mothers-in-law /daughters-in-law, brother/sisters, even close friends; every relationship has its own sour points and those ‘better-to-shut-up-than- to- talk” moments. Oh, yeah- not to mention husbands and wives. Somehow, in all this, a child’s relationship with other important adults (grandparents, etc) should not get sidelined.

The most common and insidious ways that this happens are.

So, is there no way out? There might be, if we stepped back and reconsidered our positions.

In cases of a physically or emotionally abusive relationship; it’s a much better approach to sit the child down and talk to him about the choices. If the relationship has to end, he deserves to know why, and what he should expect next. But feeding him bits of our own anguish every now and then, after having made a decision to stay in the relationship can be even more detrimental.

Most cases are non-abusive but annoying parts of a relationship. It is really a great policy to pledge to keep your children out of your issues. Even if you have just had a hot new fight with your parent or in-laws, refrain from stopping your children from spending time with them. It will help your children learn to separate issues from people. “Mom doesn’t like granny doing this- but that does not mean she doesn’t love her anymore”.

Are children never supposed to learn of your power struggles? One of my friends once lamented, “I wish I knew my mom had those struggles with my granny. It would have helped me understand her more as a person. Sometimes, I have judged her harshly.” At one point, when the children seem ready, it’s really okay to bring them to see our side of reason as part of a conversation rather than indiscriminate constant ranting. But even then, we need to make it amply clear that their relationship need not change based on our own.

Our children should not have to deal with the stress of our inability to get along with their loved ones. Its never a good idea to spill your unresolved issues onto the next generation.  With the exception of risking their safety; involving a child in adult differences should never be an option. They have a right to make, build and foster their own relationships.

Our children really deserve all the love the world can offer.

The unseen and the untold… 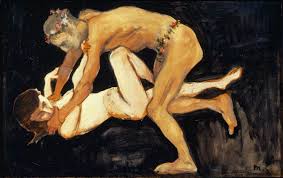