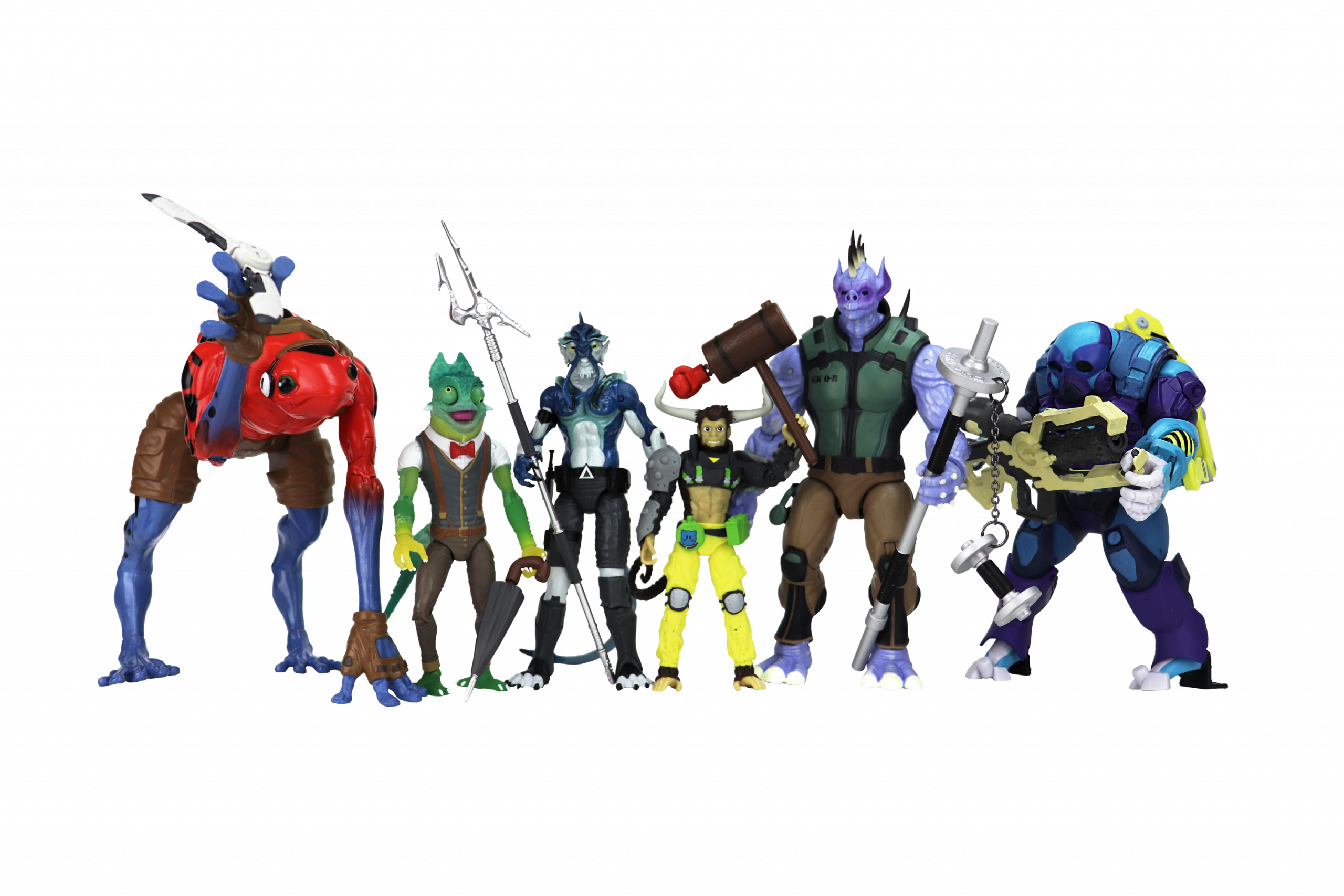 “Alter Nation” is the first series released by Panda Mony Toy Brands, a new toy company that is focused on creating original entertainment brands for children to enjoy via figurines, comics, and television shows. Their inaugural line is entitled “Alter Nation” and it consists of six teenage human-animal hybrids dedicated to protecting humanity from forces that no typical human can defeat. The series begins as a high-quality toy line and branches out into comic books (which come with each toy collected), an animated web-series and more. Panda Mony has partnered with Lil Critter Workshop to develop and create an animated web-series based on the brand and have also partnered with Dark Horse Comics to launch the brand’s graphic novel series as well!

Formed in 2017, Panda Mony Toy Brands, LLC’s goal is to become a leader in children’s entertainment through the manufacture of toys and by licensing their original character brands to film, publishing, and animation studios. Panda Mony respects a child’s intelligence, eschew indoctrination, and encourages self-discovery. The company encourages healthy physical and psychological development and time spent between kids and their guardians. 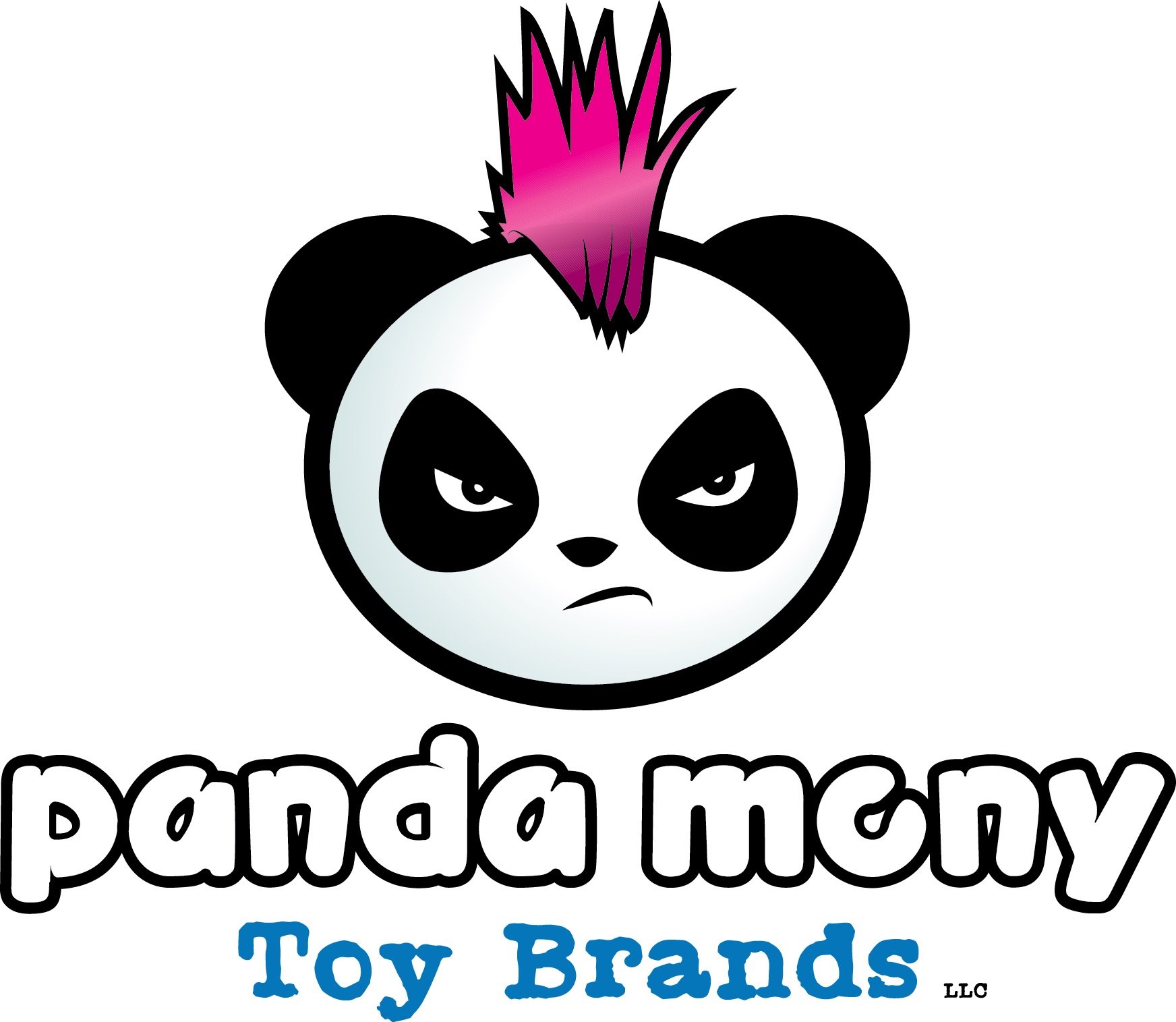 Founder and president of the company, Ryan Magnon, recently discussed this company and his hopes for its future via an exclusive interview.

Meagan Meehan (MM): How did you initially get interested in toys and how did you enter the industry?

Ryan Magnon (RM): I’ve been making up character and story concepts for years. I didn’t grow out of watching toons and collecting toys in my teens or twenties and I felt like I had a knack for making up new and interesting characters and stories, so I chased that dream after doing the “smart” thing by going to college for computer programming. I ended up going into kid’s toys, as opposed to cartoons, collectible toys, or comics, because those entertainment mediums had a lot of great, independent, new brands. Conversely, in kid’s toys and especially action figures, we saw the same brands that have been around for over 20 years. Power Rangers was the newest brand I saw on the kid’s action figure aisle at on a trip to TRU back in 2017 when I first started planning this company. So really, it was just a matter of market differentiation. We knew it’d be an uphill battle to build a new entertainment property without permission from the established players, and this was a way we could stand out and alleviate some of the risk.

MM: Did you establish Panda Mony Toy Brands specifically to launch “Alter Nation” and what was the process of starting a company like? Also, why did you select that name?

RM: We established Panda Mony to build new kid’s entertainment brands using toys as the medium. “Alter Nation” just happened to be the first that the kids liked the best after several meetings with dozens of kids for their feedback. We hope to jump into other categories next so we’re not just seen as an “action figure company” although, that might not be a bad thing if we end up doing another action figure brand. Your readers will just have to keep following us @PandaMonyToys to find out what the future holds! See that? I segued into a shameless plug flawlessly.

MM: How did you come up with the concept and name for “Alter Nation” and how did you think up the characters and stories?

RM: We had about two dozen concepts to find the one new brand we were going to bank on. Each of these concepts had a simple two-sentence logline describing the story and some borrowed or photoshopped concept art to help give kids a visual to convey the tone and some character ideas. We tested those 20+ concepts with a group of kids. They gave us feedback. We refined their favorite concepts and further developed the story and art then did another round of testing with kids. We kept doing that until we whittled the list of concepts down to one while refining the story and characters based on their feedback.

MM: Be honest, do you have a favorite character? If so, which one and why?

RM: It used to be Quillroy because he was just so unusual with the character design, but now it’s Albert. His toy comes with so many fun accessories and he has the best personality. Honorable mention to Sham who also has some really cool toy features and a secretive, morally-gray personality.

MM: How did you get Dark Horse Comics involved?

RM: Quality and tenacity. First, we hired very talented people to develop our promotional materials, story, and character development. Second, I stopped letting myself feel intimidated when putting myself out there to try and get business done. The worst people can do is tell you no, and usually in entertainment, it’s never a straight no. Dark Horse was different. You just have to keep going. On a lark, I ran into Nick [McWhorter] at a convention told him about what we were doing and gave him my card. I give out my card to everyone and accept that I am most likely to get the “Hollywood No” where they politely tell you “I’ll take a look” or “we’ll see,” Nick actually followed through and forwarded it onto the people who review pitches, Meg [McPherson] and Kari [Yadro]. To this day, I think, what a cool guy he is for actually doing that. Meg and Kari are also super cool people who became champions for us at DHC because they were blown away by how good our materials looked and how well designed the story was. We made the deal and they also picked out the best team for our particular brand to get a graphic novel done. The rest is present history, which isn’t really history, but something in the works I guess.

MM: The initial figurines are really impressive since they not only include accessories which pair perfectly with them, but they also are made with a variety that adds textures (such as soft plastic tails rather than hard). How long did it take to design each one and then find a manufacturer?

RM: The market research took about six months the design and development took about another eighteen. We set out to make a toy for kids from the beginning, but we were new to the D&D process. Our development goal was to have it done in twelve months, but we had two major setbacks and one minor. The minor setback was just not directing modelers better. Having a 2D turnaround along with planning the articulation first before going to 3D modeling would’ve saved some time, but we thought we could wing it. The major setbacks were that we thought it’d be much easier to remove features to cut costs than it ended up being. Our first figures had excessive paint details that we had to cut or else be stuck with an $80 MSRP figure. Since we were building an all-ages brand, which we primarily wanted kids to establish, we knew we had to be around $15-25. The second major setback was not going to a model shop first. The model shop works out all the kinks in engineering articulation and whatnot. We went straight to the factory to do it and we were essentially relying on one party’s engineering capabilities to tell us when something could or could not be done as well as their engineering solutions under intense pressure and time constraints.

MM: How are you marketing these toys and where are they currently available?

RM: We did premarketing with Facebook and Instagram to get adult collectors. When we launched presales, we were able to offer our early followers exclusive versions of the characters and special deals. After launch, we advertised on kid-focused mobile apps. When Diamond Comics started selling our product, we advertised in their Previews catalog and they also were kind enough to feature us on their YouTube toy shows. The most challenging parts we’re finding to marketing is letting kids know about the toys as regulations make it difficult. I have a daughter, I fully appreciate wanting to keep kids safe, but maybe it’s not the most dangerous thing in the world if they are made aware that a toy exists, you know? These regulations generally favor the companies that can buy multi-million-dollar campaigns, so we have to get clever. Luckily, clever is one of my many middle names, and I have ritually renamed the rest of my team into also be part of the ancient Clever Clan and we are not going to let this stop us. 2020 is going to offer some new tactics to reach the 6+ demographic that a lot of big companies aren’t doing.

MM: What’s your favorite thing about being in the toy industry thus far?

RM: I’m a jack of all trades, a master of none, and it’s very fulfilling to just be able to dabble in a little bit of things I find really interesting. I get to fulfill a love of science and tech in trying to apply new and old science to toys, I get to push designers to experiment with their art where other companies constrain them, I get to crunch numbers with my bookkeeper, and I get to get a bit of psychology in when I try and empathize and understand buyers in our marketing and sales meetings. I also am travelling more than I ever have in my life. Creating Panda Mony in a lot of ways lets me put a lot of skills I didn’t realize I was developing to the test.

MM: Are you planning to feature other toys, games, and series under the Panda Mony Toy Brands soon? If so, can independent inventors reach out to you with ideas?

RM: We are planning a lot of other brands. Our company’s business model is to not pay royalties or licensing fees so that we can pass those savings on to the consumer. It’s not an ideal scenario for inventors, so we don’t take solicitations for legal reasons. That said, we are on the lookout for other content creators who’ve already established their property or have a track record of creating new brands. A partnership arrangement with a company or creator like that is definitely something we’re open to and in fact we had a meeting today with one such creator. Ultimately, it depends on what the kids tell us they want.

RM: For “Alter Nation,” our immediate goal right now is to attain one or more partners to make an Alter Nation streaming or TV series. We’re in talks with multiple studios for that. Alter Nation is also getting 2 new action figures for 2020. We’re also working on brand number 2. Kids and parents will decide which that is, but my hope is to get to do a fashion doll line and knock that pretentious Barbie person down a peg or two!

Giveaways, In the Media SpotLight